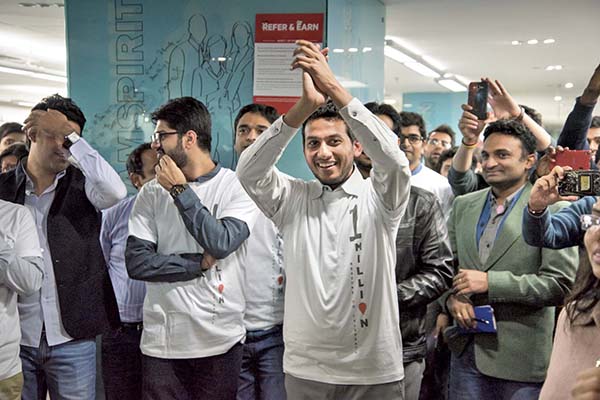 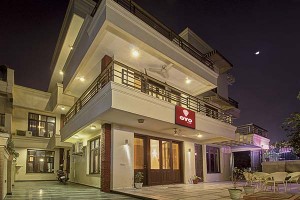 When it comes to success, age is really just a number. Ritesh Agarwal started selling SIM cards at the age of 13. By 17, he had dropped out of college since he felt there was more to achieve by chasing his entrepreneurial dream. Today, at the age of 23, he’s a millionaire and the founder of India’s largest branded network of hotels, OYO, a start-up which has a presence in over 200 cities across the country.

Talking about his journey so far, he says, “I dropped out of college since I felt that continuing with studies meant I would lose out on time that could otherwise be utilised in building a business. I have also been fortunate to get opportunities such as the Thiel Fellowship, through which I received the mentorship and the guidance of a visionary like Peter Thiel, the co-founder of PayPal. It has been among the most transformational experiences of my journey. I believe different things work for different people, and as long as you are sure about what you want to do, you should follow your convictions.”

At the start
Agarwal was born in Bissam Cuttack in Odisha and grew up in a small town called Rayagada. He belongs to a middle-class family and is the youngest of four siblings. He envisioned starting his own business since his school days. But growing up in a small town meant he had limited exposure to big businesses. Yet, his dogged determination saw him trying his hand at various things even as a kid, from selling SIM cards to fast-moving consumer goods.

He was also good in studies and simultaneously attended convent schools in town. Eventually, he moved to Kota in Rajasthan to prepare for his engineering entrance exams. That’s when he started travelling to Delhi to attend start-up meets and mixers and understand the space. He ended up dropping out of college eventually, deciding to focus instead on starting something in the travel sector. 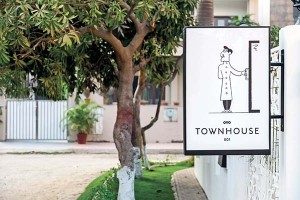 The spin-off
In 2012, Agarwal launched Oravel Stays to list budget hotels online. To add more hotels on this platform, he travelled for about three months across the country, staying in over 100 different hotels, inns and bed and breakfasts. “A majority of my experiences were less than satisfactory. I understood that the issue with budget hotels was not discoverability but lack of a predictable and standardised experience,” he says.

In 2013, Oravel pivoted to OYO with the promise of delivering predictable, affordable and ‘anytime-available’ stay experiences to customers. The team worked with many small hotels on their inventory, after auditing and transforming their rooms to a set standard. Often this meant physical repair, construction, and installation of fixtures and amenities. Partners would see a jump in revenues and occupancy rates within six months of signing up. In just three years, OYO became the largest hotel network in India with 7,000 hotels across the country. 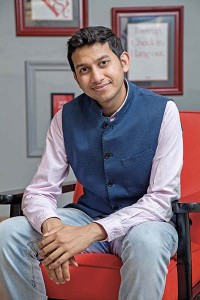 A unique mix
What probably works for OYO is its unique model. It uses a mix of technology and operational acumen to transform and standardise hotel rooms, and makes them available for booking via an app, the web, a call centre and channel partners. It also provides tech solutions to hotel partners to enable better revenues and profits; and most importantly, uses customer feedback to ensure delightful service and experience. Elucidating on the unique name of his start-up, Agarwal says, “OYO is a quirky and memorable name that resonates with young, tech-savvy customers. We did not necessarily intend it to mean anything. But today, along with the red logo, it has caught on and enjoys a high brand recall.” Starting with a single hotel in Gurgaon, OYO is today present in 200 cities, offering over 70,000 rooms. It has led to over 40 lakh check-ins to date. Agarwal says, “We take pride in our network’s strength because our intent is to provide customers a reliable option wherever their travels take them.”

Changing mindsets
A lot has changed since OYO’s inception in 2013. During the initial days, the obstacles were convincing investors, securing funding, being able to develop a strong partner ecosystem and attracting prospective employees. The biggest challenge was to convince people about a new concept. Today, the test is to continue to better the experience and service standards, be able to manage the huge network and continue to create value for the future.

And it is doing so. Last year, OYO started offering sunrise check-ins from 6 am at some of their properties. Now, the company also has operations in Malaysia, and there are plans to offer service apartments and homestays by the end of 2017. Agarwal says, “I am grateful and proud of what I have achieved, but there is so much more to do. I never feel stressed with work; there is a sense of adventure and a strong purpose in it. My work is my passion.” 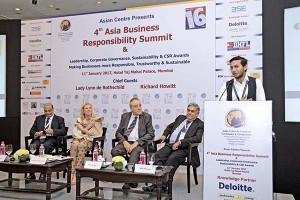 Trouble on the way
There were a couple of bumps along the way though. In 2016, reports emerged that Oravel Stays, which runs OYO, was clocking losses of `46.9 crore per month. Experts also stated that the kind of growth that OYO had seen over the years was unsustainable. They gave examples of ventures such as Stayzilla and RoomsTonite that shut shop because of trouble with cash flow.

Agarwal, however, is unperturbed. He says, “In India, where there are over 20 lakh unbranded hotel rooms in comparison to 1 lakh branded rooms, there is high demand and plenty of room to grow. Online travel agencies bring distribution strength. But supplier repair and quality control by hospitality experts such as OYO is essential for the growth of the Indian travel market, especially in the budget segment. We are confident of driving long-term future growth in this business.” He also differentiates OYO from immediate competition. “Innovation and disruption is in our DNA. Our teams are agile, data-oriented and customer-focused. All these values contribute to our momentum,” he adds.

Trending now
Over the past few years, there has been a marked change in the way Indians travel. From sporadic holidays once or twice a year, Indians now travel more frequently and often indulge in short-notice or impulse travel. In fact, the team at OYO found that 61 per cent of their hotel bookings in 2016 came from impulse travellers, i.e., people who booked a room less than a day before check-in!

The interesting thing is, despite this trend of unplanned travel, customers expect a predictable stay experience. Among guests, Wi-Fi, complimentary breakfast and hygienic rooms come up as their three biggest priorities. And in the years to come, this behaviour is expected to manifest itself further.
Agarwal is up for the challenge. He says, “One of the things that I learned while building OYO is to create an ecosystem of innovation by empowering people and making them partners in success. I am very lucky to have a great set of colleagues at OYO.”

Moving on
In his free time, Agarwal likes to cycle and practise yoga for relaxation. Catching a late-night movie with friends (mostly colleagues) is also a de-stresser. As a Marwari, he believes the community exemplifies keen business acumen, hard work and risk appetite. These are really important qualities that help in building strong businesses. He says, “I think exposure to examples from the community, conversations and an underlying focus on building value have helped me shape my own business outlook.”

Lastly, Agarwal says he wants to establish OYO as one of India’s top consumer businesses. He says, “Our aim is to create a perfect equilibrium between location, comfort and pricing by using technology and a skilled talent pool to deliver predictable, affordable and ‘always-available’ hotel accommodation to travellers.”