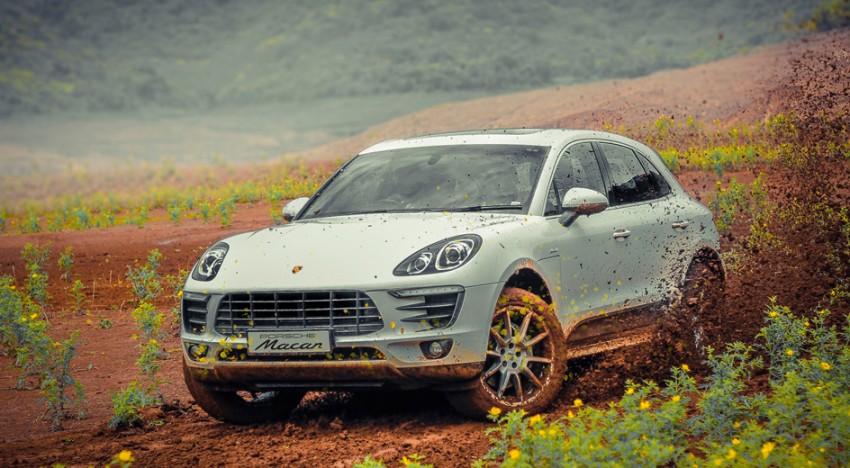 Let’s talk about James Bond for a second. He is the ideal gentleman, well groomed, handsome and charismatic. Despite his dapper style, the man is always ready for the kill. On an assignment, he relies on his intelligent tech gadgetry to run down his enemies… and that’s the best way to describe the Macan S Diesel. It is a perfect blend of the practical, everyday compact SUV in a dashing suit, which can be ripped off for a sporty experience that makes for an action-packed weekend blockbuster. 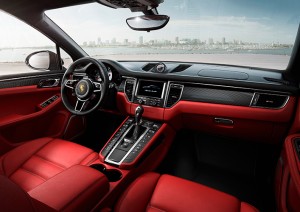 It’s a Porsche, and unless someone has been living under a nuclear fallout bunker for the last 50 years, it’s the badge that metaphors for rational, everyday sports car. Sure, Porsche evolved this DNA initially with the Cayanne, but the Macan assures on the promise with a rightful sequel. While you might have heard that the underpinnings of the Macan are from Audi’s Q5, there is no resemblance since Porsche has tossed out more than 80% of its parts, replacing them with their exclusively developed ones. Developing from the 84-year-old gene pool from Stuttgart, Porsche debuted the Macan in 2014. And the end product is quite fantastic. Taking inspiration from the 911, Boxster and Cayman, the Macan draws to an acquainted face with underlying distinctiveness. From the outside, its clamshell bonnet and blacked-out front grill lend a muscular character to the front, and is carried to the side by a dominant shoulder line running all the way to the rear, wrapping around the sleek LED tail lamps. The quad-exhaust system at the back is a hint of the Macan’s angry side. At the back, there is a respectable sized boot providing 500-litres of storage, extending to 1,500-litres when the rear seats are folded flat. 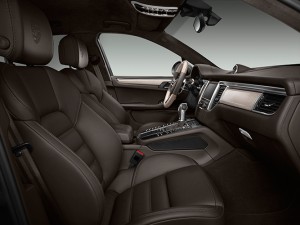 You are welcomed inside with premium waft of select leather, alcantara and aluminium. A Panamera-styled console sits in the centre while all the instruments and buttons are slightly angled towards the driver. You sit low inside holding the multi-function steering similar in design to the Porsche 918 Spyder, with aluminium pedal shifters and controls to access multimedia, telephony and on-board computers. It’s a sporty cabin, until you look at the space behind. The centre dashboard carries a 4.8-inch touchscreen to further delve into the car’s vehicle management. And the leather 18-way adjustable sport seats offer excellent side bolstering and thigh support, lending a cosy and cocooned feel. This extends to the back seats that come in a 40:20:40 split, making accessing boot luggage very convenient. It is a well-appointed cabin, which feels accommodating and sharp. Look above and there’s a full panoramic roof, great for the spring skies. And to indulge even further, the Bose 11-speaker surround system sings, adding aural delight.
Turn the signature Porsche ignition switch and the 3.6-litre V6 diesel quickly settles to a quiet rumble. Slot the seven-speed PDK dual-clutch gearbox into drive and push the right pedal towards the floor, and the first thing you notice is the noise, or rather lack of it. There is absolute silence from wind, tyres or the V-6 that hums under the bonnet. The sound dampening makes it very easy to forget the refined diesel underneath, and the Macan continues the trend till you bury your right foot deep in the carpet. By doing so, the dual-clutch PDK gearbox swiftly jumps down a few cogs, readying the engine’s 258bhp power and the 580 Nm torque ready to hurl ahead like whipped horse. When in manual, its specially overwhelming as you hit the rev-limiter quite frequently between first and third gear. From standstill the Macan S diesel is a whole 2.2 seconds faster to 100kmph compared to it’s closest rival, the Range Rover Evoque SD4.
As the revs climb, the V6 diesel lets out a subtle wail so reminiscent of Porsche’s exhaust notes. Press the ‘Sports Plus’ mode and the chassis immediately wakes up to the command. The air suspensions lower the car 10mm to the ground while stiffening the dampers and making the whole chassis taut. It’ still comfortable though, unless you hit a bad patch of tarmac that appears to have taken a shotgun to the face. In such a situation the air-suspensions can be reverted back to comfort mode with a simple button. And if you somehow land up in a deserted wasteland then one press on the ‘Off-Road’ switch increases the ride height by a whole 40 mm. With the onset of some smooth tarmac and corners ahead, I decided to keep the “Sport Mode” on. And it is here that the Macan puts on its “007-action-face”.
While tipping the scales at nearly two tonnes, the Macan hides its body weight like a corset-wearing gymnast. Turn in the electromechanical steering and the car changes direction with superb control, while the four-wheel drive system digs into the surface ensuring that the SUV stays the course. The negligible body roll from the taut chassis heightens confidence. All this while the Porsche Torque Vectoring system unobtrusively works underneath with the rear electronic differential shifting power to the wheel with the most traction further elevating the grip. The Macan is the closest to a sports car experience while driving an SUV. And once you are done with the fun and games, with the press of a button, the Macan goes back to being the charming gentleman in a tuxedo.

The Verdict
The Macan S diesel combines real world comfort and practicality with a smooth yet strong powertrain that can be turned into a solid performer with the press of a button. While it’s
off-roading capacities are enough to get you out of trouble, it completely blows its nose on
the competition when it is about performance. Even with the size it carries around, its
poise doesn’t stray away from the core Porsche DNA. It’s really a do-it-all machine.

ENGINE
Stoking,
V6 turbo diesel
that throws gulps of power till the end
of the rev-range