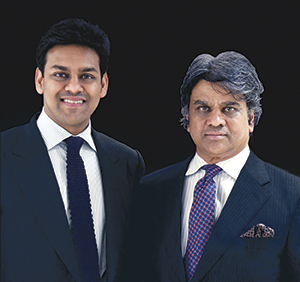 In the world of bling, the Tongyas are a hallowed name, whose single minded dedication to craft impossibly beautiful jewels has given them name and fame across the world. From a humble lapidary unit a century ago to a brand synonymous with undying passion for excellence, theirs has been a truly remarkable journey. 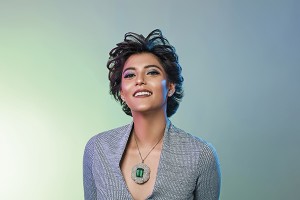 In a country where gold has an inherent cultural and religious connect, to be a jeweller indeed is a glittering profession. To merely craft ornaments, however, is one thing and to stand out from the tens of thousands of run-of-the-mill jewellers that dot the streets and lanes of India is another. And then, of course, there are those like the Tongyas of Diacolor for whom crafting jewellery is nothing short of a divine art—whose singular, overriding passion is to ensure that every precious piece that emerges from their atelier is a sublime specimen of material, craftsmanship and creativity. 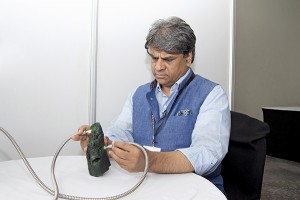 The Tongyas’ exceptional status and repute, however, has not come as a stroke of good fortune but is a result of a century of single-minded dedication, of which father-son duo Rajkumar and Rishabh Tongya are living examples. As industry stalwarts, under their leadership, the family business has grown in leaps and bounds into a globally reputed firm, known for its quality diamond and gemstone manufacturing capabilities, as well as crafting exceptional jewellery, which are marketed through a global trade and dealer network.

So how did it all begin for the Tongyas? Taking us back to the earliest days of the establishment, Rajkumar Tongya says, “Our family hails from Jaipur, Rajasthan. My father, late Chandalalji Tongya got into the trade of gemstone polishing and manufacturing almost about a century ago and set up a humble lapidary unit with a team of five artisans. He was a pioneer in procuring and production of over a hundred different gemstones.” 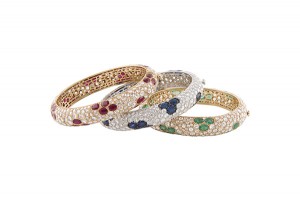 In time, Chandalal Tongya started a lapidary factory in Cambay, Gujarat, which would require him to travel for a couple of weeks by ship to Burma and back. But like fellow Marwaris of his time, he would undertake these journeys with intrepidity, fired by the passion for enterprise, a trait that Rajkumar Tongya says he has picked up from his father.
Bringing on the sparkle
When still an adolescent, Rajkumar joined his father, under whom he apprenticed initially. After completing his education, he stepped into the world of business full-time and thereafter the family firm saw steady growth. “Slowly but gradually we expanded to global markets, starting with Europe, where I met some of the biggest names in the industry, and then there was no looking back,” says Rajkumar Tongya reminiscing. 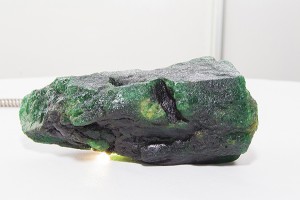 In 1980, Rajkumar Tongya started his first company ‘Worldwide Exports’, his area of expertise being polishing and manufacturing diamonds and coloured gemstones. Working with the biggest names in the industry, he went on to polish some very important diamonds and gemstones. It has been an upward growth trajectory ever since for the Tongyas, who today are a reputed name in the global jewellery arena. Thus, in what began as a humble business over a hundred years ago, the Tongyas have come a long way to carve a niche for themselves as leaders in the jewellery industry, which reflects in its mammoth INR 1200 cr turnover in FY 2016-17. However, in this unusual achievement, Rajkumar’s son, Rishabh Tongya’s contributions have been immense too.

Blinging it on
Rishabh, who holds a bachelor’s degree in business administration from H R College of Commerce (Mumbai) and has studied gemology from GIA, New York, stepped into the world of business after his academics , thereafter imbibing knowledge and skills under his father for a couple of years before giving wings to his aspirations. “I travelled a lot with him initially and then took to my own,” says Rishabh. “I went to various mines from Africa to South America, sourcing gemstones, and that by far has been the most enthralling part of the entire process for me till date.” 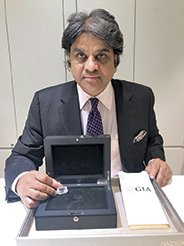 It dawned upon him during these travels that when it comes to contemporary jewellery, there was a void in India. “You see these great big stunning jewels abroad, but not so much here,” he continues. “It was this niche that I wanted to cater to—I wanted to build a brand very much indigenous to India, but with a contemporary design language and international flair and style—a place where a patron could buy fine jewellery as well as the rarest, most beautiful of natural stones in purest form.”

And with that his brand Diacolor and the concept to luxury retail was born which has since come to be an important business vertical for the Tongyas.

“Diacolor is a manifestation of my aspirations and desires,” says Rishabh. “It is a product of my hard-work, passion and creativity. It imbibes the values that I grew up with, principles I hold and dreams that I want fulfilled.” 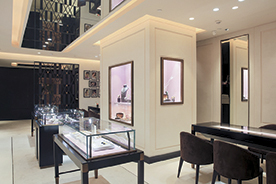 Befitting its name and fame, Diacolor’s flagship store occupies pride of place at New Delhi’s Mecca of luxury, the Emporio Mall, where clients are introduced to the brand and its offerings through appointments. Customers are otherwise acquainted with its products through advertisements and word-of-mouth recommendations, which help it cater to the refined tastes of distinctive clients. Following Diacolor’s success in India, the Tongyas have recently launched an overseas office at the Almas Towers in Dubai, which caters to the Middle-east market. But what perhaps takes Tongyas to the pinnacle of success is their recent acquisition of ruby and emerald mines in Mozambique and Columbia respectively. 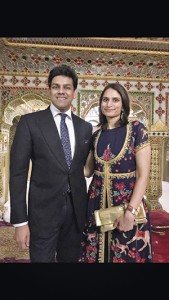 In their endeavour to purvey exceptional gemstones and jewellery, both father and son incidentally also have been adding to their personal collections of gemstones.  This, in fact, has been one of the important milestones of Rajkumar Tongya’s career, who owns a vast number of precious and semi precious gem quality stones, as part of his personal collection. These include some of the finest Zambian emeralds in the world which stand out for their immense depth and mesmerising green colour; luscious red Mozambican rubies of breathtaking radiance; flawless diamonds that personify the marvels of nature; and more. In addition, he has recently purchased the ‘Insofu’ emerald at an auction by Gemfields in Lusaka, which, at 6100 carats, is one of the largest and finest emeralds that have been ever mined. Discovered at the Kagem mine in Lufwanyama,  Insofu— ‘baby elephant’ in the local Bemba language and so named to reflect Gemfields’ support for wildlife conservation and responsible mining practices—is considered “exceptional” by industry experts because of its large size, clarity and colour.

In Rishabh’s case, however, personal collection apart, a good many exceptional stones have also made their way into his exclusive jewellery that gives his brand Diacolor the name and fame it commands across the world. 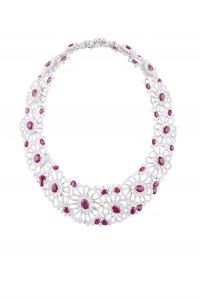 So far, so good for the Tongyas, but what about the future? “I wish to see Diacolor at the pinnacle of luxury globally. It has been received phenomenally well as a high-end jewellery brand, and there is definitely a whole lot more to look forward to,” replies Rishabh Tongya. 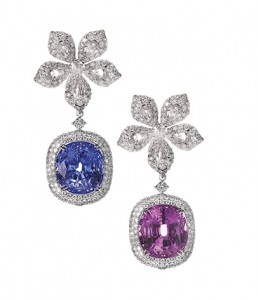 And how does his father feel about it all, having achieved so much in life. “Rather interesting and eventful. Every day is a new beginning and a new learning. What makes it worthwhile is knowing that irrespective of circumstances my principles and believes stayed un-wavered,” says Rajkumar Tongya. In a slightly different vein, the veteran counsels, “Whatever part of the world you may be from, the values with which you conduct yourself and your business will speak volumes for you and earn you respect. It has been my integrity that shone through the products I presented to the clients and uncompromised quality, full disclosure and transparency in my dealings are a few things that I have lived by all through my years.” 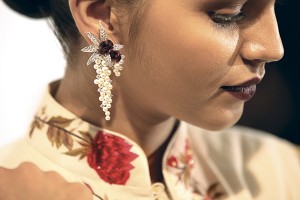 Inspiring words indeed, especially for future generations of the Tongyas, who have much to learn from someone who has been the lodestone of the family business for so many years! From a small lapidary unit to a worldwide name, his role in augmenting the family business, enriching the world of gems with his beautiful offerings and, most importantly, in grooming future generations to carry on the good work  is truly worthy of commendation.