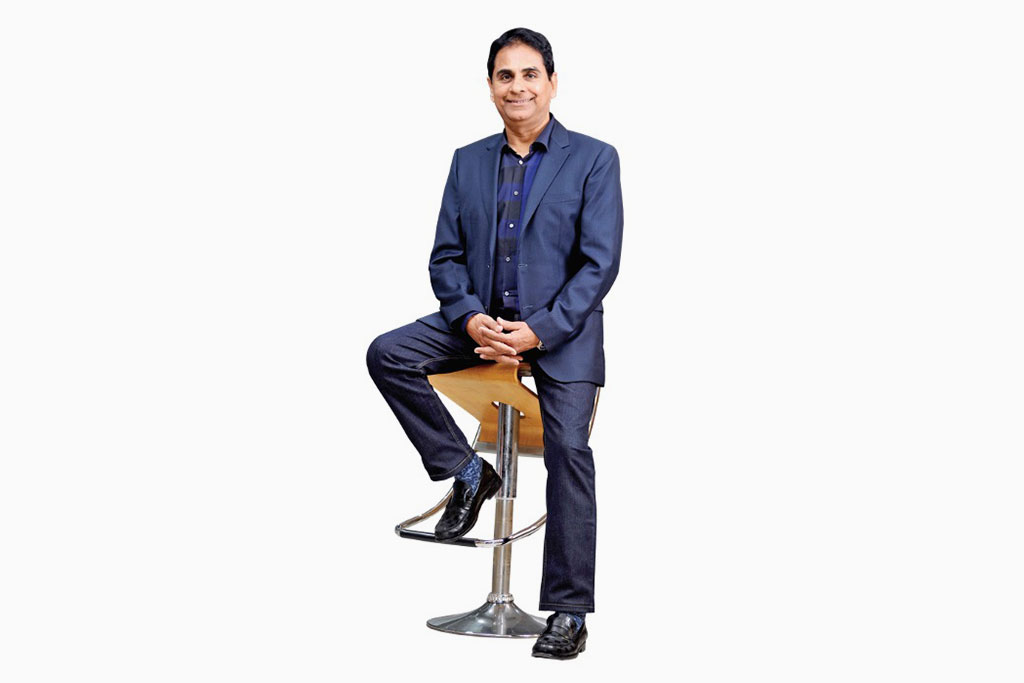 Today, Dr Vijay Kedia and his company Kedia Securities Pvt Ltd are the largest shareholders, after the promoters, in over 15 companies listed on the BSE (formerly Bombay Stock Exchange) and National Stock Exchange (NSE). Early in his investing career, Dr Kedia identified many stocks that have appreciated 100 times in value in the last 10-12 years. And he has been at it for long, since the last three decades!

Dr Kedia’s roots lie in Fatehpur, a town located in the Shekhawati region of Rajasthan. His ancestors, like many other Marwaris, moved to Kolkata in search of better prospects a few generations ago, and he was born and raised in the city. Currently, he resides with his wife, two sons, daughters-in-law and grandson in Mumbai.

Asked about his childhood, Dr Kedia reveals that he grew up in a typical middle-class, joint family in Kolkata, and somehow managed to pass his Class 10 exams from the Hindi medium school where he studied. This was because three months prior to his Class 10 exams, his father passed away. Though he failed in the exams, he was given a chance to reappear for it on compassionate grounds. After passing, Dr Kedia lost interest in studies, but somehow went on to graduate with a BCom degree from the University of Calcutta to improve his marriage prospects. Simultaneously, he got into the family business to support his mother and three siblings. Reminiscing, he says, “Actually, stockbroking was never of much interest to me. Rather, I was interested in trading in stocks in those days, thinking that it was the only way to earn more money in less time and without much capital or academic qualifications.” He separated from the joint family and left the family business some time later to become a stock trader with the Calcutta Stock Exchange. He was 19 then.

Initially, he experienced beginner’s luck as a stock trader, but as years passed, the downs started becoming more frequent than the ups. Thinking about those difficult days, he says, “Ten years into trading, I had not been able to save much money and was struggling to meet my family’s day-to-day needs. There was even a time when I could not arrange for ₹14 to buy a box of Lactodex [a fortified milk formula] for my little son.” To supplement his income, he started a side business of supplying shoes and wire nails to tea estates. 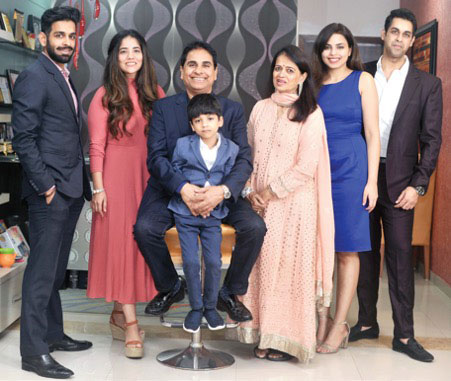 On advice of a friend, Dr Kedia decided to switch from trading in stocks to investing in stocks. He started by investing a small part of his meagre savings in stocks recommended by his friend, which gave him good returns. Thereafter he made a big investment of ₹35,000—which was all he could manage—in Punjab Tractors. He chose this stock, as he had come across news that the tractor industry was turning around. At that time, there were only three to four tractor companies listed in the market, and Punjab Tractors was one of them. It was then that the tide began to turn for Dr Kedia. His investment went up nicely in three years, earning him a tidy return ranging between ₹1,25,000 and ₹1,50,000! He then moved to Mumbai in 1989 and stayed as a paying guest. This was his third attempt to try his luck in the financial capital, after two failed attempts earlier. The first couple of years were a struggle, but he put his money on ACC at the price of ₹300 per share. For the first year, the stock did not move much, but it went up by 10 times in the year that followed! He later sold the stock at a price of ₹3,000per share and purchased an apartment of 375 square feet in Jogeshwari, Mumbai, for himself, his wife, two children, mother and younger brother. And that kicked off a journey that has seen him identify quality stocks at the right time and pocket stellar returns over the years.

In 1991, Dr Kedia set up Kedia Securities Pvt Ltd with a capital of a few thousand rupees. “My only motive was to have a business card that showed my designation as the managing director. I had no vision, business model or road map of what I was going to do in the company.” But today, Kedia Securities and Dr Kedia own significant stakes in listed companies and a reasonable real estate portfolio as well. Together, they also own a tea estate— one of those where Dr Kedia used to supply shoes and wire nails while residing in Kolkata—as well as a sizeable stake in a dairy company, which he gifted to his wife as compensation for not being able to afford ₹14 to buy a box of Lactodex in the past. Dr Kedia adds that his company neither offers any stock investment advisory services nor manages any investment portfolios. “This company is only for the interest of my family, where we invest for ourselves,” he reveals. 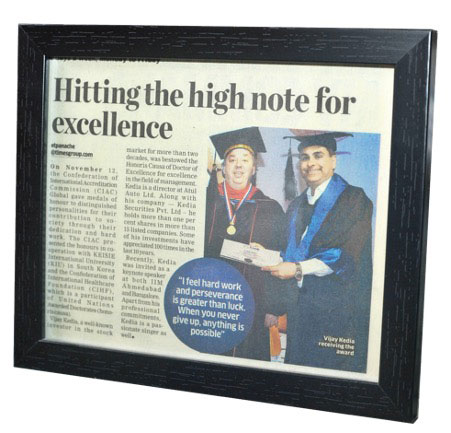 In 2016, he was conferred a doctorate degree for excellence in the field of management. He was also invited to deliver talks at TEDx events at IIM-Amritsar in 2018 and at DSB International School in 2019. He is also active on Twitter and has around three lakh followers on it.

In the midst of all the honour and glory, Dr Kedia has also striven to give back to society. His Vijay and Manju Kedia Foundation, in association with BSE Institute, provides scholarships to girls for Mastering Fundamental Analysis and Certified Data Scientist programmes. The Foundation also offers free cataract surgeries to underprivileged persons.

Asked if there are any investment strategies that he swears by, Dr Kedia says that he strictly adheres to SMILE, as a way to make money in the stock market—which translates to ‘small in size’, ‘medium in experience’, ‘large in aspiration’ and ‘extra-large in market potential’. He also advises investors to check the quality of the management and the business before betting on the stock, and to not give up during tough times, as the only way to make money in the stock market is to invest for the long term. “Ultimately, it is all about having courage and an appetite for risk,” he concludes. And fortunately, both of these qualities are pretty strong in him.