Many historical novels rely on sharing real life instances to unravel tales that have occurred in the past, and then there are others that rely on their readers to take a journey back in time and conjure happenings that may have never occurred. Malathi Ramachandran’s book, The Legend of Kuldhara, relies on both. Cited as a historical fiction, this book shares stories of the past that may have occurred in Kuldhara, an abandoned desert town in Jaisalmer. 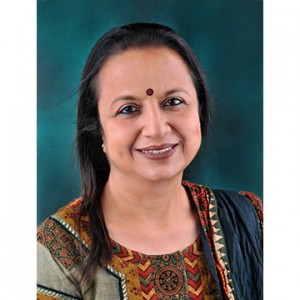 What started as a rich and prosperous town of the Paliwal Brahmins is now nothing but heaps of stones and rubble lying in the middle of the desert. But what made them abandon their home? Where did they go, and how did they survive? The novel answers all these questions in a series of stories narrated by the author. It begins with the melancholy song of an old man sitting cross-legged on a stone platform, under a spreading neem tree. He plays his favourite instrument in a tune that grabs the attention of everyone, including Parvati. Parvati is the second wife of Saalim Singh, the prime minister of the Rawals of Jaisalmer. Saddened and hurt by her husband’s inattentive ways, she spends her hours in the company of her only son, Junaid, and her maid, Heera, all the while longing for her husband to reciprocate her affections.

Saalim Singh, on the other hand, is a womaniser and a scheming prime minister, whose only goal is to take revenge on the Rawals, the rulers who took his father’s life. Living a lavish life in his haveli, he enjoys the company of different women and has six wives living under the same roof. Life for him revolves only around women and his plots against the royal family. And then, everything changes one day, when he sets his eyes on Pari, a beautiful maiden, who is the daughter of the chief of the Paliwal Brahmins residing in Kuldhara. In his attempt to marry her, he threatens the Paliwals with heavy taxes. Fearing the loss of their honour, the Paliwals disappear overnight, abandoning all their treasures and the village.

This marks the start of their journey for survival. It also marks the beginning of a chase by Saalim Singh to get the girl of his dreams. Entangled in his lust for Pari and his desire to wreak vengeance on the Rawals and usurp the throne, he also gets to see the other side of Parvati, his second wife.

Pari, meanwhile, learns about the struggles of maintaining her maidenly beauty, while falling in love twice. As time passes, Pari, while carrying the burden of the insult to her by her tribe (who had to abandon their village) and the death of her mother and her illegitimate child, learns the meaning of being a young woman in Rajasthan.

Written in third person narrative, poetically and in a relaxed manner, the novel has words carefully chosen by the author to fit the scenery. The plot changes its pace in between but overall is smooth. All these characters and their milieus come alive in the story, thanks to the author’s brilliant detailing in each chapter of the novel, be it of the havelis, the food or the dresses—all of which paint the desert in beautiful colours. The narrative is rich in both court and family drama. It presents the contrasting lifestyles of those living in luxury, against those wandering in the wilderness to find a home. The use of beautiful similes and metaphors gives the narrative a poetic and surreal feel. The story is sure to take readers on a roller-coaster ride of emotions as they feel Saalim’s anger, Parvati’s despair and Pari’s innocence. Even the melancholy tunes of the old man, who reappears throughout the narrative, serves to keep the reader connected with the story.

The Legend of Kuldhara is a tale of unity, family, belonging, friendship, love and womanhood. This tale beautifully encompasses all the stages in a woman’s life, from her early teens when she has no worries to the difficulties of motherhood. In fact, the novel is set in a time when women in India were not very independent. They were frowned upon and even cast out from society, if not living under the care of a man. The book portrays this gender bias accurately. Pari’s mother is seen admonishing her for being loud or playing with boys. Saalim’s six wives are all expected to be meek onlookers, while he goes about pursuing any girl his lecherous eyes fancy. They live in purdah and have to comply with other observances, as directed by society. Parvati overlooks all of her husband’s shortcomings and patiently waits for him to return, sometimes for days and months. At the same time, however, the author also underscores the fact that even though they may seem helpless, these women can go to extremes if provoked, in order to get what their hearts desire.

Peppered with onomatopoeic words, the narrative comes to life with the sounds of rustic life, the durbar and its heated discussions and the submissive lives of Saalim’s wives. The author has managed to take these characters from the path of rainbow hues and provide them unpredictable and knee-jerk twists of different hues. Overall, the story paints a complete picture with an element of suspense that makes for a good, fast-paced read.

Master craftsman and national awardee, Amrit Sirohiya infused imagination and creativity into the highly captivating art of gemstone carving to create breathtaking pieces that find takers from the world around, while also contributing to preservation of the art. Read about his journey by subscribing to Marwar.#amritsirohiya #gemstonecarving #gemstones #Jewellery ... See MoreSee Less