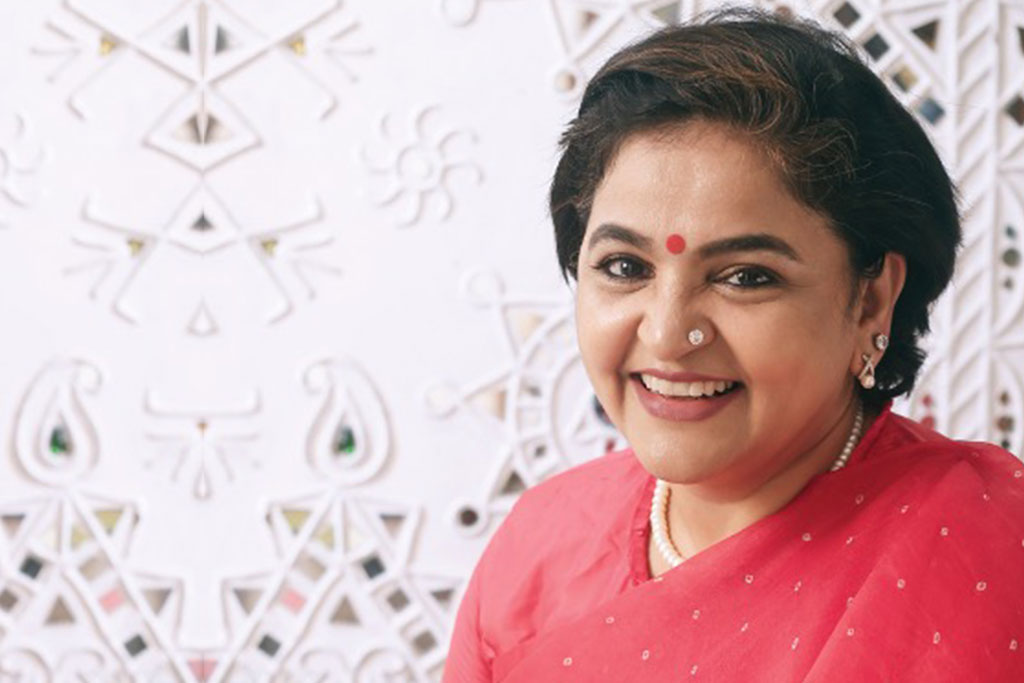 Naina Jain forayed into designing way back in 1997 following a trunk show of bandhani (a traditional tie-dye technique) saris in Kolkata. She launched her eponymous label with creations that perfectly reflected the wearer’s persona, and today, thanks to her well-known flagship store in Kolkata, tie-ups with multidesigner stores, active social media presence and a well-oiled distribution network, Naina Jain caters to women all over the world.

“The Naina Jain woman has a global outlook, loves colours and does not shy away from experimenting with them. At the same time, she still values her roots and appreciates traditional Indian crafts and textiles,” explains Jain. Thus, her collections marry heritage textiles with time-honoured weaving, dyeing and embroidery techniques, often in unconventional combinations. “We also play a lot with colours and introduce bandhani to different fabrics to make our creations more accessible, acceptable and wearable for the modern woman,” adds Jain. The result: ensembles that are a beautiful blend of glamour and old-world charm, making them top choices for celebrities, including Lara Dutta, Lakshmi Manchu, Anuradha Paudwal, Mahima Chaudhary and Rujuta Diwekar. 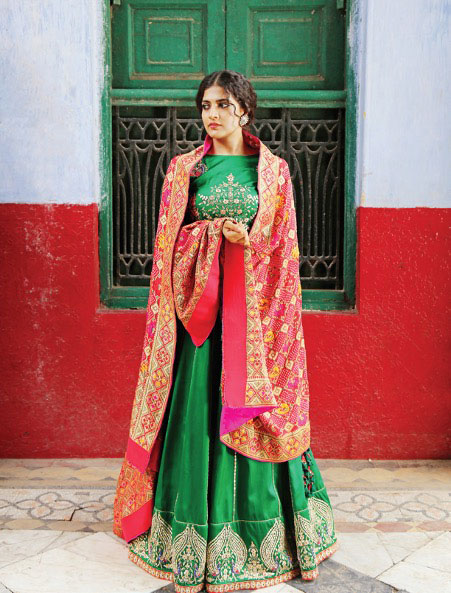 A model wearing a Patola Benarasi bandhani dupatta in georgette, a peacock jaal blouse and a skirt in silk from Naina Jain

From Kota to Kolkata

Jain was born in Kota, Rajasthan, where her father owned a Royal Enfield dealership. She recalls spending her days amidst motorcycles and describes her upbringing as liberal, unlike traditional Marwari families. For this, she is especially thankful to her father, who she says was very progressive-minded. “From a young age, I would often accompany him to work, and he would encourage and ensure that I learnt the ropes of the business, such as stocktaking, maintaining accounts, etc. He also gave me complete freedom to get involved in things I was passionate about. He would even accompany me to tournaments that I would be competing in as a state-level badminton player.”

In those days, Jain would compete in badminton championships, even representing her state at the Junior Nationals and the Nationals, as the captain of the Rajasthan University team. Her dedication to the sport was such that she would follow a tight schedule of practice early in the mornings and after school every day. Along the way, she earned a bachelor’s degree in commerce. Then, with her marriage in 1985, she moved to Kolkata. 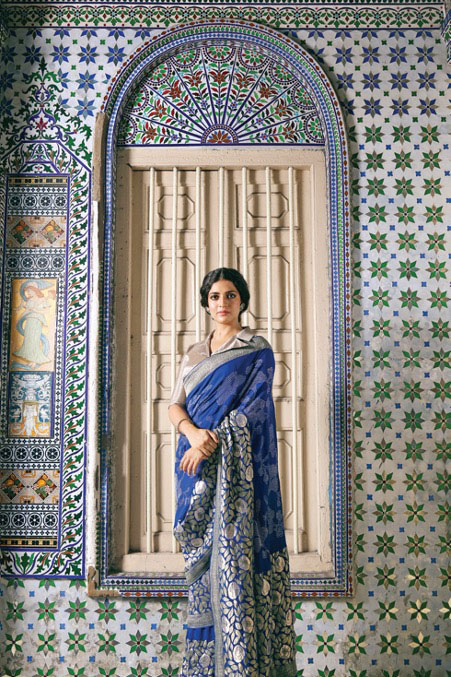 Turning her passion into a career

Naina Jain says that she did not always look to being a fashion designer. Instead, she attributes her entry into the industry to her creative inclination and eagerness to observe and learn new skills. While growing up in Kota, she developed an interest in designing clothes for her family, even directing their masterji (tailor) on the patterns, cuts and styles. The beautiful clothes created thus earned her many compliments and words of appreciation, encouraging her further. She continued designing clothes for loved ones even after marriage and went on to master the art of applying mehendi as well and won many competitions. She also applied her skills to cooking and became famous in the family for preparing lavish and tasty meals and creative presentations.

So what made her launch her fashion label? It all began when one of her friends from Jaipur asked her to arrange an exhibition of his Jaipuri saris in Kolkata in 1997, she informs. She agreed and the exhibition sold out. A second exhibition held soon after sold out too. Delighted with the response, her friend asked her to stock his saris in Kolkata to cater to the enormous demand. And thus, with the help of her father-in-law and husband, Jain started a shop under the label ‘Bandhej’, out of a small studio located below their house. In addition to her friend’s saris, she would stock bandhani saris as well that she had designed. In the same year, she hosted her first sari show at the Genesis Art Gallery in Kolkata. It sold out, encouraging her to organise another one in a couple of months. Jain’s label continued to flourish thereafter and soon she forayed into embroidered garments as well, which received rave reviews from her family, friends and existing customers. Later, Jain rechristened her label ‘Naina Jain’ and transformed her old studio into a swanky showroom, together with a new brand identity and logo.

Looking back, Jain describes her husband and in-laws as her pillars of strength. She says, “They have always pushed me to expand the business and sometimes even accompanied me on my work-related trips to remote villages. My mother-in-law would take care of my three children whenever I was at work or travelling.” 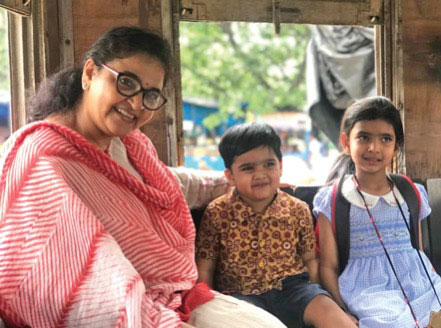 Naina Jain has carved a special spot for herself in the industry today by mastering the art of creating heirloom worthy blouses, dupattas, kurtas, lehengas, saris and suits. Her creations are timeless, which clients can style and wear in inventive ways even years later. Traditional weaves from across the country, such as Kota Doria, Paithani and silks such as Benarasi, tussar, Chanderi, gaji and muga, take centre stage in her collections, while the designs are a blend of zari work and other traditional embroidery techniques such as chikankari, zardozi and gota patti, often with dramatic motifs. The colour palette goes beyond the standard reds and greens to include blues, greys, off-whites and pastels. However, it is bandhani, the age-old tie-dye technique indigenous to Gujarat and Rajasthan, that Jain’s label has become synonymous with. Think Benarasi saris interspersed with bandhani pattern and pure zari work, or lehenga-cholis of raw silk paired with Benarasi bandhani dupattas, and Naina Jain is the go-to designer for them. She has also given bandhani a never-seen-before twist by experimenting with it on sheer fabrics like organza and georgette.

Apart from giving a face-lift to traditional Indian crafts and textiles, Jain also endeavours to revive and sustain them by working with artisans in Rajasthan and Gujarat, thus helping them earn a livelihood.

Asked about her upcoming collection, Jain says, “This year, dressing up for weddings is all about keeping it simple yet elegant. So, we are experimenting with chikankari and gota patti alongside bandhani.” Away from weddings, she plans to launch kidswear and menswear under her label in the near future.