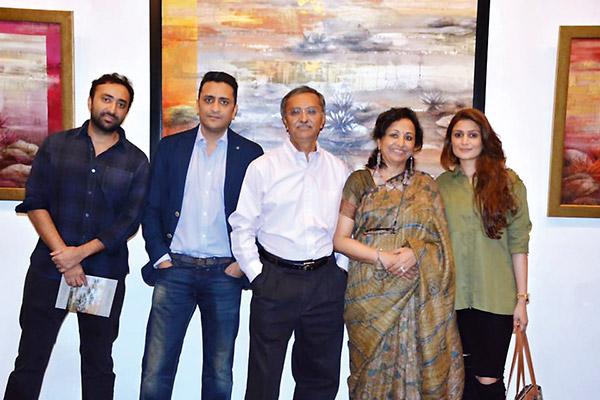 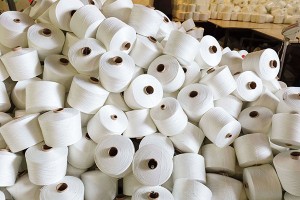 A VERSATILE, MULTI-PRODUCT CONGLOMERATE WITH interests in textiles, graphite electrodes, power and IT, the LNJ Bhilwara Group’s journey began when group founder Lakshmi Niwas Jhunjhunwala set up a small textile unit in Bhilwara. Growth and diversification followed and today the Bhilwara Group boasts of a host of listed and unlisted companies, multiple manufacturing units across the country and a footprint across half the globe. It employs around 25,000 people, many of whom are based in Bhilwara, which has, over the years, grown into a prosperous textile hub with good educational institutions, medical facilities and infrastructure.

Having overseen most of this transformational journey, L N Jhunjhunwala retired in the mid-nineties and his son Ravi Jhunjhunwala took over as chairman of the group, a post he still holds. In the late nineties, Ravi Jhunjhunwala’s son, Riju Jhunjhunwala joined the group. Today he is the managing director of Rajasthan Spinning & Weaving Mills Ltd (RSWM Ltd), the flagship company of the group. “From a small start, the LNJ Bhilwara Group today has cemented its reputation as one of India’s most esteemed business conglomerates with a presence across diverse business spaces ranging from textiles to power,” says the junior Jhunjhunwala, offering a glimpse of the group’s achievements. 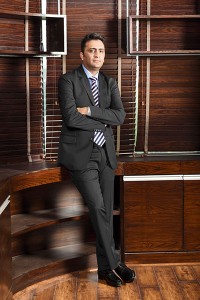 The veracity of Riju Jhunjhunwala’s statement can be gauged from the fact that the group comprises 17 companies, 21 manufacturing facilities and 11 marketing offices with interests in textiles, power, graphite electrodes and information technology. Approximately 70 per cent of the group’s revenue comes from textiles, 15 per cent from graphite electrodes and the remaining from the power and IT divisions. The group has bagged several prestigious awards for mainly exports and is involved in a number of CSR initiatives in and outside Bhilwara.

A diversified group
Of the group’s 17 companies, six are listed, including RSWM Ltd, whose product portfolio comprises a range of fabrics and yarns in various fibre blends, counts and shades, which are marketed in over 80 countries around the world. Among these are cotton and cotton-blended yarns, fabrics in blends of polyester—viscose/wool/cotton and a range of denims, and others. All these products are churned out from operational facilities equipped with state-of-the-art technologies that conform to international quality standards. The yarn-manufacturing business, the oldest, ranks among the top five in India, with RSWM Ltd producing 13,000 tonnes of yarn and 35 lakh metres of fabric per month, which are supplied to prominent national and international brands. “I can proudly say that RSWM Ltd has been a pioneer in bringing a lot of best practices in the textile business in the country. Ours was the first unit in Bhilwara, which used to be a small town, but today is the largest synthetic fabric manufacturing hub in the country. This cluster has full-fledged ecosystems employing thousands of workers,” says Riju Jhunjhunwala with understandable pride.
Having established a dominant position in India’s textile space, the group ventured into graphite electrodes (used in steel producing and recycling units) with HEG Ltd, which now boasts the world’s largest single-site manufacturing plant. It is located in Mandideep, Madhya Pradesh. A listed company with presence in over 30 countries, it has a market capitalisation of ` 615 crore and produces a range of graphite electrodes. Further, the group entered the hydroelectric power space after successfully setting up India’s first merchant hydroelectric power plant in Himachal Pradesh. Bhilwara Energy Limited, as the group’s power entity is called, has commissioned two hydroelectric power projects and three wind power projects, which have a generating capacity of 350 MW of power. Apart from RSWM Ltd, Riju Jhunjhunwala is also the managing director of Bhilwara Energy Limited, where he shares responsibilities with his younger brother Rishabh Jhunjhunwala. All the three companies are controlled and managed by highly professional boards. 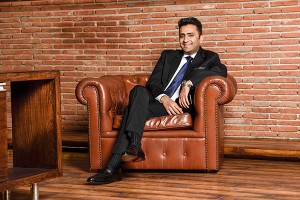 A chip off the old block
Riju Jhunjhunwala, like his grandfather, nurtures a vision to make his company, RSWM Ltd, a frontrunner in all the segments in which it has a presence. “Apart from overseeing many expansions over the past decade in spinning, weaving, and garmenting, I led the company’s entry into denim fabrics in 2008. Before that, in 1999, I oversaw our group’s foray into the IT business, which we weren’t pursuing too keenly then. But today, it is a well-known IT staffing company in the Bengaluru region,” he says. The company, Bhilwara Infotechnology Limited (BIL), has a staff strength of over 700 today and provides a range of services globally, including application management services, professional staffing services, infrastructure sustenance services, RPO services and software testing services.
Riju Jhunjhunwala joined the family business in 1999, immediately after completing his BBA (Bachelor of Business Administration) from the University of Bradford, UK. He was just 22 then. By 2002, he was deeply involved with RSWM Ltd. The initial months were spent travelling back and forth from the group headquarters in Delhi to factories in Rajasthan, often staying back in Rajasthan for days to learn every aspect of the textiles business under the guidance of professional industry veterans. “The units in our companies are run as individual profit centres, and in the beginning, I was responsible for the running of a couple of them in the spinning division. Over time, as I became more confident, I started actively looking into every business unit,” he says.
Riju Jhunjhunwala modestly attributes both his personal and business successes to the privilege of being born into a Marwari industrialist family, which gave him easy access to knowledge, money and network, and inculcated in him an appetite for risk and enterprise. But, at the same time, he feels it is not easy to step into the shoes of successful industrialists like his grandfather, as it pushes him to work harder to measure up and live up to their expectations. 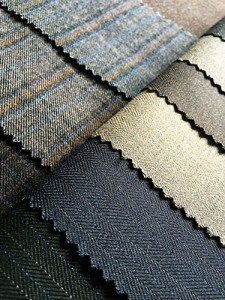 Being at the helm
Though ensconced as a business leader now with years of experience behind him, Riju Jhunjhunwala still finds certain situations challenging. One of these is bringing about change. “Being a traditional manufacturing business house, a lot of people I work with have been around for decades. While I learn a lot from their knowledge and expertise, sometimes bringing about a change becomes quite challenging. I believe there needs to be a fine balance between status-quo and change, and I often find myself struggling to find that balance,” he says.

Amidst all this, he has learnt his own lessons, which have changed his business philosophy over the years. “The rules that I follow now are very different from what I would have followed 8-10 years back,” he says. “The competition must be within the company and not blindly from outside. I am starting not to believe in blind hierarchies. Also, natural, straight line year-on-year growth is something that needs more focus rather than mindless expansion. Lastly, financial prudence is something one only learns with experience.” 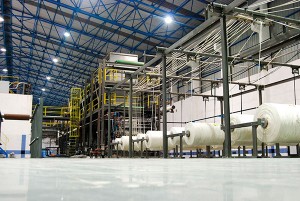 The years 2008-12 also seem to have been a learning experience for him. Caught in a race for growth between textile companies, the group took a few rash and irrational decisions, which taught him the valuable lesson of patience.

These viewpoints not only portray Riju Jhunjhunwala as a rebel with a cause, but also suggest a certain restlessness in him that perhaps explains his keen interest in politics. He is said to have once gone on the brink of fighting with his family to contest in elections. As of now, though he is a little confused about it all, he continues to be quite vocal about his political views, even if it lands him in a spot at times.
Businesswise, in the years to come, he plans to diversify RSWM Ltd by entering new textile verticals such as ‘performance fabrics’, etc. This, he feels, is the way to go given today’s newer technologies and globalisation, which facilitates and hastens commoditisation of products and services. He also feels that there is an air of uncertainty in India right now with more focus being given to compliance issues rather than growth. In view of this, the group would be “making a numbers-driven group strategy in the next two years, once the way forward, as far as the economy is concerned, is slightly clearer”. Also, he is hopeful about the ongoing demonetisation experiment throwing up fresh government spending on infrastructure, which should help the group’s power and graphite electrode businesses see better times. 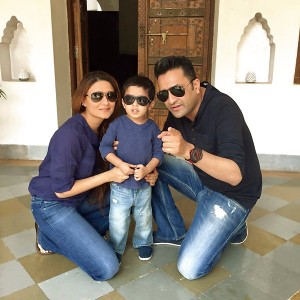 Beyond business, Riju Jhunjhunwala finds himself spending most of his leisurely hours with his four-year-old son, Jawahar, his wife Amrita and friends. And then, of course, he has his “best friend” in his iPhone, which lets him indulge his other pastime: socialising on Twitter, Instagram and Facebook.
Looking back at his 38 years, Riju Jhunjhunwala feels his life’s journey so far has taken him through many ups and downs, but one that certainly has been exciting.