Spain may not be a large country, but its recipes date back hundreds of years, reflecting an integral part of the traditional Spanish way of life. Local food in Spain is as interesting as the country’s rich heritage, with regional restaurants in Asturias, Valencia and Galicia bringing in unique elements to the Spanish spread. And all of these unique foods and eating cultures have been incorporated into Spanish cuisine, resulting in dishes that have won the hearts of foodies across the continent and beyond.

As for us, we have all adored the tapas and cocktail combos that Spanish cuisine offers, but are we doing it right? We spoke to some Spanish gourmets to know more about the food of Spain that now is much-loved in India as well.
Vivek Rana is the head chef at The Claridges in New Delhi, which has a high-end Spanish restaurant called Sevilla. Asked how popular Spanish cuisine is in India, he says, “Not only in India, Spanish food is a top emerging cuisine across the world and is loved by one and all.” Sevilla offers top-notch Spanish platos in a romantic alfresco setting. Going by the popularity of this luxe outpost, we assume that it has its fair share of faithfuls. 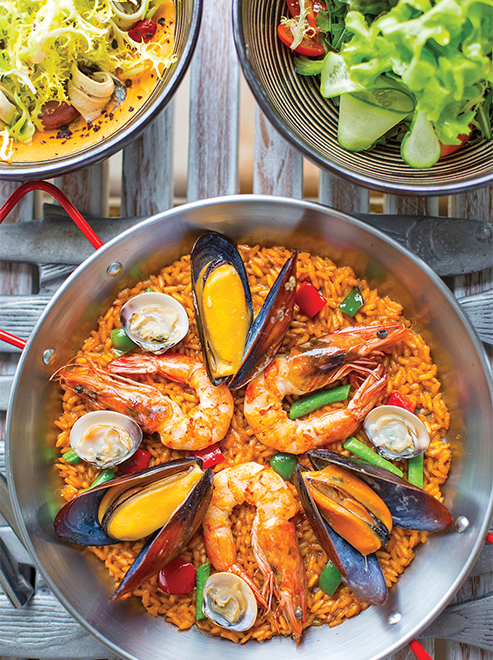 Chef Manuel Olveira Seller, who was born in the UNESCO World Heritage city of Toledo in Spain and has been the chef de cuisine at The St Regis Saadiyat Island Resort, Abu Dhabi, and Le Cirque and Café Belge at The Ritz-Carlton, Dubai, has recently launched La Loca Maria, a Spanish restaurant in Bandra, Mumbai. He infuses his menu with his passion for home-cooked Spanish food. Asked about his take on Spanish cuisine in India, he says, “I believe that there is an increasing interest amongst Indians for Spanish food, but it is a long way before Spanish cuisine settles in this country. I feel it is important to stick to the roots and promote the culture of Spain through the food we serve.”
But truth be told, from marinated olives and Manchego cheese, pintxos and patatas bravas to gourmet explorations of Spanish cuisine in India, Spanish food is growing in popularity in our country, slowly but steadily. 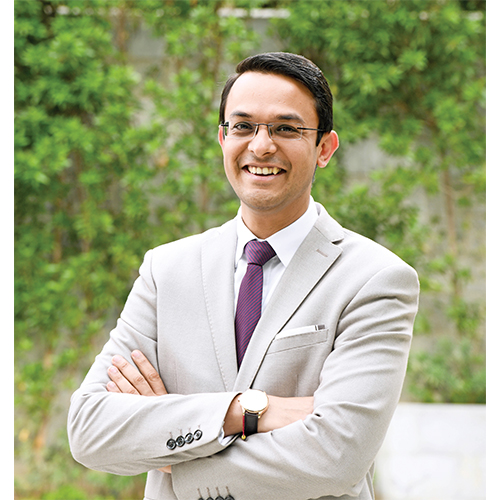 Hardik Shah is the director of food and beverage at Four Seasons Hotel Bengaluru, which has a speciality Spanish fine-dine restaurant called CUR8. “Of late,” he says, “there has been a growing number of establishments that either specialise in Spanish cuisine, or serve a particular Spanish dish and tapas; and Spanish food has especially started to make a mark on the culinary scene due to the appeal of flavourful light bites, typically enjoyed with aperitifs.”
Spanish dishes are usually bursting with flavours and appeal to the Indian palate instantly. This may also be the reason why Spain has been seeing a marked increase in tourist arrivals from India.

Spanish cuisine encompasses distinct flavours of different influences and cultures that have been passed on since ancient times. Chef Manuel Olveira Seller elaborates: “Even though certain methods are very different from Indian cuisine, there are more similarities—from indigenous cooking tools, common native ingredients to a few methods of preparations. Spanish food is milder compared to Indian food, employing lesser spices and relying more on the complexity of flavours.”

Chef Vivek Rana seconds this thought. “With minimum use of spices, the cooking technique changes depending on the geographical condition. North Spain is more focused on slow cooking and pickling of meats, whereas in South Spain, they prefer stir-frying and focus on salads,” he says. 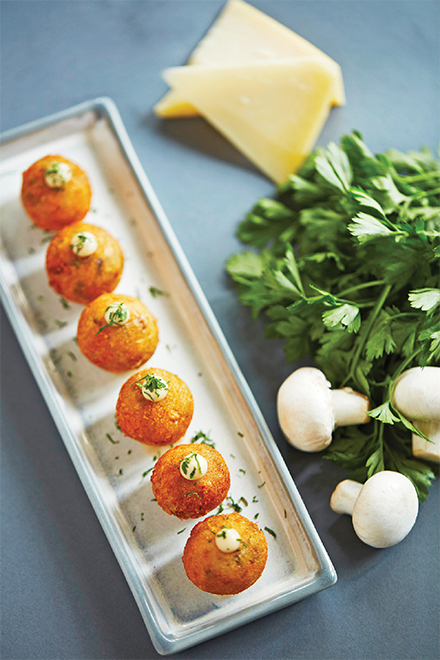 Speaking about the cooking techniques used in Spanish cuisine, Hardik Shah says, “Stewing, roasting, broiling, grilling and baking… there is a lot of variety to be found in Spanish cooking.” He also tells us about CUR8’s star attraction—the supersized, custom-built charcoal grill which has been fashioned after a Spanish parrillada (or grill). “Guests love to have their food straight off the grill, with an abundance of garnish and seasoning, which keeps the dish simple yet flavourful,” he adds. 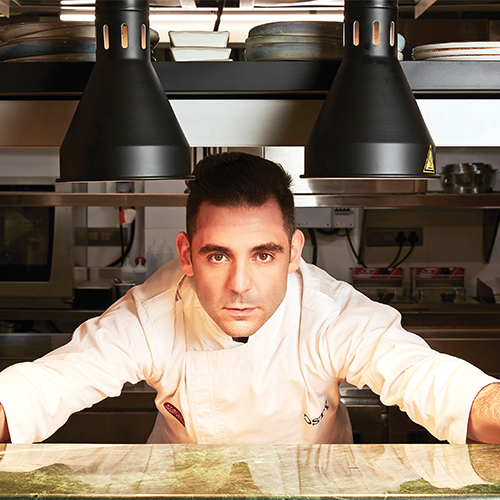 Tomato, incidentally, is one of the most important ingredients in Spanish food. “At our restaurant, we source most of the produce locally, as I believe a chef needs to adapt his recipes to the place that he resides in. Having said that, we also import some of our ingredients to maintain the authenticity of the food,” Chef Manuel Olveira Seller explains.
Other ingredients that often feature in Spanish food are fresh seafood, olive oil and bread. Chef Vivek Rana shares that they import smoked paprika (of the La Chinata brand) from Spain to retain its unique flavour in food preparations.

Chef Stephane Calvet, who is executive chef at Four Seasons Hotel Bengaluru, belongs to the Catalan region of France, and his hometown is very close to Spain. He draws inspiration from Spanish culinary styles in his cooking.“One of my favourite dishes while growing up was the paella, a big, family-style dish, which in my opinion is a true farmer’s dish… big, hearty and generous. We were in between the mountains and the ocean and so we were able to get the best of both worlds—the lovely, juicy tomatoes as well as the fresh seafood,” he says.

Some of the popular dishes at CUR8 are the Tiger Prawns with Grilled Tomatoes and Crispy Shallots and Grilled Whole Sea Bass with Fennel, Aromatic Leaves and Rose Petals. These dishes feature the best of seafood and are cooked in the charcoal pit in the middle of the restaurant, making them absolute sensory treats!

Classic Spanish dishes that are a must-try include the paella (a dish of rice, vegetables, meat and seafood), tortilla española (Spanish omelette), cold soups such as gazpacho and salmorejo and leche frita (fried, thick custard). Many of these dishes feature on almost every Spanish restaurant’s menu in India.

Chef Manuel Olveira Seller informs that Spanish food is best paired with wine, and there are plenty of Spanish dishes that can be cooked with both white and red wines. “It complements the Spanish food and represents the culture,” he says. 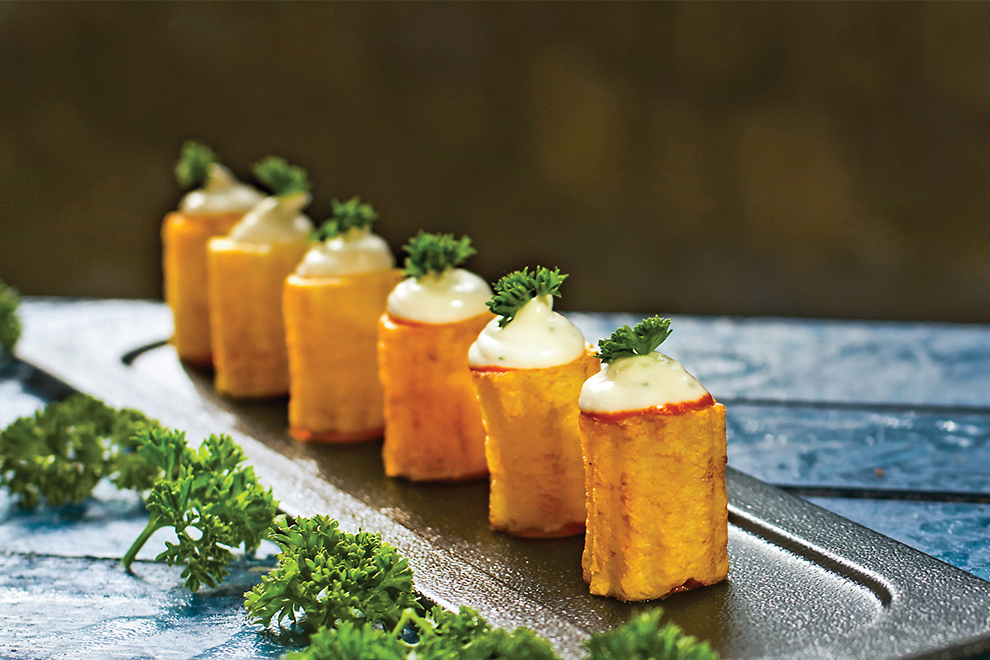 Patatas bravas at Sevilla, The Claridges

Hardik Shah states, “Fine sparkling wines produced in Spain are called cava (the ‘champagne of Spain’). Cava is a light, bubbly wine which pairs well with tapas and can also pair well with any kind of food, especially appetisers. Another popular drink in Spain is the sangria, which is mostly consumed in the summer. But one cannot miss the big, bold red wines from the wine regions of Rioja and Ribera del Duero, which are the perfect match for robust meat dishes, hearty stews or even aged cheese.” 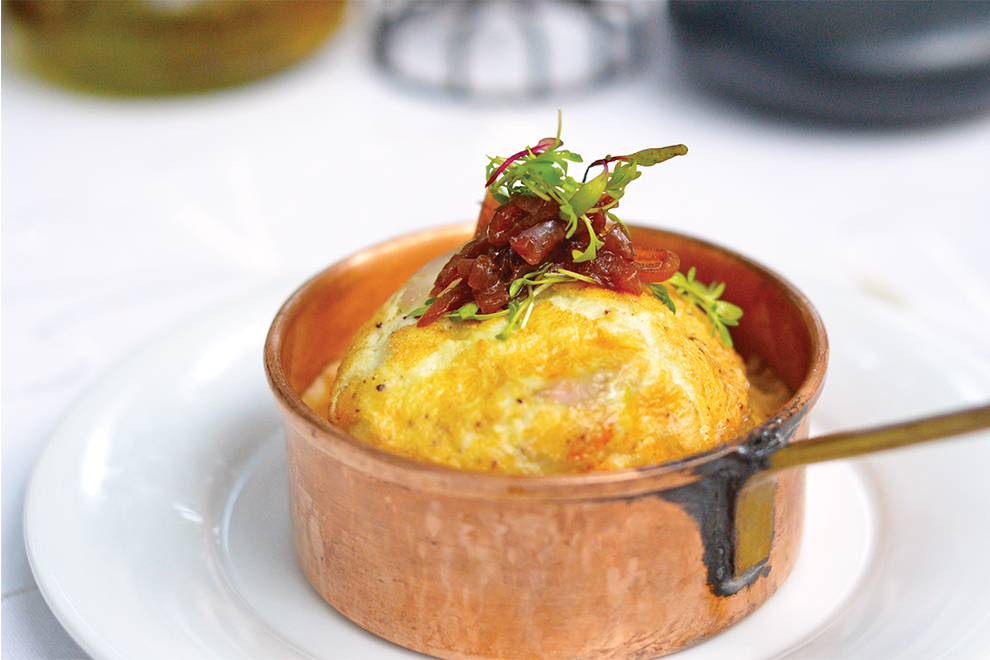 At La Loca Maria, most guests are repeat customers, and this shows that there is a growing number of followers for Spanish cuisine in India. The fact that this is a chef-driven restaurant also gives it an edge, where Chef Manuel Olveira Seller makes sure all the flavours are authentic and that along with the food, one experiences the culture as well. “Our Mushroom and Truffle Croquettes are a crowd-puller while the Gambas Al Ajillo [garlic prawns] is also a much-demanded dish. But if you truly want to experience Spain’s intrinsic food culture, then you must try our patatas bravas,” he shares. 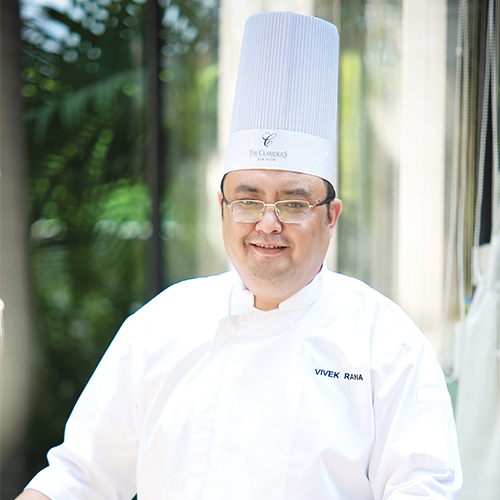 Fresh food is an important part of Spanish cuisine, which helps in keeping it clean and generous. Thus, fresh marinades and the authentic flavours of charcoal in the live cooking grill are a hit with customers at CUR8. Since Chef Stephane Calvet is a big fan of all things local, the restaurant works with local producers, who supply their greens and herbs. “I have personally sourced seeds from my riding expeditions in Northern Thailand and given them to these growers for organic produce,” he says. The vegetarian grilled dishes at CUR8, which is part of the buffet, showcases the local farmers’ best produce of the season.

The popularity of Spanish cuisine is rising, especially amongst Indians with sufficient disposable incomes. Be it globalisation, or the fact that Indians have developed a more refined taste for food, they now share a liking for global cuisine that has been customised and conceptualised, keeping in mind their palates and food preferences. Considering this, Spanish cuisine might even be a big part of menus in the upcoming party season and also weddings, where splurging and indulging are the norm.