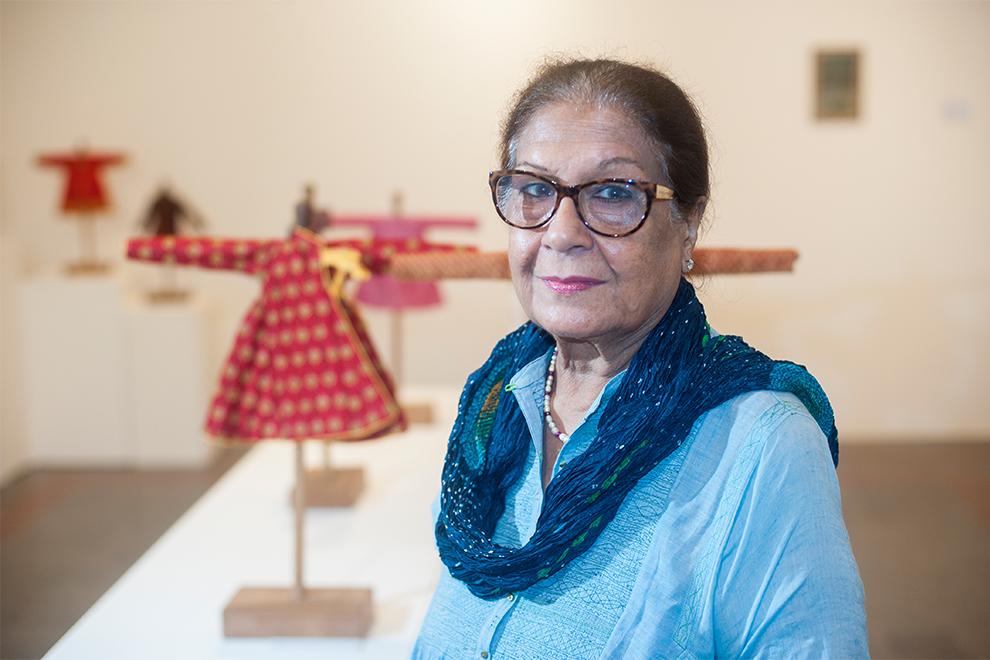 Among the rich treasures of Indian textiles and craftsmanship, traditional clothing of the royals holds a special place. For centuries, the ruling dynasties of India patronized master tailors, commissioning them to make garments from textiles sourced from across the subcontinent, as well as from abroad. Richly brocaded silks, sumptuous velvets and finely woven cotton were all transformed into costumes—often embellished with intricate embroidery, beads or semi-precious stones—fit for kings. And it is the glory of the ceremonial and everyday attire of India’s erstwhile maharajas that 80-year-old textile artist Geeta Khandelwal has tried to recreate in her ongoing exhibition on miniature classic costumes, at the Kamalnayan Bajaj Special Exhibition Gallery, in Mumbai’s Dr Bhau Daji Lad Museum. The exhibition opened on October 2, 2019 and will be open to visitors until December 31. Speaking about the exhibition, Khandelwal says, “I have worked for more than three years to create this collection of miniature classic costumes. The pieces have been mostly hand-stitched to perfection.”

Love for textiles
For several decades now, Khandelwal has been a part of the rich, glorious world of Indian textiles. She fell in love with fabrics at a young age. Recalling how it all began during her early years in Bombay (now Mumbai), she says, “In those days, there were no ready-made clothes available. Our family tailor would sit at my parents’ home and use a hand-turningsewing machine for 365 days of the year, making and repairing clothes, bed sheets and curtains and all kinds of textiles for the family. So, the tailor was always busy and thus I imbibed and saw lots of textiles coming into the house. In this way, textiles became an integral part of my life.” During her teenage years, she began sewing her own clothes. Gradually, she learnt to appreciate various fabrics and their textures and to discern the colours, sheen and weight of pieces of cloth. After that, there was no looking back.

Making quilts
When it comes to textiles, quilts hold a special place in Khandelwal’s heart. She has been involved with quilts for over four decades, having embarked on the business of making and selling quilts in the 1970s. How did this come to be? In reply, Khandelwal says that her life took this direction after a fortunate meeting with Linda Schaepper, an artist known for her patchwork quilts, crochet works, paintings and liturgical textiles. At that time, Schaepper was looking to put together a collection of quilts manufactured in India, but featuring American designs, for the Western market. Khandelwal says, “After completing a tour of India, Linda left the country. A year later, I got a phone call from her. She said that she would like to work with me in making quilts, since I lived in a metropolis like Bombay [now Mumbai], spoke good English, had the infrastructure to carry on this business and understood textiles. And I said ‘yes’.” 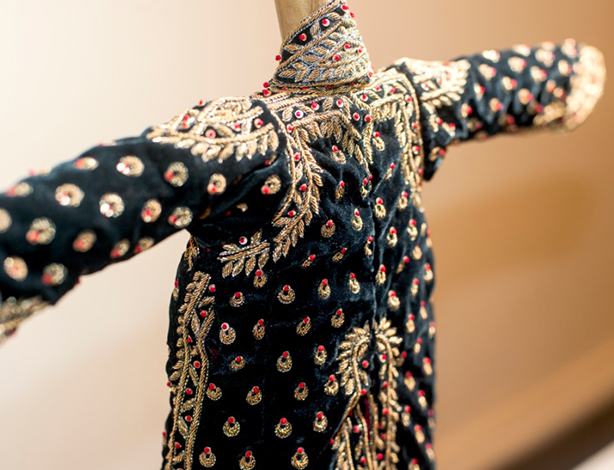 Schaepper later revisited India, and together, they built a collection of 25 quilts, which Schaepper showed to companies abroad. Khandelwal says, “The quilts were a big success, and soon, I was doing commercial quilting for the European and American markets and also taking quilting orders from global department store chains.” The business ran for a good 30 years after that. Over the years, she also got the opportunity to learn about different countries, through the use of fabrics, textures and colours, by befriending discerning individuals in the field of textiles, like Hirokosan Iwatate and Marianne Knynenburg. 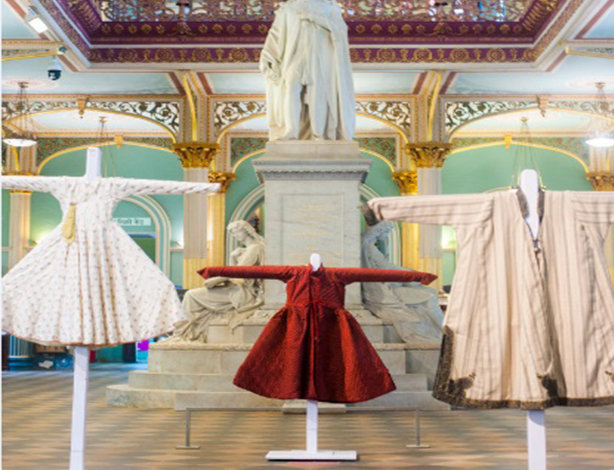 Her first book
Some years ago, Khandelwal decided to research quilt-making in India. She found that the simplest quilts called godharis were made by rural women of Maharashtra, as part of their domestic life. To document the various kinds of godharis, Khandelwal travelled across Maharashtra. The women she encountered on the way would need a little bit of coaxing and explanation of her good intentions before they would agree to show her their godharis. As she travelled along, Khandelwal learnt interesting things about the cosy creations. She collated all of these learnings and photographs of godharis into a book titled Godharis of Maharashtra, Western India, which was published in 2014. 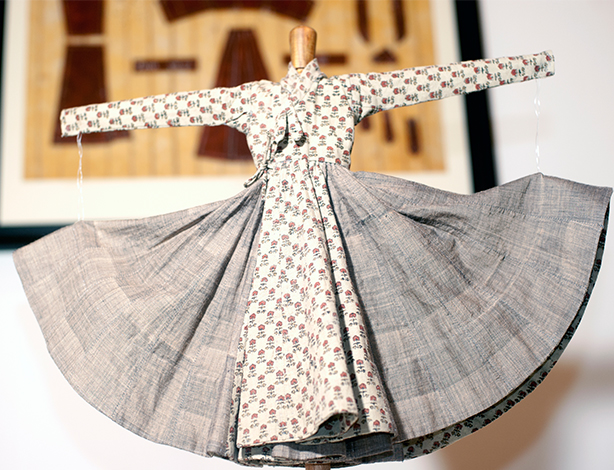 Achieving fame
Over the years, Khandelwal has participated in many quilt exhibitions like the Houston Quilt Festival in USA in 1985 and the Patchwork Quilt Festival in France in 2014. She has also served on the advisory board of the International Quilt Study Center and Museum, at the University of Nebraska in Lincoln, USA, from 2003 to 2008. Many of her quilts have been exhibited by the museum. She has also lectured and interacted with international textile groups to encourage the use of Indian textiles in quilt-making. 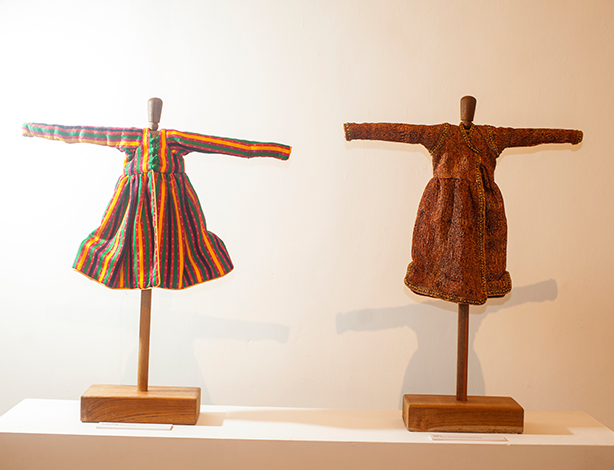 Mingling with miniatures
For her current exhibition, Khandelwal decided to make miniature versions of costumes worn by the maharajas of India from 1850 to 1950 because she wanted to make something different from quilts. For reference, she turned to a 1993 publication titled Indian Costumes in the Collection of the Calico Museum of Textiles by B N Goswamy and Kalyan Krishna. It included detailed patterns by Tarla P Dundh, offering information about measurements, colours, embroidery, buttons and types of fabrics used. Khandelwal then reproduced men’s clothing consisting of upper garments such as angarkhas, jamas, choghas and sherwanis. 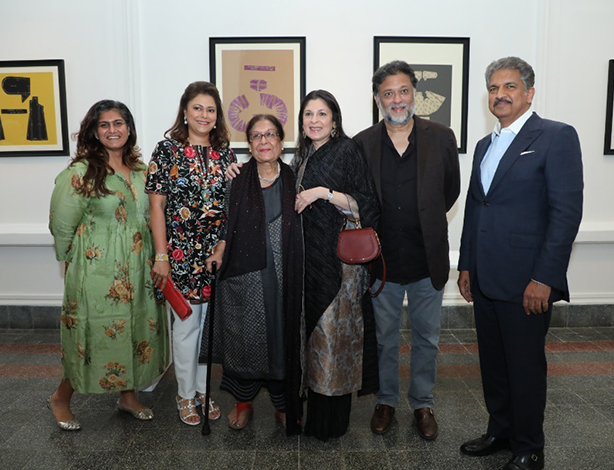 These costumes were mostly crafted from vintage fabrics from Khandelwal’s personal collection. From fine silks and brocades of Varanasi, delicate muslin of Bengal and pashmina and jamawar of Kashmir to bold hand-block prints of Gujarat and Rajasthan and intricate chikankari embroidery of Lucknow, the various miniature attire on display reflect the diverse Indian fabrics and thread-work techniques in use since the early 19th century.
So, what next, after this exhibition? “I don’t plan my life and instead take each day as it comes. I only believe in doing my work well, as a karmayogi [someone who works with detachment without awaiting the fruits of the labour],” concludes Khandelwal.