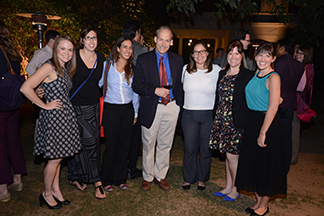 DOWN MEMORY LANE
The charm and warmth of reconnecting with one’s alma mater after decades is simply indescribable. So was it for V N Dalmia, the chairman of Dalmia Continental Pvt Ltd, who recently hosted a formal cocktail party at the lawns of the Dalmia House in Lutyens Delhi for a 100-strong group comprising the alumni, faculty and students of his alma mater, the University of Virginia Darden School of Business, and diplomats from the United States Embassy in Delhi. Dalmia is not just an alumnus of the prestigious institution, but a trustee of the Darden School Foundation and President-Emeritus of the India Alumni Chapter as well. 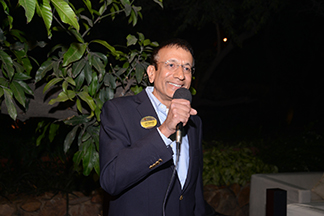 The get-together proved to be an equally evocative occasion for Dalmia’s son-in-law, Akash Premsen, who also is an alumnus of the Darden School. As the guests swapped stories about the school, host Dalmia regaled them with interesting anecdotes about the eighteenth century connections of Thomas Jefferson, founder of the University of Virginia and third President of the United States, with India, while Michael P Pelletier, US Deputy Chief of Mission, spoke about the warmth between the United States and India and the attractiveness of India as an investment destination. 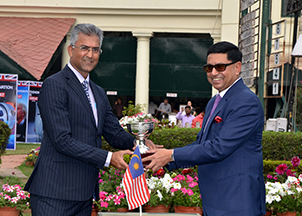 HORSEPLAY
The British are long gone, but there is still nostalgia and old world charm about Royal Calcutta Turf Club (established in 1847), which to all indications are here to stay. 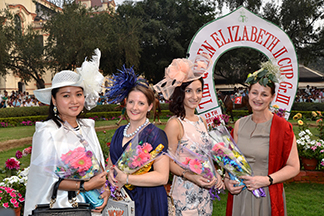 One can say as much about The Queens Cup also, which is still held every winter, with the trophy (the cup) being sent by the Queen all the way from Buckingham Palace. 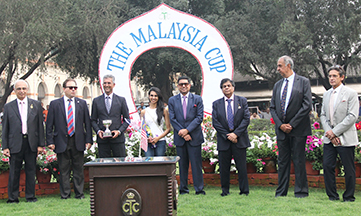 This year was no different with Scott F Wood, British Deputy High Commissioner in Kolkata, leading the celebrations of the Queen’s birthday as well as being a part of The Queen Elizabeth II Cup. Of the several races named after various countries that were held on race day, one was The Malaysia Cup, which saw Aquitania (the winning horse) touch the finish line ahead of the pack. As Honorary Consul General of Malaysia in Kolkata, Sanjay Budhia (who also is the managing director of the Patton Group of Companies), gave The Malaysia Cup away to Aquitania’s proud trainer, Bharat Singh.