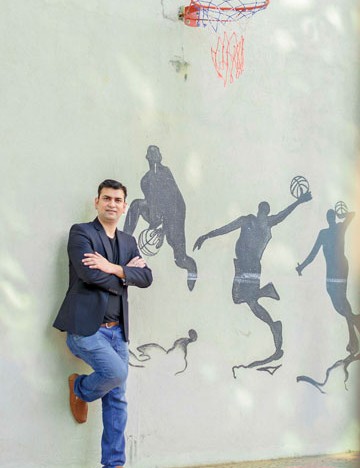 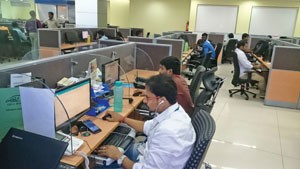 Established in 2008, Uniphore Software Systems offers innovative products in speech analytics, virtual assistance and voice biometrics, the market for which, according to some reports, exceeds USD 20 billion. Ravi Saraogi, Co-founder and COO, tells MARWAR how it all began and how it extended its presence to multiple geographies. 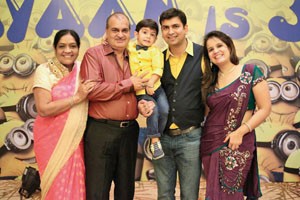 they say that clarity of purpose is the first step towards building a successful and profitable business. For many entrepreneurs, having a purpose when it comes to business means defining their core values and priorities and understanding their vulnerabilities so that they can find their strength. But for Ravi Saraogi, 34, it is all about addressing a problem in the marketplace, and Uniphore Software Systems, the company that he co-founded with Umesh Sachdev in 2008, illustrates this belief. As Saraogi, who heads the Asia Pacific operations, and sales and presales globally for Uniphore, says, “We did not start with a tech idea; it was a large-scale problem that we wanted to solve.”

At the time Saraogi and Sachdev started out a decade ago, they noticed that even though the country was amidst a digital revolution, the benefits had not made their way to around 70 per cent of its population. Saraogi explains, “We saw that people did not have access to basic services like health care, banking and education due to no Internet connectivity. Also, the prevalence of multiple dialects and lack of English literacy amongst them meant that they did not know how to use the Internet since everything on this global computer network was in English.” This lack of access to mobile-enabled information and services, particularly for illiterate and semi-literate Indians, was a worrying issue. 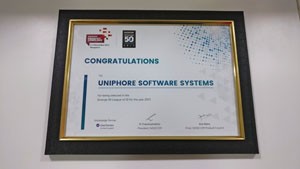 Saraogi and Sachdev realised that the need of the hour was to make the man-machine interaction completely seamless. They put their heads together and came up with the idea of creating technology that would use speech—the most natural mode of communication—to bridge the digital divide between urban and rural India. Saraogi says, “We wanted to enable every Indian to access basic services in their own languages and dialects via their mobile phones.” In order to make this vision a reality, the duo had to develop speech-recognition technology, machine learning and artificial intelligence. And they have been successful at it, for today Uniphore’s integrated, smart speech-based applications are not just capable of understanding several global and Indian languages but multiple dialects too.

A walk down memory lane 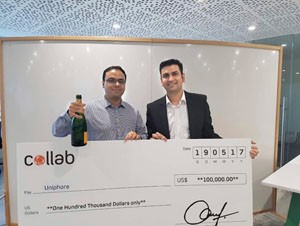 Saraogi describes Uniphore as the story of a hi-tech product being developed out of India to solve some of the biggest technology-related problems. And this story began when he and Sachdev went to IIT-Madras, where they started off as project associates under Padma Shri awardee Professor Ashok Jhunjhunwala. They had gotten in touch with him some time after co-founding Singularis Technologies, their first venture, in 2006. Even though Singularis gained global traction with its mobile theft security product, it did not take off as expected. Working with the professor proved to be a stroke of luck for them since they got to learn more about the telecommunications industry and its needs. He also introduced them to IIT-Madras’ Rural Technology and Business Incubator (RTBI), a registered not-for-profit society which offers mentorship, preliminary funding and infrastructure to start-ups with a rural business model. Saraogi says, “As RTBI was focused on the rural market, we ventured into the villages of Tamil Nadu for our initial research, armed with our limited experience in mobile technology that we had gained through Singularis.” And it was during these sojourns that their outlook underwent a significant change. While prior to launching Singularis, they had believed that lost phones represented a gap in the telecommunications industry, they now had before them an issue that was much larger than mobile theft. Saraogi says, “People in these rural areas were unable to send SMSes via their mobile phones, not just for lack of English literacy, but because they had no basic technical skills. Making missed calls with the hope of receiving a callback in response was also the norm.” After identifying the areas with the potential for technological intervention, Saraogi and Sachdev embarked on a journey that would see them use mobile devices with a rural focus.

Uniphore was incubated at RTBI. Recalling the days when they were getting things off the ground, Saraogi says, “We started off in a lab at IIT-Madras, and built a team of five in the first year.” The first few years were spent on R & D, tech validation, and intellectual property (IP) creation, which helped the company to get its first set of investors. And since the road ahead was fraught with challenges, some time and effort also went towards identifying technological problems, building and validating a business model and getting customers to sign up.

Over the next few years, Uniphore sold its voice-based software as a bespoke solution to enterprises. The first inflection point came in 2014, when Uniphore, with the help of early investments, switched gears to become a products company. Its flagship product was ‘auMina’, a speech analytics solution that could be used in areas where it is difficult to get the work done without technology—basically, call centres that handle thousands of calls. According to Saraogi, auMina listens to calls in real time, converts speech to text, detects human emotions and voice modulations; and since it receives all the calls, can conduct big data analytics (the process of examining large and varied amounts of data), thus helping call centre operators to identify trends. Another product that was introduced was ‘akeira’, a virtual assistant solution that allows callers to ask questions in their own language and get the answer. Saraogi says, “We wanted to automate something that was already taking place—calls to a call centre, that need not always go to a human agent.” The third area of focus for Uniphore was to reduce possibilities of human error. Saraogi says, “This is why we introduced voice biometrics in the form of ‘amVoice’.” It ensures user authentication by using a person’s unique voiceprint.

The next inflection point came in 2015, when the successful conversion of its offerings into products helped Uniphore raise Series A funding from investors. The new investors asked Uniphore to go global and also transform itself from a licence fee-based income model to a SaaS (software-as-a-service)-based subscription fee model. Saraogi says, “We started expanding to Asia and North America, and also converted our entire offering to SaaS.” To support the company’s expansion plans in Asia, Saraogi, with his family, shifted base to Singapore. Switching to a SaaS-based model also made it easier for Uniphore to raise Series B round of funding in 2017.

Recognised as the ‘10th Fastest Growing Technology Company in India’ by Deloitte Technology Fast 50 India in 2015, Uniphore enables two lakh hours of voice data every day, serving more than four million end-users. It has worked with over 70 enterprise customers across various sectors such as banking, financial services and insurance (BFSI), fast-moving consumer goods (FMCG), retail and telecommunications. Proud of the fact that Uniphore is one of the few Indian enterprises operating in the SaaS ecosystem globally, Saraogi reveals, “According to some reports, the market size for our products is more than USD 20 billion.”

Uniphore, with its dedication to launch competitive products that solve real-world technological problems, seems well-positioned to tap this opportunity.