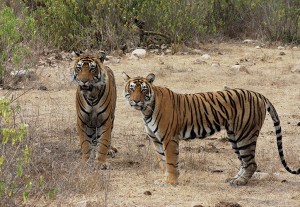 The Sariska Tiger Reserve, sprawling across an area of 882 sq km in the dense forest belt of Alwar, Rajasthan, was established as a wildlife reserve in the year 1955 and granted the status of a Tiger Reserve in 1978. One can learn so much about a place or a person based on how they rise above a testing situation, and by the means of this book, the rise of Sariska from its unfortunate past is the conscientious account of one man’s determination to restore Sariska to its former glory. 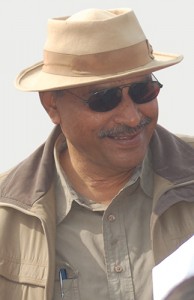 Sunayan Sharma, the author and now president of the Sariska Tiger Foundation, was appointed as Field Director of the Sariska Tiger Reserve in 1991. Sharma battled with multifarious problems such as mining, poaching, tribal settlement within the Sariska forest cover, and the villages around the forest causing hindrance to the wildlife. Not only does the book manifest his adventurous and at times, arduous journey at Sariska in a factual and historically accurate fashion, but also grants its readers a sincere authority over the text, presenting an unbiased picture of the ins and outs of a wildlife reserve; struggles and achievements alike. 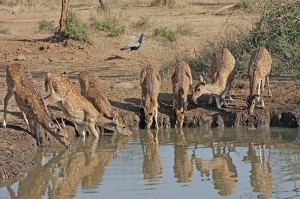 Surrounded by stunning flora and fauna as far as the eye goes, Sariska, the jewel of the Aravalli ranges, is not only blessed with tropical dry deciduous and thorn forests but also inhabited by numerous beautiful animals such as the blue bull, sambhar, chital, wild boar, golden jackal, leopard and hyena. After the disaster of 2004, when the entire tiger population—the jewel in Sariska’s crown—was wiped out, succumbing to atrocities of poachers, the forest management was at the brink of collapse. The government decided to take matter into its hands and a Tiger Task Force (TTF) was enforced to reintroduce three tigresses and two tigers in the habitat from Ranthambore during 2008-10, a first such experiment in the world. The crisis faced by the reserve is dealt with utmost dignity here, revealed as an observation and not accusation in the narrative. We learn that the TTF recommended shifting of some villages from the core area, and diverting traffic on state highway no 13. Relocating tribal settlements is a sensitive issue, and Sharma and his team mediated between the families of the 300 villages located in a 5-km radius and made sure the Centre’s funds for their relocation fell into the right hands. 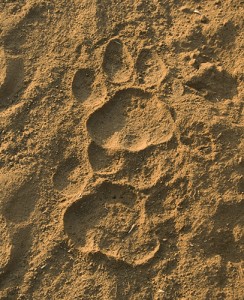 Today, the core forests are almost devoid of human habitat, and the forest staff continues to strive to ensure the safety of not only the wildlife in its natural habitat, but the villagers migrating away from it.
The book comes in three parts: The first, on its flora and fauna; the second, on its misfortune; the third and evidently, its most powerful segment, the reinvention of this reserve as it stands tall and proud to this day. A remarkable quality that stands out about the book is that it does not hide the tragedy that occurred at the hands of men, but also does not dwell on it and instead, focuses on the phenomenal path of recovery it launched itself on and has not looked back since. The readers are engaged in a captivating dialogue with the valleys and woodlands of Sariska, its regal tigers in their magnificent grandeur, its many forest pockets and the stories that make it a milestone in Indian wildlife history.
Sariska—the book and the establishment—is a shining example of excellent leadership, decades of relentless hard work and astounding beauty, guarded fiercely by its loyal keepers. The narrative progresses at an unhurried pace, punctuated by striking portraits of majestic tigers and creatures of the wild; making for an all consuming experience in wildlife literature.

A Paean of Praise