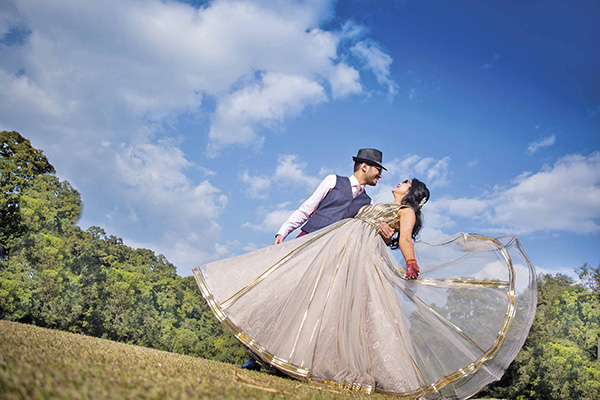 Rajasthan boasts a rich cultural heritage, which is preserved in pockets of the state. It is home to many magnificent palaces, forts and monuments, which make it a popular tourist destination. Over the years, several projects have been employed to preserve India’s rich culture. Initiatives to conserve Rajasthan’s rich heritage have also been underway for some time now.

However, recently, the Government of Rajasthan, backed by the Department of Information Technology & Communication (DoIT&C), India, took a major step in conservation efforts. It committed itself to digitally preserving the rich heritage of Rajasthan with the aid of advanced 3D design technologies from Autodesk, a multinational software corporation. The aim of the project is to preserve monuments and attract more tourists with the help of architectural models and 3D walkthrough videos. This makes it a first-of-its-kind initiative to recreate heritage structures.

The project is the first step towards achieving the dream of creating a 3D city. This, backed with initiatives such as Rajdhaara, aims to establish an effective and integrated GIS (geographic information system) infrastructure of the state to enable good governance, sustainable development and citizen empowerment. In line with the project objectives of creation of a GIS-based 3D city, DoIT&C, with the help of Autodesk technology, has completed true scale, as-built 3D models for Albert Hall Museum, Jantar Mantar, Hawa Mahal, Udaipur City Palace, Jaipur City Palace and seven gates of the walled city, Jaipur.

“The project commenced with the monuments in Jaipur and then expanded to Udaipur and so on. Each monument was accurately surveyed and measured before the scanning started. Some of the factors kept in mind while choosing these monuments were popularity and complexity of each project,” says Harsh Pareek, Head of AEC, Autodesk—India and SAARC. 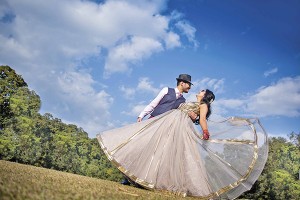 Challenges ahead
Albert Hall Museum was the first monument for which Proof of Concept (POC) was done, while end-to-end digital mapping was done foremost for Jantar Mantar.
The preservation of heritage assets often presents a unique set of challenges, as one of the most crucial facets of the process is to keep the cultural heritage intact. Naturally then, the project team faced several issues. To begin with, scanning something on such a large scale was quite a difficult task. Around 2,500 scans had to be undertaken for every monument/palace. The team also faced hurdles while restoring palaces digitally with as-built information. Apart from technical challenges, there were other hurdles such as getting permission from the owners of private properties, heavy tourist footfall and streamlining traffic while scanning. The size of the Building Information Modeling (BIM) file also made it difficult for web usage. Undertaking advance analysis such as detailed engineering estimation and damage control created hindrances too. 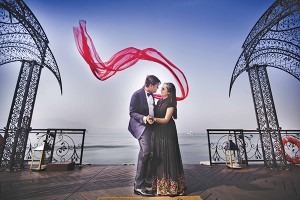 Work in progress
Autodesk technology such as ReCap (Reality Capture), BIM, 3ds Max and Maya played a critical role in making this massive project a success for the Government of Rajasthan. The project consists of three phases: digitally recreating historical and archaeological artefacts, creating BIMs of historic buildings and architectural features, and creating 3D interactive models of ancient sites.

In phase one, the project team uses drones equipped with cameras to scan significant historical structures. The data captured is then processed in point clouds and 3D models using the photogrammetry and laser scanning technology in Autodesk ReCap 360. These models are then combined with GIS visuals using Autodesk technology, to create a complete 3D digital model of the structure

In the next phase, the team creates detailed 3D models of historic buildings and architectural features by capturing buildings using laser scanning technology. The team then transfers point clouds into Autodesk Revit to build a detailed BIM. This can be used for maintenance and future restoration projects

In the last phase, ancient artworks, sculptures and architectural features are captured with high-resolution digital cameras and turned into 3D models and point clouds using Autodesk ReCap 360 and Autodesk ReMake. The 3D models of these artefacts will be used in virtual exhibitions, for research and conservation purposes. They can also be 3D printed to make replicas should the need arise.

“When it comes to world heritage preservation, this project by the Government of Rajasthan certainly qualifies when it comes to quality, detailing and uniqueness. Scanning of each palace/monument took approximately four-six months. The entire project was completed in approximately two-and-a-half years,” says Pareek. 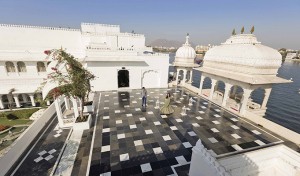 How it helps
3D walkthrough videos of the scanned monuments have been created and uploaded on the website of Rajasthan Tourism (www.rajasthan.gov.in) to give tourists a 3D experience. They can take a virtual tour of these monuments by using AR & VR technology, while sitting at home.

The outcome of this project is that heritage structures affected by natural calamities can now be safeguarded with the help of to-the-scale 3D models. 3D printing can be used to make the prototype of the affected part. This will help teams find the right solution and restore the structure to its original state. New buildings and facades coming up around heritage monuments too can be modelled on them, so as to be in sync with the old-world charm. Additionally, most palaces in Rajasthan offer sound and light shows. For easy decision-making on such projects, physical prototyping costs can be saved by creating multiple options in digital format.

“The contribution from the Rajasthan government has been immense for this project. Starting from the vision itself to adopting the latest technologies, they have ensured that the project happens with minimal disruption and progresses as per timelines. There has been great support and enabling environment from all stakeholders to work towards the preservation of Rajasthan’s glory for future generations,” says Pareek, adding that Amber Fort and Kumbhalgarh Fort are next in the pipeline to undergo this digital preservation.

HOW THE PROJECT CAN HELP