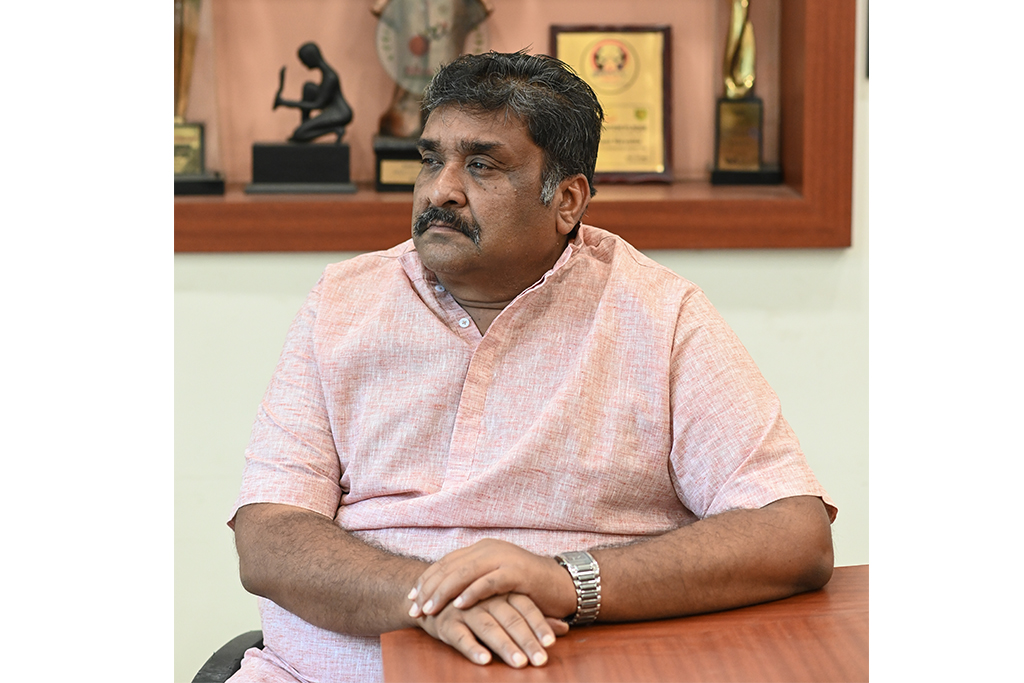 In India, wide disparities exist as far as health-care facilities and infrastructure are concerned between the cities and relatively backward villages. For the country’s rural population, access to qualified doctors, modern medical resources and treatments is mostly limited since hospitals are located at great distances and transport options are few and unreliable. Moreover, when it comes to the country’s rural public health system, poor health care and long waiting times are common. Travelling to private hospitals located in urban areas is also tedious and expensive. As a result, people in rural areas are often forced to approach quacks and spend their money on wrong, and sometimes fatal, treatment.

Fortunately, some organisations like the Rural Health Care Foundation (RHCF) have stepped in to provide health-care facilities to the lowest strata of the socio-economic pyramid. Working on the belief that every person has the right to benefit from health-care services, RHCF has been providing primary health-care facilities to underprivileged, rural people in West Bengal for more than a decade. “Our goal is to help the rural poor by providing them with quality health care at affordable costs,” says Anant Nevatia, the president of RHCF. Today, the organisation operates 20 primary health-care centres—15 in rural West Bengal and five in the city of Kolkata. “Till date, over 21 lakh patients have received treatment at our centres,” states Nevatia with pride. 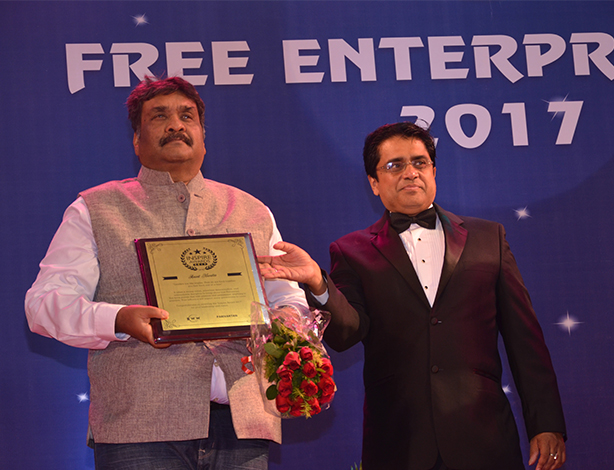 Anant Nevatia being felicitated with the ‘Inspire Award 2017’

Anant Nevatia and his younger brother, the late Arun Nevatia, had grown up witnessing their father’s philanthropic initiatives. The desire to continue the philanthropic legacy of their late father prompted the Nevatias to set up RHCF. Another reason was Arun having been diagnosed with cancer at the age of 10 (which relapsed several times) and spending most of his life thereon undergoing chemotherapy and radiation and battling various ailments as side effects. It was during his treatment that the Nevatias discovered the need for affordable health care for rural and underprivileged communities. They realised that Arun had the blessing of being alive because he had privileged access to the best medical care in the country, which was sadly unavailable to people in rural areas.

In 2007, the Nevatias (Anant, Arun and Arun’s wife Falguni) established a 700 square feet centre in Mayapur. Anant Nevatia says, “It was a clinic with eye, dental and general doctors. We priced the not-for-profit service at `5 per patient for diagnosis and seven days’ worth of medicines.” He also recalls how around 8,000 patients showed up within the first month of the opening! Buoyed by the success of the centre, the Nevatias established RHCF in Kolkata in 2009 to reach out to communities effectively and maximise the impact. 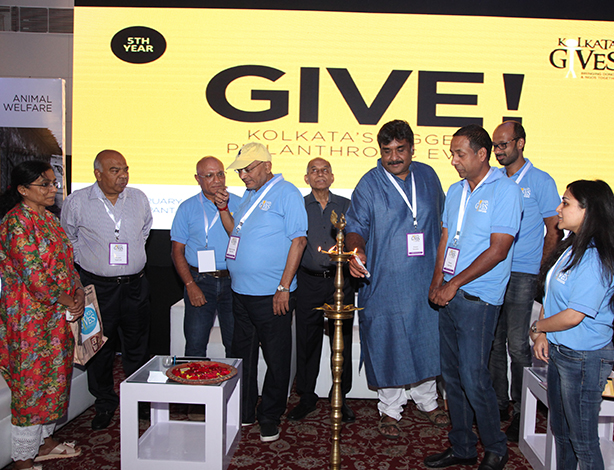 RHCF clinics offer patients an all-in price health-care facility that is cheaper than what they spend on treatment at a private clinic, or on travelling long distances to access government medical services. Every RHCF clinic is equipped with four departments, namely, general medicine, optometry, homeopathy and dentistry. In addition it has a pharmacy offering more than 200 kinds of generic medicines. In line with RHCF’s focus on ensuring accessibility, availability and affordability of primary health care, patients are required to pay a fee of just `80 for medical consultation and a week-long supply of medicines is disbursed to them free of cost. At this price point, around half of the payment goes toward the cost of medicines and the remaining half helps cover administrative costs. Nevatia adds, “We also give spectacles to patients at a subsidised rate. Cataract and pterygium surgeries are provided for free, with only the travelling expenses required to be borne by the patient.” 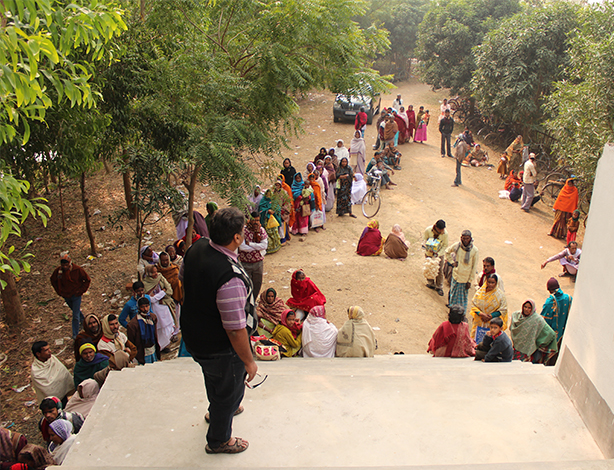 Nevatia considers the opening of multiple health-care centres as RHCF’s biggest achievement till date. There have been plenty of challenges along the way, ranging from opposition from local quacks who were providing sub-standard care at high costs to dealing with villagers who were still holding on to superstitions about health. The organisation dealt with the former by offering low-cost yet high-quality treatment to encourage the rural people to approach its primary health-care centres instead of quacks. It dealt with the latter by creating awareness among villagers to ensure they visit its centres for effective treatment.

For RHCF, finding people who are willing to support the cause has also been a challenge. Fortunately, there have been benevolent donors who have stepped in to lend a helping hand. Nevatia reveals, “Our principal sponsor is Sita Devi Malhotra Charitable (SDMC) Trust, whose financial support helps us run 12 health-care centres in rural West Bengal. There are sponsors helping us run the other centres. We also have many not-for-profit foundations and CSR units supporting our cause.”

The team behind the cause 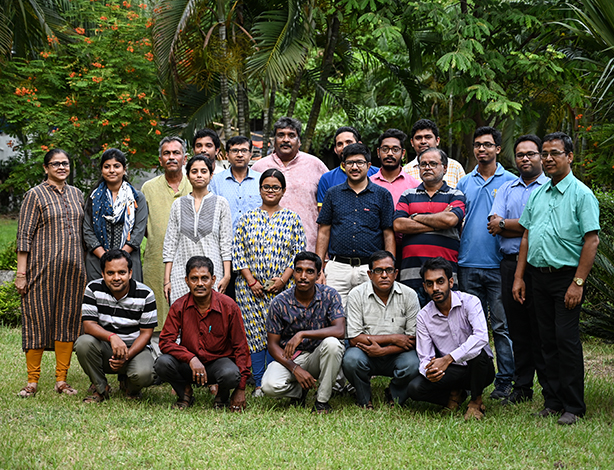 Arun Nevatia passed away in 2013, but Anant Nevatia and the rest of the team at RHCF have kept the crusade going. Nevatia says, “We have a reasonably big and dynamic team, and it is due to their combined effort that the organisation is running smoothly. Everyone in the team has passion for the cause and sincerely works for rural and underprivileged communities.” As the president of RHCF, Anant Nevatia’s job is to lead strategy and operations, and oversee the functioning of the organisation and rendition of primary health-care services to communities. His son Shreyas is the CEO of RHCF while sister-in-law Falguni helps run the pharmacies in the RHCF centres, taking care of negotiations with vendors for procurement of medicines, maintenance of stocks and delivery to the centres.

RHCF has earned immense recognition over the years. In 2013, it was given a special Consultative Status by the Economic and Social Council (ECOSOC) of the United Nations, enabling it to participate in many events, including, but not limited to, regular sessions of ECOSOC, its functional commissions and its other subsidiary bodies. A case study on the evolution of RHCF was published by Harvard Business School in 2013. In the same year, the Indian Embassy in Kabul and USAID’s Financial Access for Investing in the Development of Afghanistan (FAIDA) invited RHCF and other NGOs from India to showcase their excellent work in the field of social welfare, at the Innovation Fair in the city of Mazar-i-Sharif in Afghanistan. RHCF also became one of the 10 social organisations in India to be a part of the Global Social Entrepreneurship – India Program 2017-2018, organised by Yale University.

RHCF has won numerous awards along the way, including the ‘Social Impact Award 2017’, at the Red Brick Summit organised by IIM Ahmedabad in association with Tata Trusts; ‘Most Effective Healthcare NGO – Innovations in Service Delivery’ award by The Indian Express in2017; ‘Cummins-SPJIMR Social Impact Award 2016’, in the Corporate Citizenship category; ‘FICCI Healthcare Excellence Award 2016’; ‘Rising Star’ award at the India NGO Awards in 2014; ‘Bihar Innovation Forum Award 2014’ (in the Access to Services category), initiated by the Bihar state government; ‘Social Enterprise of the Year 2012’, at the 3rd Annual India Leadership Conclave & Business Leadership Awards; and the ‘Karmaveer Puraskaar 2012’. 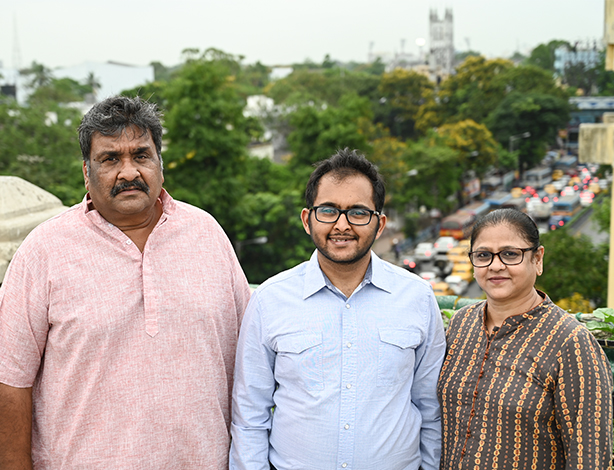 Asked about future plans, Anant Nevatia says, “We plan to continue to serve communities through our existing health-care centres and open 100 more centres in the next 10 years.” And he is already working towards helping RHCF achieve this goal while seeing to his other commitments. These include serving as a director in the family’s real-estate business, Shilpam Group of Companies; serving as a mentor to Daan Utsav (Joy of Giving) by providing guidance and resources to Daan Utsav fellows chosen from Eastern India; and serving as the founding trustee of the Kolkata Gives Foundation, a philanthropic platform that connects NGOs with donors in and around Kolkata. He is also the inspiration behind the Kolkata Foundation, a New Jersey-based non-profit organisation that is working to accelerate global philanthropic efforts towards communities in Kolkata. 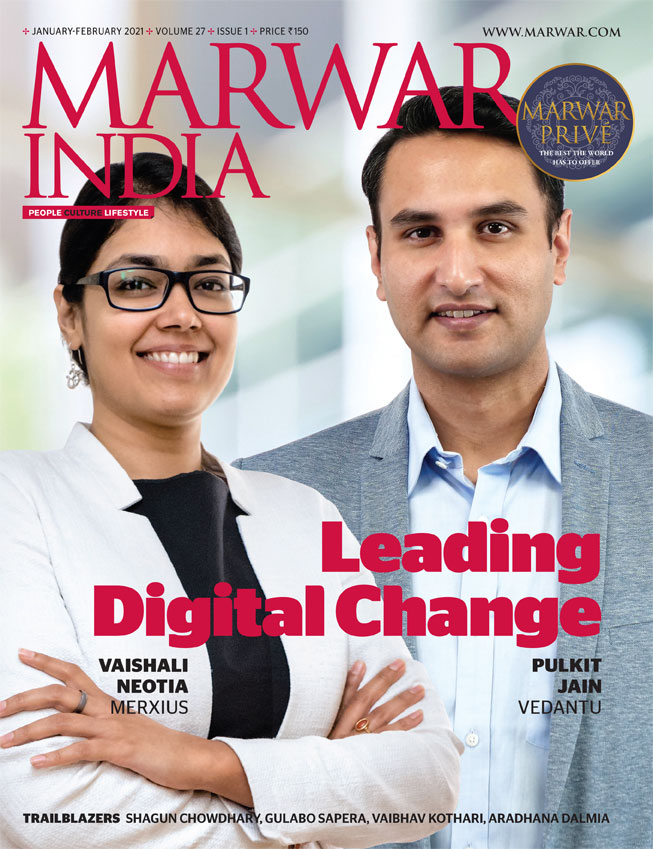 A Glass Full of Health