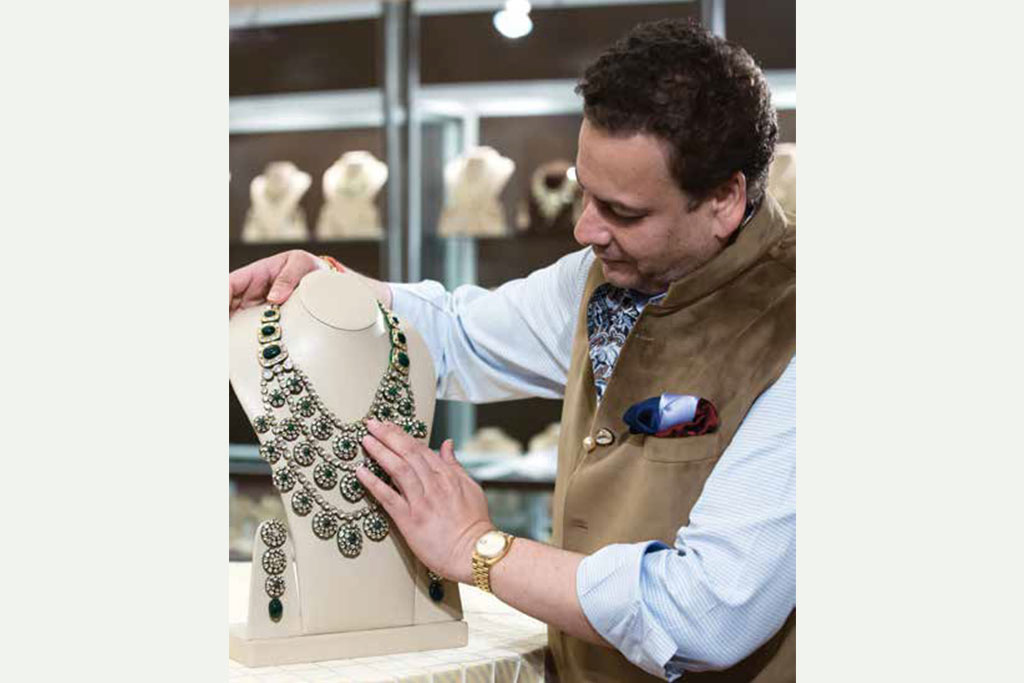 The forefathers of the Suranas were invited by Maharaja Jai Singh II of Jaipur to work under his patronage in 1735. Ever since, the Suranas have journeyed towards building an eminent reputation and are synonymous today with ingenuity, innovation and an unparalleled sense of aesthetics.

Since its inception by Seth Rajmal Surana, Bhuramal Rajmal Surana Johuree has infused enigma and panache in their craft and unique designs. The historic jewellery house was then given a push by Padma Shri late Prakash Chand Surana, an illustrious jeweller and entrepreneur whose vision and passion for innovation led to a rise in popularity and fame of the Surana name. He was also a philanthropist and a music connoisseur, known for his efforts to promote Hindustani music and art. He was awarded the Padma Shri posthumously in 2016. 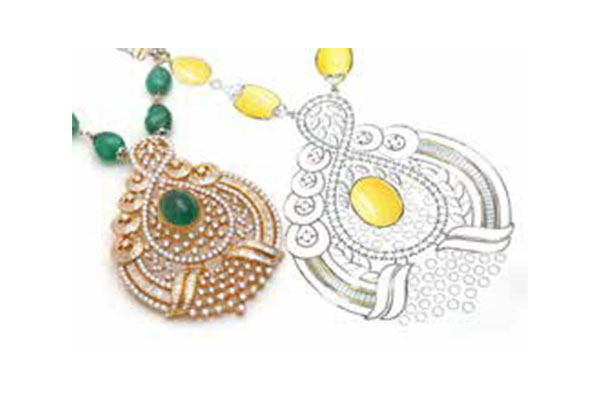 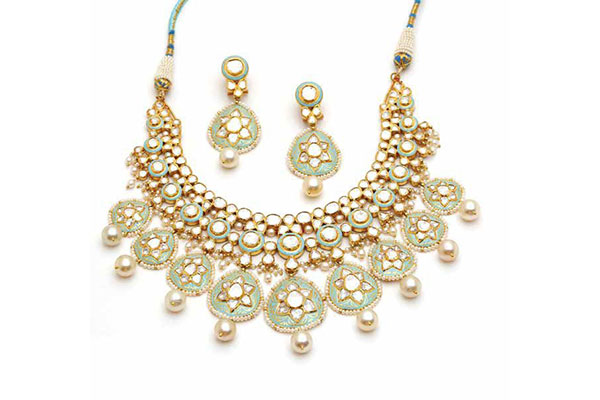 Chandra Surana, the seventh generation of the Suranas and son of Padma Shri late Prakash Chand Surana, brought in a fresh lease of life and perspective, which resulted in a synthesis of the old and the new. Using the brand name, he actively expanded the business by branching out in different parts of the country—thus creating a jewellery empire that stretched across regions, carrying the house’s fine jewellery designs and kundan, jadau and minakari techniques to a wider clientele. While their heritage store is at Lal Katra (a building owned by the Suranas that is more than 100 years old) in Jaipur, their other two stores are located in Kolkata and Bengaluru.

Chandra Surana is an alumnus of St Xavier’s College, Jaipur. Even as a boy, he was hailed as a jeweller, when as a nine-year-old, he would sit alongside his grandfather, the late Rajmal Surana and keenly observe him working in his gaddi (place of work). Growing up in his family’s ancestral haveli, he recalls having conversations about gems and jewellery with his elders at the dining table as a youth.

Chandra Surana then went on to receive formal training in the technique of cutting and polishing gemstones and the art of making jewellery from Jaipur and completed an exhaustive course in diamond quality classification and ‘tradesmanship’ from Mumbai. He believes that hands-on knowledge is extremely essential for any jeweller and credits his expertise to the valuable experience he has gathered during his apprenticeship years with the karigars and artisans of Jaipur. His wealth of knowledge in fine jewellery is also attributable to his meticulousness and years of hard work and dedication to perfection, artistry and designing. 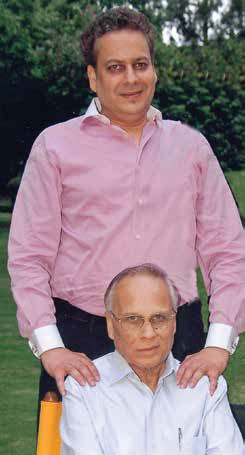 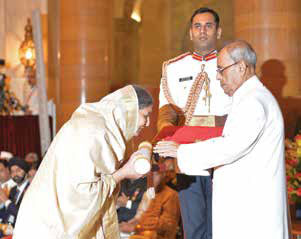 Shobha Devi Surana accepting the Padma Shri that was conferred posthumously on Prakash Chand Surana, in 2016

Thanks to Bhuramal Rajmal Surana Johuree’s constant encouragement and numerous initiatives, its artisans feel inspired to hone their artistic skills and work on the designs envisioned by the house. Moreover, the house has been able to accomplish the incredible feat of retaining the glory of the past and blending it with contemporary designs. In fact, the craftsmanship and creations can be considered as a ‘gharana’ in itself.

Chandra Surana believes that the art of jewellery making should be practised with honesty, hard labour and a particular vision in mind. For reasons such as these, his designs are awe-inspiring, as he believes in maintaining the originality of traditional designs and being creative with the newer ones. His creations also possess a very high degree of reliability, talking about which he says, “A perfect piece of jewellery can only be created through a proper perception of the design and then accurately communicating it to the karigars; this then results in a true work of art that sparkles with brilliance.” 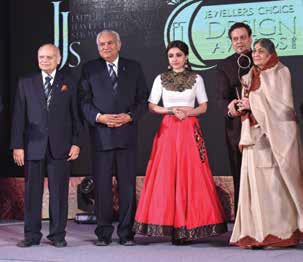 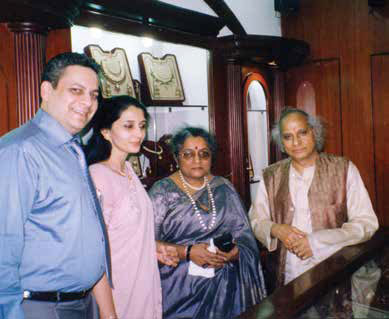 Worth his weight in gold

Since Chandra Surana spends more time in Kolkata, he interacts with artisans having expertise in traditional art in Jaipur and infuses inspirational ideas in collaboration with Kolkata artisans to derive the best in his creations. All these attest to him having learnt from the very best people in the business and having kept a close eye on how his father created eternal masterpieces and catered to their clientele. Armed with such rich experience, he gained precious knowledge and insights, until he joined the family business at the age of 23.

Consequently, when one talks about fine jewellery today, the name that comes to mind is Chandra Surana. He is known to experiment with modern designs and concepts, exceptional polkis and coloured stones, new variants in minakari styles and colours, along with other inspiring path-breaking ideas in the industry—all resulting in an amalgamation of the old and new. Each of his pieces exemplifies the Bhuramal Rajmal Surana Johuree legacy, which is rich in history, grandeur and reminiscent of the bygone days of rajas and maharajas and their courtiers. 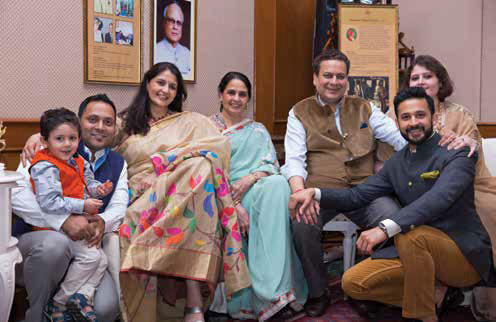 Chandra Surana with his family

Talking about his patrons, Chandra Surana says, “Each client is important to me. I aim to attend to each one of my customers with the same attention, passion and integrity. They are my source of inspiration, and it is through them that I draw the power to imagine and create.” Surana firmly believes that business and trade should have a humanistic viewpoint and approach, especially when it comes to giving karigars their due respect and providing them with the guidance required for flawless designs and craftsmanship. His clientele includes individuals from all walks of life, including royalty, the crème-de-la-crème of society, sportspersons and art and jewellery connoisseurs.

Like his father, Chandra Surana is a music enthusiast and works towards preserving and supporting the classical music fraternity. He is also an avid horse rider and enjoys watching polo. His involvement with social and philanthropic organisations for the benefit of society at large as well as his association with trade bodies for the cause of trade and craftsmen continues.

Chandra Surana maintains that the key binding force in his life has been his mother Shobha Devi Surana. His wife Sharmila Surana’s support is immense too—she has been his backbone in all his endeavours. Both his children Prashant (a graduate gemologist from Gemological Institute of America and an alumnus of SP Jain School of Global Management) and Urvashi (a trained jewellery designer) epitomise the generations before them. Having travelled around the world and drawn inspiration from diverse sources, the two of them are poised to carry the family legacy forward. While one excels in art, design and craftsmanship, the other specialises in management and operations. Both are married and have two children each.

Chandra Surana strongly believes his ancestors’ blessings are with his children and the House of Suranas, which will only grow manifold from here on. After all, the Surana journey has been Illustrious and the house has stood on the pillars of quality, craftsmanship and trust, which are some of the main ingredients of success.