‘Marwaris’, in the truest sense of the term, are a diaspora community originating from Rajasthan—a conglomeration of traders, financiers and fortune seekers, whose quest for a better life away from the hardships of their desert homes took them to distant cities, especially Calcutta (now Kolkata). Hardened by the desert way of life, their industriousness, their spirit of enterprise, frugality and ambition helped them earn name, fame and fortune in their adopted cities. Many of them were Jains. Living in a faraway land, their common interests and ethnographic origins also helped them forge deep ties and live as a close-knit community. The Friends 13 Group comprises 13 such individuals, all of them Jains, whose common interest to serve their community as part of the Svetaamber Terapanth Sect, brought them together.

An eponymous coffee-table book conceptualised by the group and published by …………… now talks about their dedication to transform lives through community service— individually at first as part of the Terapanth Mahasabha, and then collectively as the Friends 13 Group, having been brought together by Acharya Mahapragyaji, the tenth head of the Jain Svetaamber Sect.

The association of the 13 friends rewardingly has helped them discover the true meaning of friendship, which in turn has helped them lead more fulfilling lives as one large family, while also enjoying deep ties with their loved ones at home. As successful businessmen and eminent members of the Marwari community, their struggles, hardships and successes deserve acclaim, respect and emulation. Friends 13 Group tells the story of each one of them and how their paths merged to form one body unified in the spirit of community service and unconditional friendship, making the book a must-have for businessmen, historians, collectors and every Marwari household.

MARWAR brings you a synopsis. You can read the full article in our magazine.

Born in Forbesganj, as a child, Arun Sancheti excelled in studies, tournaments and cultural activities in school. Ambitious and committed, he dreamt of doing something big on his own rather than join his father’s successful tea business, and indeed he did.

After two failed attempts of building his own business, Arun Sancheti tried his hand at constructions, in association with Surendra Dugar of PS Group, and here he met success. Today, he is a part of the PS Group, a brand that enjoys the trust of thousands of satisfied customers.

Sancheti is strongly spiritual. At the bidding of Gurudev Acharya Mahaprabha, he consented to becoming the Treasurer of the Mahasabha and together with his wife Sunita and family, he remains dedicated to the service of gurudev. 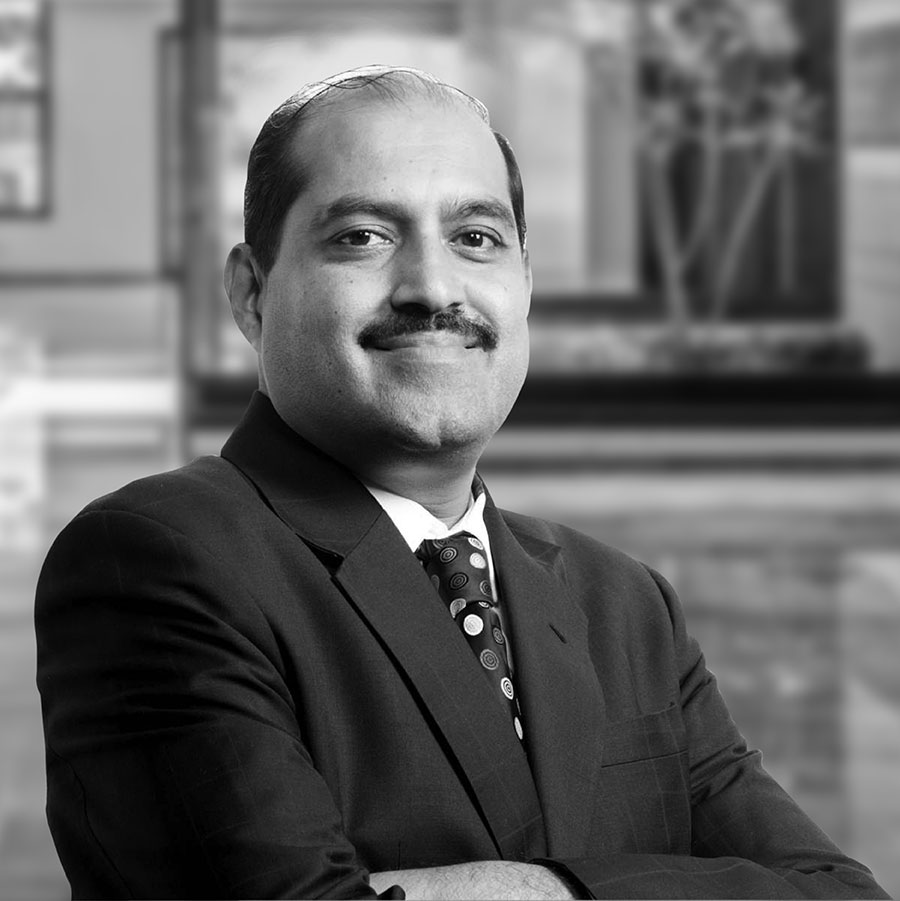 Born in Sri Dungargarh, Rajasthan in 1955, Bhikam Chand Pugalia’s leadership qualities shone through during his college days, when he was appointed the general secretary of the Jain College Union.

From humble beginnings, his career took him through a stint at the Duncans Group of Kolkata—while simultaneously working at his father Dharam Chandji Pugalia’s agency for Baba Zarda—until a lucky break came by way of Dharam Chand being offered an agency for Pan Parag. As fate would have it, sales rose and then skyrocketed bringing success beyond imagination for the Pugalias, until a disassociation with Pan Parag forced them to take up other agencies. However, soon after, a dealership of the Rajnigandha Group led to a turnaround of fortunes and prosperity.

Because of Bhikam Chand’s activities with the Mahasabha, he is a part of the Friends 13 Group, while his wife Sushila is a trustee of the Mahasabha. 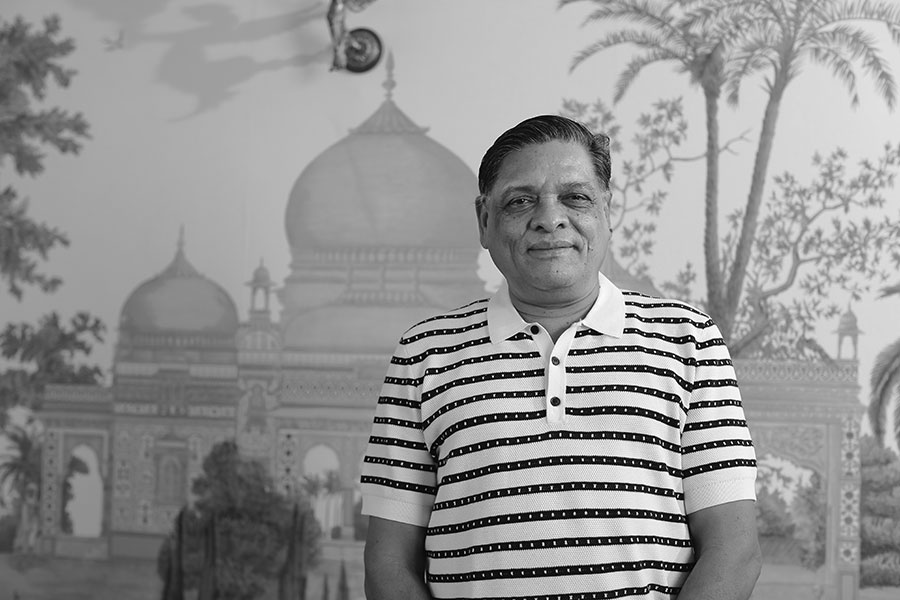 As a child, Chainroop Chindalia had learnt to accept of the vagaries of fate with optimism from his parents after the family fell into hard times. After moving to Calcutta, he struck friendship with Surendra Choraria (which lasts to this day), and started their partnership venture. The duo received their first big order from a sugar company in Gwalior. In 1989, the duo bagged an SKF distributorship, where they outperformed expectations, which brought them fortune and prosperity.

After a change in global management of SKF, Chindalia took up a master distributorship of ZKL (the biggest bearing manufacturer in Central Europe) in India, while Choraria went for a FAG (now Schaeffler) distributorship. Both have prospered since then and enjoy pan-India presence. They then became long-term exclusive distributors of pioneering American company Beloit Regal Corporation. Chindalia later took over Slovakian bearing company and brand FKL and today has his own manufacturing unit in India.

Chainroop Chindalia and wife Lakshmi have three children and five grandchildren. His work for the Mahasbha brought him together with the Friends 13 Group. 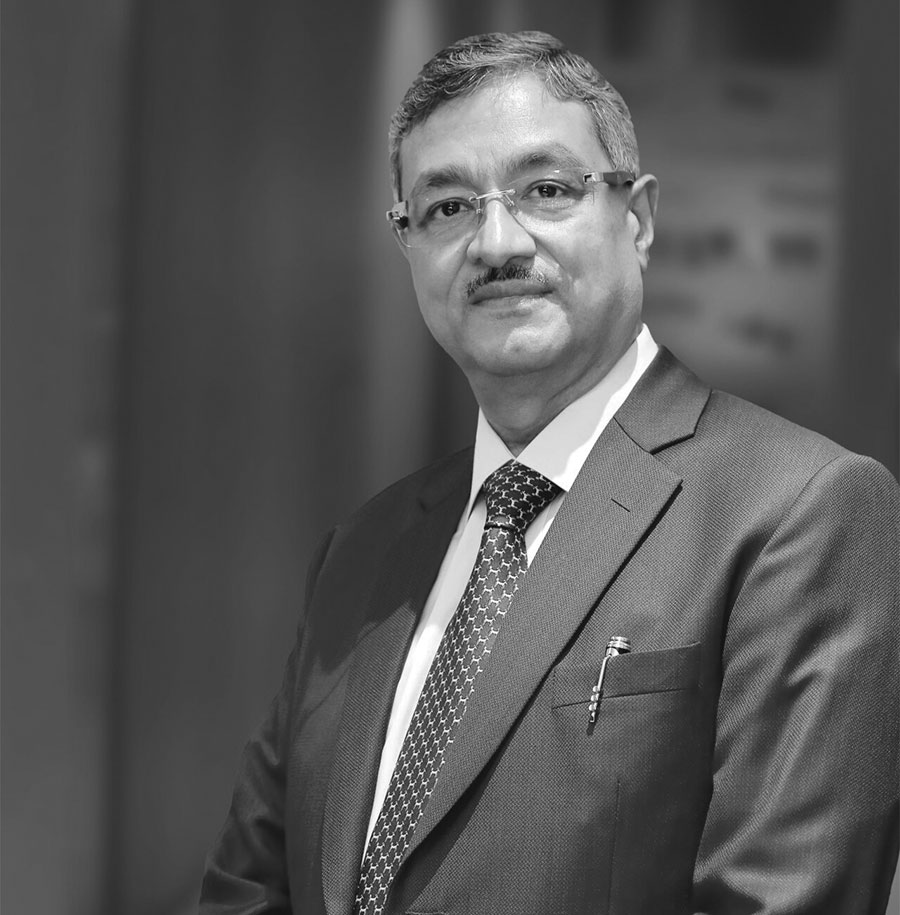