Home In Focus Leopards In A Spot 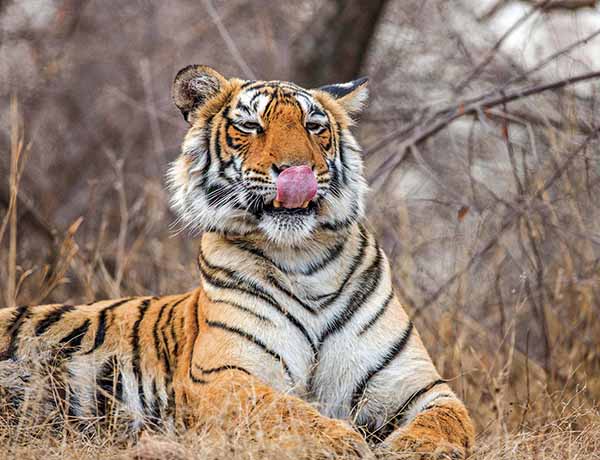 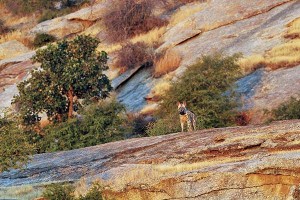 It shares its territory with the tiger in 17 states. Its range extends across India—from tropical rainforests and alpine coniferous forests to dry shrubs and grasslands. Yet, despite its much-admired capability to survive across a wide range of habitats, on March 8, Rajasthan became the first state in the country to launch a project to conserve leopards by improving their prey base, mitigating conflicts with humans and controlling poaching. A sum of `7 crore was set aside for Project Leopard.

Incidentally, the spotted cat has been instrumental in boosting tourism in the state. Leopard safaris are a major attraction in the Jhalana Forest Reserve near Jaipur, in the Jawai region of the Pali district and even the Sariska Tiger Reserve, where it now hogs the limelight with the tiger. At the same time, the leopard remains protected under Schedule I of the Wildlife Protection Act, 1972, and is listed as ‘Vulnerable’ on the IUCN Red List. A 2015 wildlife census puts their number in the state at 434, and as many as 20 leopards have reportedly been killed between 2014 and 2016 in accidents or due to animal-human conflict. This makes its tryst with Rajasthan an unusual one.

Wide range
Historically, because of their ability to adapt to different habitats, leopards have inhabited the entire Indian subcontinent and continue to do so, despite the huge man-made pressures and habitat fragmentation.

Elusive, nocturnal and shy, leopards feed on smaller species of herbivores found in their range such as the chital, hog deer and wild boar. “However, they are also known to survive on small prey such as domestic dogs, goats and pigs in the absence of large wild prey, partly because of their ability to inhabit a variety of forested and degraded habitat,” elaborates Atula Gupta, founder and editor of www.indiasendangered.com. It is also known to carry its prey up on trees, especially in areas where it shares its habitat with other large cats, especially the tiger. Leopards usually mate throughout the year, producing a litter of two to three cubs. The cubs stay with the mother for about two years, when they learn to hunt by following and watching the mother. 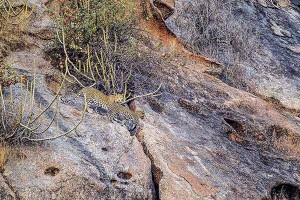 Rise of tourism
In Rajasthan, the leopard can be found across a wide range of protected and unprotected areas, the desert region being a notable exception. “Anyone interested in a big cat in India plans to see the tiger. It is only in recent years that the leopard has come into the limelight. However, it is a shy animal and sightings are almost impossible during daytime. But in some places such as Bera, there is almost 98-99 per cent chance of a sighting during a three-hour safari. This adds to the popularity of certain leopard safaris in Rajasthan,” says Vinod Kumar Goel, a wildlife photographer who has been clicking the leopard since 2013.

The sudden popularity of the spotted feline has led to the advent of leopard tourism, an opportunity that the locals and the government have cashed in on across the state. “Leopards are found in the same reserves as tigers, so people who can’t spot a tiger can be offered the additional lure of a leopard safari. Also, forest reserves that were never too popular, even if within protected areas—such as the Bala Quila in the Sariska zone—are now gaining tourist traffic because they are now promoted as leopard sighting destinations,” elucidates Gupta. Additionally, areas without a tag of ‘protected reserve’ are being taken advantage of by those wanting to make a quick buck out of unregulated tourism. 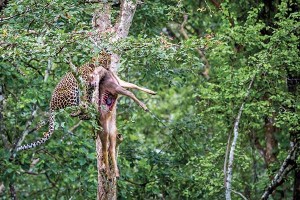 Obstacles ahead
Today, common threats facing the leopard in India are increasing conflict with humans, poaching for illegal trade in body parts and loss of habitat. Leopards also die due to accidents on roads passing through and around protected areas. Pressure is additionally exerted on protected areas by grazing livestock, extraction of fodder, logging, procurement of non-timber forest products and illegal occupation. These factors also lead to human-animal conflict inside forests.

However, the biggest emerging danger is unregulated tourist activity in unprotected areas. Rampant construction and unauthorised tourist activities are today creating a situation where the already shy leopard is being forced to leave its habitat in search of a more peaceful existence, thus increasing the chance of a man-animal conflict. In Rajasthan in particular, where private leopard tourism models are in place, this problem is already a cause for alarm.

Conservationists also cite other concerns when it comes to the protection of the spotted cat. A major obstacle they face is keeping tabs on its numbers in the country. India’s first official leopard census was conducted in 2015 alongside a tiger census. It showed that India’s leopard population was around 7,910 in protected tiger reserves, where the census was conducted. Yadvendradev V Jhala, who was the lead scientist of the census, however, said that the number could easily be around 12,000 to 14,000, if the leopards living in unprotected areas were counted too. “The state of Rajasthan too has unprotected areas that do not fall under the category of national park or sanctuary and yet have a high density of leopards. This makes the task of conservation a tad more difficult,” says Goel. 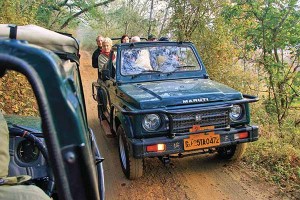 Project objectives include mitigating man-leopard conflicts, conserving the leopard population by countering the threats the predator faces and creating goodwill between local communities and leopards. Conservationists also hope that the project will help protect bears, lesser cats, other smaller mammals and prey species that do not get their due share of the limelight.

There are other recommendations too. Experts advocate providing training and jobs to locals around protected areas and within unprotected areas so that they continue to be protectors of the land. This will ensure that both the habitat and the animal are kept out of harm’s way by outsiders, who see tourism as a successive business module.

That apart, it is very important for the government to intervene and frame rules and regulations with regard to tourism before it is too late. “It will be better for tourism if locals are trained in simple wildlife biology and taught to speak English, which is preferred by most tourists,” says Gupta. This ensures that they remain invested as stakeholders in the conservation of the leopard.

Staying put
Conservation of the species is not a utopian dream. Experts point to the unique example of the Jawai region, which is home to an array of wildlife that peacefully coexists with humans. Here, local communities have protected the leopard, perceived to be the guardian of all holy sites and temples found on the rocky outcrops of the Aravallis. Surprisingly, there have been no reports of man-animal conflict emanating from the region.

Gupta signs off by saying, “Rajasthan’s Project Leopard is a welcome move that other states should follow. Hopefully, it will make people aware of how to peacefully coexist with leopards, as well as deal with situations where the animal strays into human habitats. It will also ensure that the prey base of the leopard is increased. It is what the animal ultimately needs to stay put in its own home.”