Indian industry lost one of its finest generals when former chairman of Bajaj Auto Ltd, Rahul Bajaj, breathed his last on Saturday, February 12, 2022. The veteran industrialist was 83. He had been ailing for some time.

Bajaj is survived by sons Rajiv and Sanjiv Bajaj and daughter Sunaina Kejriwal. His wife, Rupa Bajaj, had passed away in 2013.

Rahul Bajaj was born in Kolkata in 1938. He was the son of Kamalnayan Bajaj and grandson of freedom fighter Jamnalal Bajaj, who was also the founder of the Bajaj Group that has interests in two-wheelers, financial services and electrical appliances. Bajaj studied economics and law and went on to pursue MBA from Harvard Business School in the USA. Upon his return, in 1968, he joined the family business.

Besides successfully helming the group, Bajaj oversaw its successful transition from an assembler to a manufacturer of scooters. Under his leadership, Bajaj Auto saw tremendous growth. It became a household name, especially with iconic brand Chetak gaining popularity as an affordable means of transport for millions of Indians—reflected in the popular Hamara Bajaj advertising slogan in the seventies and eighties.

Bajaj was honoured with many awards during his lifetime, including the Padma Bhushan in 2001. He was also the chairman of the Confederation of Indian Industry (CII) for two terms and a member of the Rajya Sabha during 2006-10.

In 2005, Bajaj handed over operations of Bajaj Auto to his son Rajiv, while the baton of the financial services business was passed on to younger son Sanjiv. His cousins Niraj, Shekhar and Madhur Bajaj head various other group companies.

In 2021, Rahul Bajaj stepped down as non-executive chairman of Bajaj Auto and remained its chairman emeritus until his demise.

The greatness of a man lies in his achievements—in his vision, thoughts, words and deeds and in the legacy that he leaves behind. Rahul Bajaj stood tall both in physical stature and in terms of his accomplishments, and his departure has left Indian industry bereft of one if its finest generals. Here was a man who not just upheld his rich family legacy of patriotism and Gandhian values, but also shaped and nurtured the family business to fuel growth of the Indian industry. Dauntless and outspoken, he held his own, in the spirit of a true leader and guided family members like a patriarch, steering future generations to scale new heights. 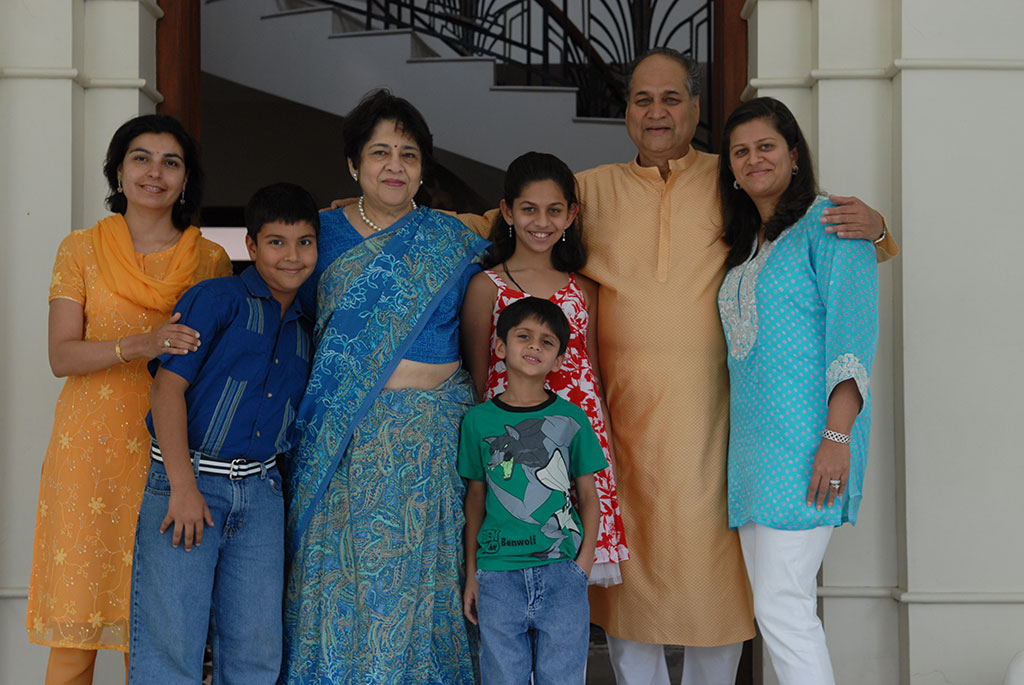 Glimpses from the past

A man is the sum of his many parts, some of which, as revealed to MARWAR during a previous interaction in 2008, sheds light on his leadership qualities and wonderful persona. We bring you excerpts.

Rahul Bajaj was born with a wonderful legacy. Grandfather Jamnalal Bajaj was the “adopted” son of Mahatma Gandhi and played a pivotal role in the freedom movement. His uncle, Ramkrishna Bajaj, who headed the family business after his father, Kamalnayan Bajaj’s death was a great devotee of Vinoba Bhave and brought a great deal of “heart” to his activities. His father was known for his keen social conscience and belief that the rich must set the example of simple living and high thinking. Grandmother Jankidevi was given one of the highest civilian awards — the Padma Vibhushan.

Rahulji started his love affair with Bajaj Auto in November 1964; post his return from Harvard Business School, where he started off with a Bharat darshan—visiting the factories and offices of Bajaj. On January 1, 1965, he officially became the director managing agents (DMA) of Bajaj for two years, after which the Government of India abolished the system of managing agents. He then became the managing director. But on May 2, 1972 life took a turn for Rahulji. His father, Kamalnayanji Bajaj passed away, “It was the biggest shock of my life, not that I was a baby. I was 34-years-old then. I have learnt more from my father than I did from Harvard.” He remembers his younger days and says, “I was brought up by my mother. My father was never available then, but it was after the age of 20 that my father and I would sit at least once or twice a month — as he would be travelling otherwise — post dinner at 9 o’clock and talk till nearly 3 a.m.”

The legacy of Jamnalal Bajaj, referred to as a saint, was responsible for creating goodwill for the company. “My father and uncle were businessmen, father being responsible for building the empire, but it was my grandfather who built the goodwill.” 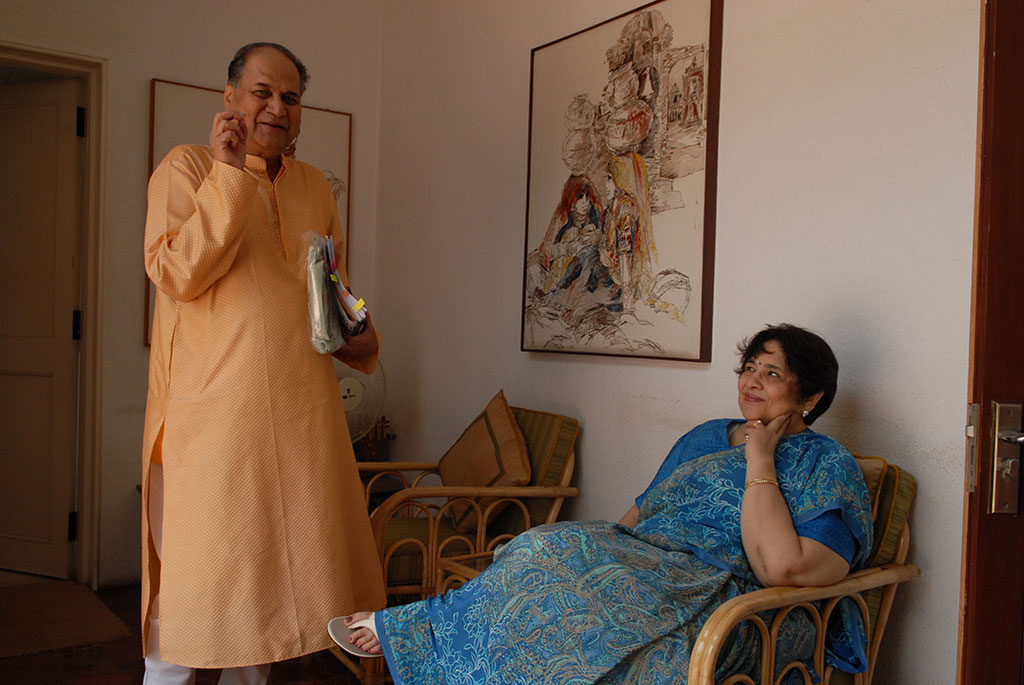 When Kamalnayanji Bajaj passed away Rahul took over the reins. “My uncle was not really a businessman, neither had he studied abroad nor did he have a graduate degree. But after my father’s demise, the full credit for keeping the family together goes to my uncle and not me. But in the group’s industrial activity, if I may say so, I had a greater role to play. Though it was always clear that he was the head of the family and the group. I became the head only in 1994 after his demise.” He further adds, “My father had a very strong personality, but Ramkrishnaji kept everyone together, not just by the force of his personality, but with his love. Keeping the family together was very important as we had to grow, and that wouldn’t have been possible without my uncle.” Ramkrishnaji had great faith in his nephew. “He had told his sons, “If Rahul and I ever have a disagreement, support Rahul and not me.”

The “success story” that never fails to fascinate and has almost become a legend is his struggle and eventual triumph with Bajaj Auto’s scooters and three-wheelers. However, what is truly remarkable is that he refused to ‘grease palms’. He says that not doing so caused delays, but no one ever worked actively against him.

The licence permit raj allowed only maximum production of the licence capacity plus 25 per cent. But with Bajaj Auto growing at lightning speed and having a 10-year delivery period, it obviously surpassed this limit. But that did not deter him; he got his way through the Monopolistic and Restrictive Trade Practice (MRTP) Commission. “I told them that as my grandparents, parents, uncle and aunt went to the British jail for the freedom of our country, I am also ready to go to jail for the excess production of my scooters that makes the middle-class mobile,” adding that he was granted permission to expand.

Bajaj Auto’s scooters maintained its numero uno position in India till 2001. But with a shift in consumer preferences there was a need to then focus on motorcycles. This is where his sons Rajiv and Sanjiv stepped in. Rajiv knew that change was inevitable. With Hero Honda, TVS and Yamaha aggressively pursuing large shares of the cake, the brothers knew they had to act fast. And act fast they did. 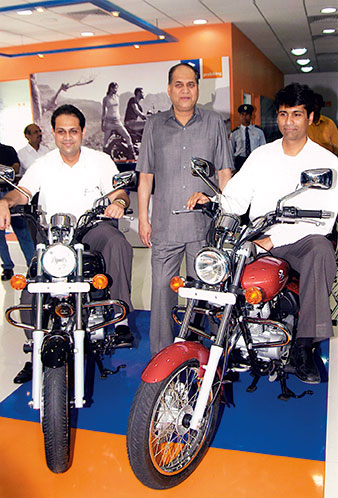 Both his sons were interested in the family enterprise and that went a long way in their ability to handle it. “I used to tell both Rajiv and Sanjiv to do what they liked, what they were interested in. I told them, “If you want to be a lawyer or a doctor, go ahead. But once you decide your field, be the best. You must be known for your integrity, your hard work, your quality, your guts and the courage to stand by your convictions. Otherwise, you could be just another rich man and have chamchas (sycophants).” He says that he is pleased to note that while his sons have his bent of mind neither of them are clones of each other. “We might have similarities like any two humans who have lived with each other may have, and in this case they have my DNA. That is why they do not want quick money and detest corruption. But both of them are independent minded. So, I do not interfere with them at all.”

Family businesses should think about being good institutions, too. “We should start thinking about India and be tolerant towards other cultures. There has to be a publicprivate partnership. You must recruit people with a proven track record, the courage to follow your convictions and have the ability to say no. Don’t compromise on your principles, but strike a balance, as extremes lead to problems and disputes.

Common sense, wisdom, vivek (judiciousness)—very different from pure intelligence—is essential if you want to keep the family together,” says the man who has kept his family business alive and thriving.

Rahulji’s wealth and inheritance mainly consists of exemplary people like “Bapu”, Jamnalalji, Vinoba Bhave, Kamalnayanji and Ramkrishnaji. Rahulji speaks fondly about Mahatma Gandhi, “Bapu was not only the father of the nation, but he was also our family’s father. His greatest teaching to me, which looms large in all my actions, is ‘Whatever you do, keep in mind how it affects the poorest of the poor in India.’”

Rahulji says that the ethical way of doing business, the moral way of living life, courage and fearlessness were precepts taught to him by his father. Especially, not giving in to the wrong demands of politicians and the bureaucracy.

Vinoba Bhave was considered the kulguru (family teacher) of the Bajaj family. His greatest teaching was to see the entire world as his family. Says Rahulji, “We might say Jai Hind or Jai Bharat, but he would always believe in saying Jai Jagat. People focus on their spouses, children, siblings, cousins, and maybe, close friends, but few are concerned about the rest of the world.”