Beneath Anurag Rathi’s suave, soft-spoken exterior lies a determined entrepreneur who has turned the family’s construction steel business into one of the most trusted and reputed names in the high strength steel bar segment. That apart, as the founder, promoter and director of Rathi Bars Limited and Rathi Special Steels Limited—both based in Rajasthan—Anurag Rathi today helms businesses that have a collective turnover of over `750 crore. Recently, he has forayed into the real estate sector as well through his company Rathi Oxygen Private Limited, which develops commercial properties for leasing, in New Delhi. 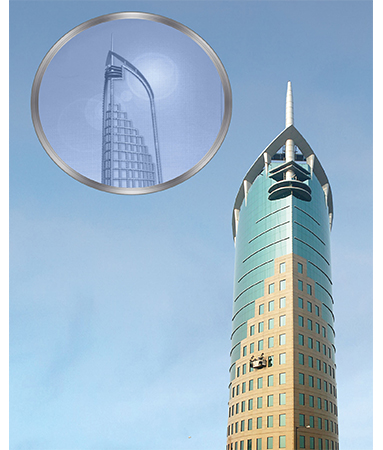 Gateway Tower, Gurugram (Rathi steel bars have been used in the construction of the structure) 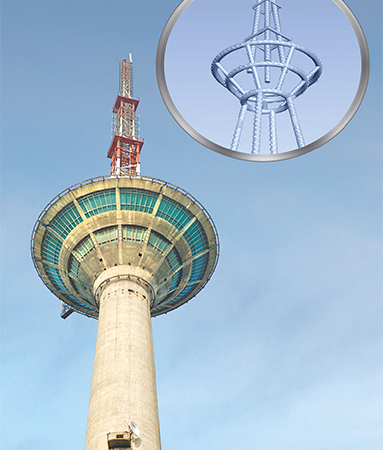 TV Tower at Pitampura, New Delhi (Rathi steel bars have been used in the construction of the tower)

Anurag Rathi’s family shifted from Rajasthan to Delhi so far back that he has little knowledge about his ancestral home, except that it was in a village called Maroth, which now is in the Nagaur district of Rajasthan. The family business of making steel goes back to the early 1940s, with the Rathis starting off with a re-rolling mill that had a production capacity of 369 kg per day. The Rathi clan has separated since, but seven decades later, Anurag Rathi continues in the family tradition of making construction steel.

Taking up the baton
“I joined the family business right out of high school in 1989,” says Rathi, referring to G D Rathi Steels Limited, the company that was bequeathed to his father, K K Rathi. As his father felt that technical skills were of utmost importance in running their kind of business, he would go to college in the morning and then work from afternoon till late evening to learn its shades and nuances. “It was quite a difficult transition, as I had to move from the comfort of home to spend my days at the mill’s shop floor in Delhi’s extreme weather conditions,” says Rathi looking back.

In spite of being the third generation in the business, I am proud to call myself an entrepreneur, as I have started these plants from scratch

In 1992, the Rathis bought a second-hand rolling mill in Ghaziabad, with which Anurag Rathi got the opportunity to put the technical knowledge he had gained during his gruelling training process to test. And prove his mettle he did, as the mill went into production in a record time of just two months! 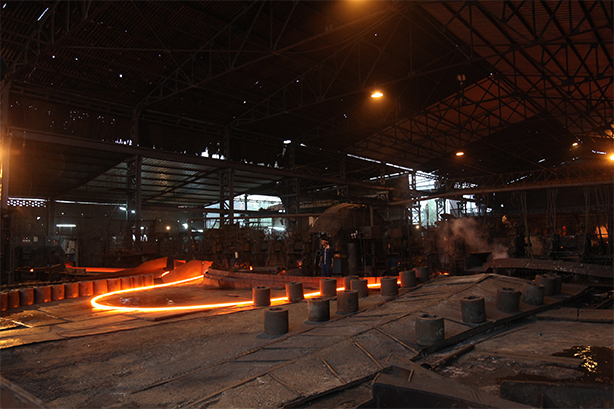 Rathi’s big break came in the mid-nineties when he was able to successfully set up and promote a semi-integrated steel plant for manufacturing construction steel (from the sponge iron route), in Khushkhera, Rajasthan. This was at a time when the area was totally underdeveloped and there was no infrastructure at all, with even basic facilities like telephones missing. The plant went into production in 1996, and Rathi Bars Limited (as the business is now known as) was incepted. The company went public in 2008 and has grown over the years to have a turnover of over `400 crore.

Emboldened by the success of the venture, Rathi put up his second plant, also for manufacture of construction steel, in 2005, and Rathi Special Steels Limited was born. Located in about the same area as the first, which by now had undergone considerable development, it too has fared well over the years and boasts a turnover of about `350 crore.

Anurag Rathi is the managing director and majority shareholder of both Rathi Bars Ltd and Rathi Special Steels Ltd today. And as for the manufacturing units, both are modern semi-integrated steel plants that produce construction steel that have found application in numerous infrastructural marvels and landmark structures including the Lotus Temple in Delhi, Delhi Metro Rail, Narora Atomic Power Station and numerous flyovers, skyscrapers and homes besides. The plants have a production capacity of 800 tonnes per day and are probably are the only ones in the NCR where manufacturing is done through the hot charging process entirely. Looking back on his achievements, with understandable pride Rathi says, “In spite of being the third generation in the business, I am proud to call myself an entrepreneur, as I have started these plants from scratch.”

Excelling in the business 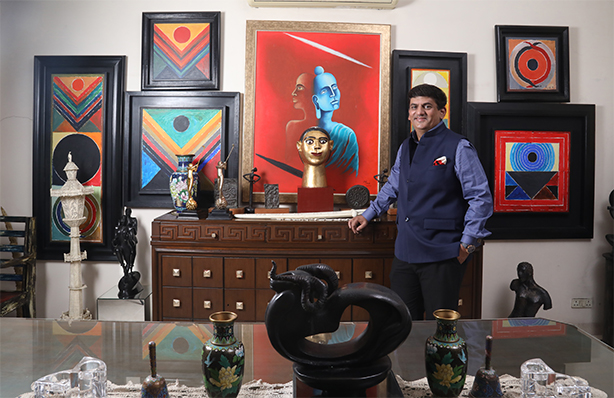 At the turn of the century, the Rathis tied-up with H&K Germany and bought a sole licence for the Thermex technology—which is one of the best technologies in the world for manufacturing construction steel—for North India, for production of special construction steel that were earthquake resistant, rust resistant, ductile and cost-effective. “This was a revolutionary technology at that time in India that changed the face of the construction steel industry. I popularised this completely new product of ours and it soon became a premium brand,” says Rathi.

More recently, the Rathis have launched Rathi Shaktiman Excel, which has been well received and has created a niche for itself amongst quality conscious steel buyers. “This is like a designer steel and is sold at a big premium. It is very well finished and one hundred per cent chemically and physically trusted,” says Rathi. Incidentally, it is sold by the per piece method—something completely unheard of previously in the steel market.

This was a revolutionary technology at that time In India that changed the face of the construction steel industry. I popularised this completely new product of ours and it soon became a premium brand

Apart from construction steel, Anurag Rathi also owns Rathi Oxygen Pvt Ltd, his real estate firm which is engaged in developing commercial properties (green buildings) intended for leasing. There are already properties within the NCR under the company that have been leased to multinationals and more properties are being developed, including one at Mohan Co-operative Industrial Estate, Mathura Road, and one on Loni Road, both in Delhi. 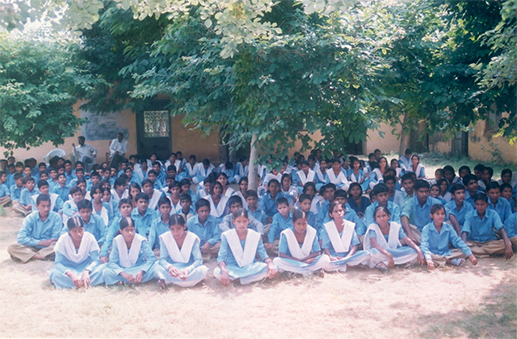 The Marwari community is known as much for philanthropy as for enterprise, and Anurag Rathi is no exception. Realising that the condition of schools in the neighbourhood of his plants was quite pitiable and that lack of adequate funds on the part of many workers was acting as a hindrance to their children’s education, he set up the Rathi Education Society to redress the situation. The education society has adopted a number of schools in the area and has taken up the responsibility of funding the education of the students till the end of high school.

Anurag Rathi also is an art aficionado, having had a flavour for art since his schooldays. His wife, Nandita, coincidentally also is an art lover who likes to collect art, and consequently a great number of art pieces adorn the Rathi residence, which have been purchased from some of the finest artists in the country. Anurag Rathi’s love for art in fact has spilled on to actually creating sculptures with scrap material from his plants, which he intends to display in a show soon. Besides art, Rathi also likes to sing and would love to be recording someday.

This was a revolutionary technology at that time In India that changed the face of the construction steel industry. I popularised this completely new product of ours and it soon became a premium brand.

The Rathis live at Delhi’s Panchsheel Park and have two daughters, Devanshi and Advika. While, Devanshi, the older of the two, is a huge chess enthusiast and a talented player, having won several awards for chess, including the Commonwealth Championship Bronze Medal in the U-18 Girls category, younger daughter Advika is still in school.