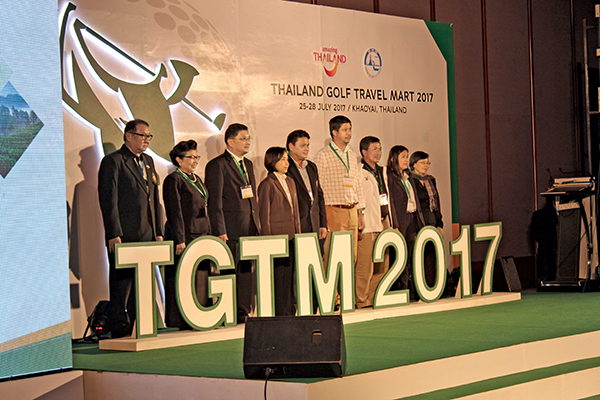 Thailand boasts over 200 golf courses, many of which rate among the best in the world. Add to this, excellent clubhouse facilities, impeccable services and the cornucopia of non-golfing attractions that Thailand is famous for and what you have is endless possibilities of customised golfing holidays to suit every need. 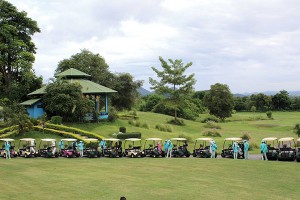 THAILAND, ETERNAL TOURIST PARADISE, HAS hordes of tourists flocking to its shores, drawn by its treasure trove of emerald seas, silvery beaches, spectacular scenery, a vibrant nightlife and mouth-watering Thai food. But beyond these well-known draws, there are other segments of the Thai tourism pie that have steadily inched up on the popularity scale. One of them is golf which is slowly but surely beginning to add to the kingdom’s ever swelling tourist arrivals, thanks to Tourism Authority of Thailand’s (TAT) concerted efforts to this end.

Golf and Thailand
Hard though it may seem to conceive, Thailand is a major golfing destination, with a golfing history that dates back a century. Then played by the nobles and elitists, the sport soared on the popularity graph during golfing legend Tiger Wood’s heyday in the nineties and the decade after, in view of his part Thai parentage. A second wave of popularity swept through the nation soon after with star Thai golfers Thongchai Jaidee and sisters Ariya Jutanugarn and Moriya Jutanugarn sending ripples in golfing circles.
Golf, a sport of the upper crust and a niche segment of the Thai tourist spectrum, may not seem an attractive proposition to augment the kingdom’s tourist revenues; but consider Thailand’s mindboggling number of golf courses, which now number at over 200, and TAT’s efforts seem aimed in the right direction. Among TAT’s initiatives to promote Thailand as a world-class golfing destination include a popular annual event called Thailand Golf Travel Mart (TGTM) which invites golf tour operators from the world around to meet with suppliers from Thailand’s golf industry. Together with tour operators, members of the overseas media are also invited to cover the event.

The Thailand Golf Travel Mart
After two successful editions of TGTM, this year’s event, Thailand Golf Travel Mart 2017, once again lived up to expectations. Held from July 25–28, at the Khao Yai Convention Centre, in Nakhon Ratchsima, it had 150 buyers from 32 countries, who met and networked with 95 local sellers (representing Thai golf courses, tour operators, hotels and travel agents), through a pre-scheduled appointment matching programme and “speed-dating” sessions. In addition, 48 overseas media members were invited to cover the event, one among them being MARWAR.

In keeping with trends, the majority of the buyers at TGTM 2017 were from Asia (65 buyers) and the ASEAN region (48 buyers), considering their close proximity to Thailand. In addition, there were 31 buyers from Europe and three from USA, giving the event a truly international flavour. Speaking at the occasion, Tanes Petsuwan, TAT Deputy Governor for International Marketing (Europe, Africa, Middle East and Americas) said, “Golf is big business in Thailand thanks to the amazing courses around the country that show off our amazing scenery while offering world-class amenities and famously friendly Thai caddies. This event will help strengthen Thailand’s position as a leading golf destination while attracting new golfers to play while enjoying the legendary Thai hospitality and unique local experiences.”

The deputy governor’s words find resonance with respect to not just Thailand’s amazing golf infrastructure, but also the breathtaking views and unique local experiences that the country offers. Consider, for example, the Khao Yai area, where the TGMT was held this year. Clad in the verdant beauty of the Khao Yai National Park, the well-connected region offers a plethora of tourist attractions, including sprawling vineyards, farms, wildlife, mystical hills and breathtaking scenery, not to forget excellent amenities and cuisines. It is also home to several golf courses such as Khao Yai Golf Club, Kirimaya Golf Resort Spa, Bonanza Golf & Country Club, Mountain Creek Golf Resort and Residence, among others. 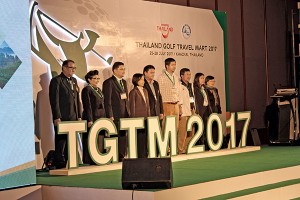 This year’s highlights
Among this year’s highlights was The Thailand Golf Paradise Seminar. Organised by TAT and the Sports Authority of Thailand (SAT), it saw Thai and foreign experts share their valuable experiences in the golf industry. A meeting between TAT and golf course officials from the Khao Yai area was also held, which was aimed at jointly promoting the golfing segment. The session focused on providing marketing strategies to promote the country as a prime golfing hub and was attended by TAT executives, TAT overseas office directors and marketing representatives.
Another highlight of TGTM 2017 was a networking golf tournament for all participants, which was held on July 28 at the Bonanza Golf & Country Club, The Rancho Charnvee Golf Country Club and the Mountain Creek Golf Resort. The tournament offered everyone the chance to discover some of the up-and-coming golf courses in Khao Yai.

A world-class golfing destination
Beyond Khao Yai and Nakhon Ratchsima lie other equally attractive regions such as Bangkok, Hua Hin, Pattaya, Chiang Mai, Phuket, etc, that house some of the other top-rated golf courses in Thailand. The resort towns of Pattaya and Hua Hin, for example, were voted ‘Golf Destination of the Year for Asia and Australasia’ by the International Association of Golf Tour Operators (IAGTO) in 2012 and 2014. Further, Chiang Mai was voted ‘Golf Destination of the Year Asia and Australasia 2017’ by 220 golf tour operators worldwide.

Last but not the least, what stood out during the four-day event was TAT’s exceptional hospitality which saw participants being treated to the best of Thai food, sightseeing trips and recreation, not to forget the luxuries of The Greenery Resort, Khao Yai, where the event was hosted. The swank COMO Metropolitan Bangkok too merits a mention. Known for its impeccable rooms/suites, gourmet food and unique Thai hospitality, the Indian contingent had the opportunity to savour its unique offerings before bidding adieu to the Land of Smiles.