More than six decades ago, Rajasthani Sammelan started with only three students. Today, it boasts an all-inclusive campus comprising six buildings and a well-equipped playground that sprawl across two acres of land, offering education and holistic growth to over 15,000 students, rich or poor. But in the beginning, things were not so rosy. During the inceptive years of Rajasthani Sammelan, then called Malad Rajasthani Sammelan, education in fact was no more than a mere vision among its founders. 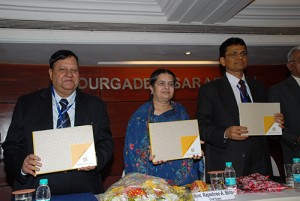 The inception
It so transpired that way back in 1948, the local Rajasthani population of Malad, a township in the suburbs of Mumbai, was on the lookout for a suitable venue for hosting community get-togethers during Holi and Diwali. It led to the foundation of the Rajasthani Sammelan. However, what began as a venue for community meets—which explains the name, Rajasthani Sammelan—was to soon give way to more to the institution’s founding fathers’ efforts and contributions played a crucial role. One among them was Late Shri Ramgopalji Ruia, who breathed his last recently. In an interview published in a back issue of Rajasthani Sammelan’s quarterly news magazine abacus, the founding father takes us back in time: “Our desire was to start a girls’ school in Malad so that girls can be educated up to SSC level. At that time, Shri Vishwanathji Podar had obtained from Shri Kudilal Seksaria 4,000 sq yards of land (part of the present area) to construct a school building which was then taken over by Rajasthani Sammelan as donation for construction of the school. Later on, Sarvodaya Balika Vidyalaya (now Kudilal Govindram Seksaria Sarvodaya School) was inaugurated in the year 1959.” In yet another edition of abacus, a still surviving founding father, Shri Murlidhar Jalan, reminisces about how challenging it was to collect funds for the school building and buying additional land.

Spreading the light of education
Having grown exponentially over the decades, Rajasthani Sammelan today owns, manages and runs 14 institutions that include Hindi and English medium schools, junior colleges, undergraduate and postgraduate colleges, international schools (offering authorised international baccalaureate and Cambridge international primary programmes), institutes for management and media studies, night colleges, career counselling centres and even a recently-added online academy offering free or affordable distant education. The deceptively small campus in Malad houses all these institutions. One has to see it to believe the spaciousness and top grade resources and facilities that the trust boasts. 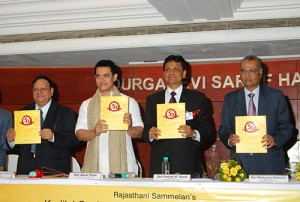 Education for all
But what perhaps really earns kudos for Rajasthani Sammelan is its steadfast commitment and adherence to philanthropy. “We educate more than 15,000 children, of whom 4,700 children are taught for a token fee of R10,” says Ashok M Saraf. Explaining the cost implications of running such a huge organisation, he adds, “What we do is take care of all capital expenditure from donations, and as for the recurring expenditures, we meet that with the fees. For some of our high-end courses like the International Baccalaureate Diploma Programme, we charge as much as three lakh rupees! So what we are saying is that we cater to all segments of society… Society has all sorts of people, so we try to take money from both the rich and the poor and subsidise where necessary.”
Though 90 per cent of Rajasthani Sammelan’s office bearers, trustees and the managing committee are of Rajasthani origin, the employees (comprising 569 teaching and non-teaching staff) and the students are cosmopolitan. Admissions, therefore, are open to all. Among the four schools owned by the trust, the Kudilal Govindram Seksaria Sarvodaya School offers SSC in Hindi medium, while Kudilal Govindram Seksaria English School and Ramniwas Bajaj English High School offer SSC and ICSE respectively. Of its four degree colleges (affiliated to the University of Mumbai), Ghanshyamdas Saraf College in particular seems to be a hot favourite among students. The college boasts an ‘A’ rating twice over from the National Assessment and Accreditation Council (NAAC) and offers a host of courses including BCom, BMS and BMM.
The Deviprasad Goenka Management College of Media Studies likewise prides itself in being the first and only full-fledged media college under the University of Mumbai. These apart, there are two postgraduate institutions, approved by the All India Council for Technical Education (AICTE), and, of course, the trust’s latest addition, the Kunjbihari S Goyal Online Academy (or the GOLD Academy) that offers online education to students who are unable to attend classes. To assist in the educative process, the institution also offers a host of supportive facilities like a hostel, a sports academy, a well-equipped playground, a career counselling centre, among others. All these make Rajasthani Sammelan a veritable education supermarket. 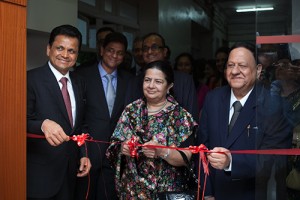 Donating for a cause
Being a charitable trust, Rajasthani Sammelan primarily depends on donations which the institution fortuitously has been able to garner from its inception, especially from wealthy Marwari business families. One such family is the Sarafs whose present-day patriarch, Shri Mahavirprasad G Saraf, has been associated with Rajasthani Sammelan ever since the institution approached him some 30 years ago for donations. The donations made by him led to the foundation of the Ghanshyamdas Saraf College (named after Mahavirprasadji’s father, Shri Ghanshyamdas Saraf, who was a dedicated philanthropist). Ever since, Shri Mahabirprasad G Saraf and two of his sons, including the current president of the institution, Ashok M Saraf, have been trustees of Rajasthani Sammelan.
This, of course, is not to say that there aren’t other instances of magnanimity worthy of mention. Rajasthani Sammelan’s list of donors, in fact, is longer than one suspects, and with CSR having become statutory in recent years, the list seems to have grown longer. During Ashok Saraf’s seven-year tenure—thanks to his constant efforts to augment the trust’s scope and size—there has been an enhanced drive for donations and a consequent spurt
in growth. 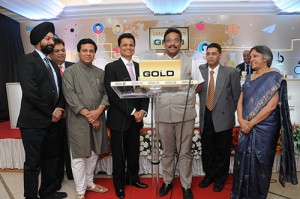 Future plans
All this bodes well for Rajasthani Sammelan in view of its ambitious plan to start a privately-owned university in the outskirts of Mumbai. A few staff members for the varsity have already been appointed. Further, talks are going on towards acquisition of a 20-acre land, for which several donors have already come forward. If everything goes as anticipated, the requisite permissions for the university should come through by next year. With that, Rajasthani Sammelan would be able to take a giant leap towards its single-minded goal of imparting education to all.