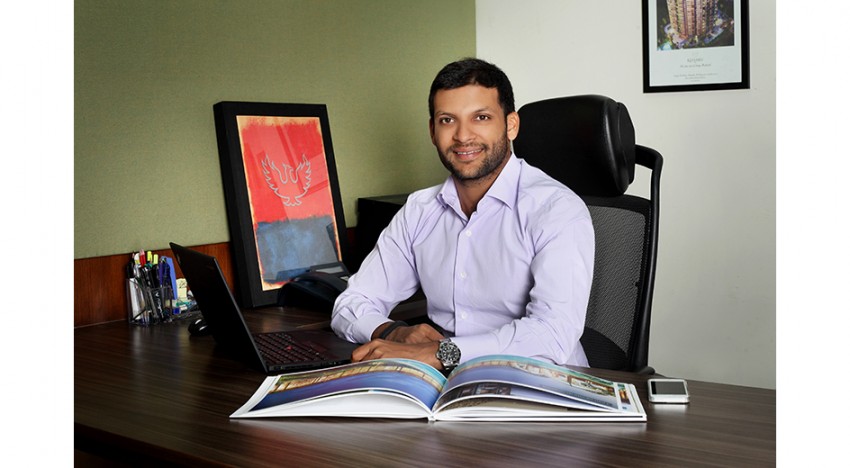 THE OLD MILL PREMISES IN Mahalaxmi, Mumbai, that houses the Market City Resources’ office and the two-floor climb (with the elevator undergoing an upgrade) doesn’t quite prepare you for the state-of-the-art and somewhat futuristic office that greets you. Airy and expansive, the juxtaposition of wood, steel and pops of neon and tall windows looking
out to the lush trees that line the compound give the space a stylish edge. Dressed in blue chinos and a checked shirt with his initials monogrammed on the cuff, Mayank Ruia, Director – Residential, Phoenix Mills, settles down for a tete-a-tete with us on a rainy afternoon, the sudden downpour serving as a fitting prelude to the insightful conversation.
Turns out we’ve caught Ruia in the middle of an action-packed day, as he juggles existing and upcoming projects. He informs us that work demands he divide his time between Bengaluru and Mumbai. Seeing how easily he has slipped into his role, it’s interesting to note that Ruia did not, in fact, dive into the family business immediately after completing his education. The said family business in question is Phoenix Mills Ltd, which was started as a textile manufacturing company in 1905. Its transformation into a retail-led development company—with focus on developing state-of-the-art mixed-use retail-led destinations and standalone residential and commercial developments—took place in the late ’90s. The company’s residential portfolio (which Ruia is now involved with) includes 6.5 million square feet across Mumbai, Bengaluru, Pune and Chennai. 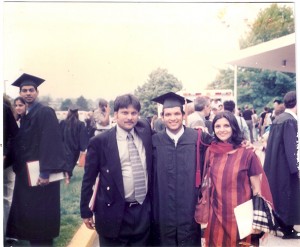 The very beginning
After completing his BSc in business administration from the Kelley School of Business, Indiana University, USA, in 2003, Ruia shifted base to New York and worked in the investment banking and private equity sector with stints in UBS Investment Bank, Sagent Advisors and American Capital. “The jump from college to Manhattan and an environment that demanded I work approximately 100-hours a week alongside arguably some of the smartest people in the world, required a lot of adjustment, particularly on the sleep cycle front,” he laughs. “But if you can get through a gruelling journey like that, you emerge with a solid foundation that lasts throughout your professional life. It also helps you realise that nothing is too difficult,” he adds.

After gaining experience in the financial sector in America from 2003 to 2008, Ruia moved on to Everstone Capital Advisors in Mumbai in 2008, which he quit in 2011 while serving as vice-president. For the 34-year-old, “entrepreneurship was inevitable”, as his ultimate aspirations were always entrepreneurial. Meanwhile, he stumbled upon his flair for real estate while constructing and creating his “own tiny little town house” within the family home in Mumbai in 2010. 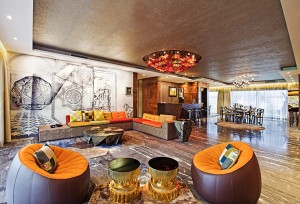 The game changer
“I joined Phoenix Mills as ‘Development Director’ in June 2011 and was entrusted with one parcel of land in Bengaluru,” he reminisces. This “parcel” has since transformed into One Bangalore West, an unabashedly luxurious and contemporary residential destination in the Southern city, the first phase of which will be delivered in the first quarter of 2016. The 30-storey towers extend over approximately 17 acres, offering a resort-like living experience in the heart of Bengaluru. “Its unprecedented success in terms of product, price and sales gave us the confidence to expand our portfolio. And from there—from just one phase of one project—we are currently working on four projects,” Ruia says proudly. “That’s the most defining aspect for me… because, you see, this was never part of the plan. But it did happen, and I was able to demonstrate that I was the right man for the job,” he smiles. 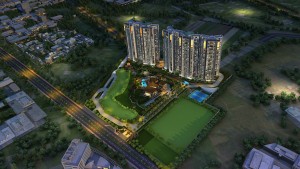 Under Ruia’s leadership, the company has launched some game-changing projects. There is Fountainhead in Pune—featuring 99 exclusive apartments and garden apartments—that aims to raise the bar of premium living in the city. Another prized project is Kessaku (meaning ‘a masterpiece’ in Japanese), which is an exclusive residential offering of five exemplary towers with top-of-the-line by-invitation-only apartments in Bengaluru.
With such an impressive roster of ventures under his belt, one wouldn’t be wrong to assume that the transition from finance to real estate was smooth and efortless for this Young Turk; or, at least, Ruia makes it look that way. “It’s been four years of gruelling work and a steep learning curve in a business that was new to me. Some things were easier than others, while certain others were extremely tough. But enjoying the journey was the most important part for me,” he says thoughtfully. And how did he learn the ropes? “Trial by fire!” he exclaims. “All my professional and personal experiences, right from the age of 18 to 28, played a big role each time I decided to start something new. I was already used to evaluating new businesses from different industries. Also, the principles, common sense and logic associated with the business remain the same. So, you take a leap of faith, ask a lot of questions and come to realise that people will respond to you if you put adequate time and effort into your job.” 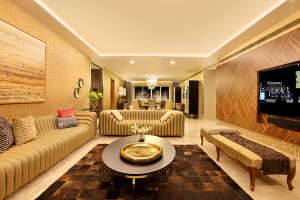 Success is in the journey
Clearly not one to be deterred by new challenges, it’s not surprising when Ruia claims that the ad hoc nature of his work is what he likes most about it. “While I strive very hard to keep everything extremely organised, let’s face it, something unexpected will always hit you—that’s the Indian way of doing business—and you can’t possibly prepare for everything. So the unpredictability of my job keeps everybody honest and makes things exciting,” he says. Also, one who is constantly striving to better himself, Ruia doesn’t shy away from imbibing important lessons from those around him, younger or older. “My biggest management lesson is that people come first and that it’s important to build a team that delivers and you can trust.” Those around him swear that he’s a boss who doesn’t believe in cutting corners, never compromises on quality, pays attention to the smallest details and always delivers what has been promised to the customer—in a bid to constantly set new industry benchmarks.

Ruia, a man of few words, prefers to let his work do the talking. With a wealth of experience and a repertoire of work that proves his merit, here is an entrepreneur who has clearly mastered the art of hitting the bullseye every single time. And safe to say, he will continue doing the same in the future as well.