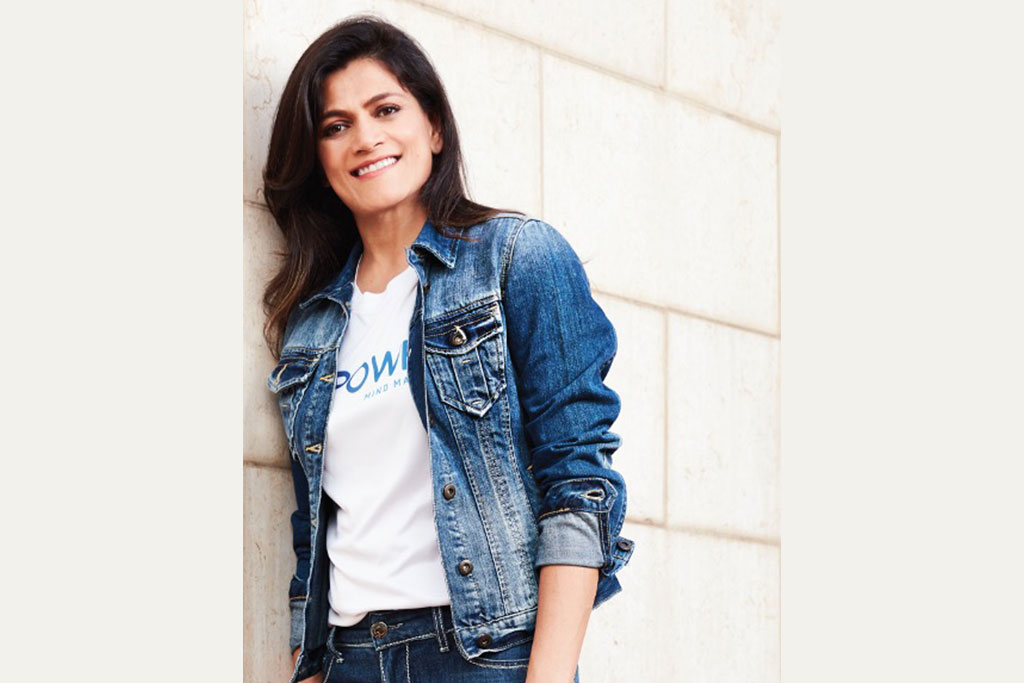 Given the press of modern life, little time or thought is given to issues related to mental health. Yet mental health issues run deeper than most of us realise and conditions like depression, anxiety, addiction, phobias, mental and psychiatric disorders and the like are rampant in our households, institutions and workplaces. One in six people in India is said to suffer from some mental disorder. This statistic should send alarm bells ringing, but, sadly, mental health remains a taboo in most Indian households, institutions and workplaces, resulting in either lack of timely treatment or total neglect. This leads to isolation of those affected and denying them the help and support they need, which could enable them to lead more meaningful and productive lives. To change this negative mindset is a challenging task, and few have the inclination or the grit and gumption needed to address them. Neerja Birla, the founder and chairperson of Mpower, however, is an exception.

To better understand Neerja Birla’s work, one needs to wake up to the reality that be it children or adults, not all are the same in terms of mental health, as many suffer from mental health issues like ‘attention deficit hyperactivity disorder’ (or ADHD, which is a learning-based disorder that stems from a medical condition), depression, anxiety-based disorders, addictions, substance abuse, difficulty in coping with adverse situations and challenges arising from traumatic experiences of the past, eating disorders like anorexia and bulimia, and so on. These conditions need to be identified and addressed early like any other illness is treated, rather than ignore them or remain tight-lipped about them, driven by shame and stigma, which could have serious, lifelong implications. And this is where Neerja Birla’s institution Mpower plays a crucial role.

“From my experiences in developing educational institutions and my interactions with parents, teachers and students, I had observed that there was a huge gap in the system when it came to meeting the emotional and mental wellness needs of young people.

Culturally, there is a lot of stigma and lack of awareness around mental health in India, which makes it hard for parents to address these needs. And that is how I felt the need for Mpower,” explains Birla.

With that, what began as a need, gradually turned into an ambition, then became a solemn vow and now is a popular, first-of-its-kind movement that aims to promote mental health and well-being holistically through various verticals, outreaches and clinical services. In this endeavour, however, Neerja Birla’s daughter Ananya too plays a role, as the co-founder and co-chairperson of Mpower. From the way she looks at issues and solutions to understanding the needs of young people, she brings a youth-centric perspective to Mpower’s mission and approach, we are told. Young people being one of Mpower’s largest target groups, Ananya’s perspective and ideas help implement more effective programmes and at touch points that really matter. She, for example, has been keen to introduce an Mpower phone line, a platform that is more accessible and more familiar to youngsters.

Neerja Birla painting a message on a wall outside Mumbai Central Station, at the ‘Art Express’ event

One of the biggest challenges faced by Mpower, however, remains creating awareness, which is crucial in stamping out the stigma associated with mental health. “We’re going up against centuries of prejudice and misinformation,” says Birla. To combat stigma and lack of awareness, Mpower adopts a community-based approach, which, she informs, is needed to inspire individuals to become champions of change and to be change-makers in their own small spheres of influence. To achieve these goals, Mpower creates various events to help bring communities together, so as to talk about, bond over and learn more about mental health. Some of these events include Ride to Mpower, a cycle ride that brings people together on a common fitness platform; Art Express, that uses the medium of art and creativity to bring art aficionados together; Mpower Fest, a music concert that brings famous stars and artistes from the country together to raise awareness around mental health; Speak Up with Mpower, a leadership forum organised to facilitate a ‘National Mental Health Movement’ for policy level discussions by government bodies, NGOs, large-scale associations and corporations; #BeTheChange, a mental health conference for the stakeholders of education (that sees hundreds of attendees from schools, colleges and CSR organisations); among others. Further, to create awareness about these events, through round-the-year digital campaigns, Mpower reaches out to millions of viewers, encouraging them to participate in these events and be a part of Mpower’s mission.

At the third edition of ‘Art Express’, for example, which was held in association with Chal Rang De—Chal Rang De is a non-profit organisation famously known for painting the walls and houses of Dharavi, in Mumbai, in 2018—Mpower had organised a two-day wall painting extravaganza, which saw the walls of Mumbai being transformed into pieces of art by young volunteers at the Mumbai Central Station, to spread a positive message about mental health. Likewise, the fifth edition of Ride to Mpower, also held in Mumbai, saw avid participation from cyclists from all walks of life, including social and mental health activists, corporate executives, fitness enthusiasts and collegegoers, to create awareness about mental health and to “#stampoutstigma”; while the latest edition of The Mpower Fest, held at Jio Gardens in Mumbai earlier this month, saw a host of Bollywood stars come together to pledge to be more aware about mental health and wipe out the stigma around it.

Neerja Birla, Founder and Chairperson, Aditya Birla Education Trust, delivering the keynote address on mental health, at the ‘Be the Change’ event in Mumbai

Coming to treatments of affected individuals and Mpower’s modus operandi, Birla says, “We work towards both preventive and curative measures— we offer clinical, psychological and psychiatric services through the Mpower Centre, Mpower Foundation and the Mpower Cells in Mumbai, Bengaluru, Pilani and Goa.” Services are also offered to tackle a wide spectrum of issues for various target audiences such as students, working professionals, employers, parents, caregivers, educators and others. Therapies include psychiatric consultation, behavioural and occupational therapies, speech therapy, remedial therapy and counselling of individuals, couples, family members, and others. For these, Mpower has a full-time, multi-disciplinary clinical team comprising 25+ professionals and specialists—this includes psychiatrists, psychotherapists, clinical psychologists and even social workers—who provide a wide range of services for children, adolescents and adults with mild to severe mental health issues.

Besides these curative measures, Mpower is also involved in outreach efforts, through which it collaborates with other organisations, offering its services to them, in the form of assistance programmes and workshops, to create awareness about mental health, share information about coping with them, respond to mental health concerns and eradicate the stigma around mental health. Among these are NGOs such as Asha Sadan Rescue Home, Seva Sadan and Vikas Vidyalaya (for the hearing impaired). Professional workshops and training are also provided to mental health professionals to build skills.

With all these and more, Mpower has grown over the years from a very small team to having a countrywide presence today through its various wings—Mpower Centre, Mpower Foundation, Mpower Cells and Mpower Movement—and outreach initiatives that extend across Delhi, Jaipur, Pilani, Dehradun, Indore, Lucknow, Raipur, Mumbai, Kolkata, Hyderabad, Pune, Goa, Bengaluru, Belgaum and Chennai. It functions through an efficient clinical team, an outreach team and a team that powers Mpower’s cells (or branches) in various locations.

Apart from Mpower, Birla, of course, is deeply involved with her educational institutions also. Asked about them, she says, “I serve as the chairperson of these institutions, and from bringing together teams who share our passion and vision to taking strategic decisions and more, I am with the team every step of the way.” The Aditya Birla World Academy (affiliated to Cambridge Assessment) counts among the top 10 international schools in the country, but with an Indian soul. It endeavours to ensure holistic development of students, while also striving to create a cohesive learning environment that focuses on the socioemotional development of each and every child, so as to ensure that he or she feels safe, supported and motivated. Driven by the knowledge that though children may have unlimited and diverse potentials, their learning needs may be different, The Aditya Birla Integrated School, offers a holistic curriculum, with individualised learning strategies to meet the specific learning needs of students, especially those having learning disabilities such as dyslexia, dysgraphia, dyscalculia and attention deficit hyperactivity disorder. Aditya Birla Education Academy is a premier institute in Asia which was founded with the vision of empowering educators, so as to further their professional development, through Ivy League Certificate Programmes.

As for her future plans for educational institutions, Birla says she looks to increasing focus on empowering teachers so as to enable them to mould and shape the minds of future generations more effectively. She also wants to expand Mpower’s operations across India so as to amplify its impact on mental health awareness and increase access to mental health care.

It’s hard to match Birla’s dedication to the cause of mental wellness which shows in the fact that Mpower has successfully completed 33,000+ clinical sessions till January 2020 and has conducted 784 workshops from May 2016 to January 2020. With achievements like that, she leaves little room for doubt about her capabilities when it comes to realising her future goals, be they short-term or long-term.