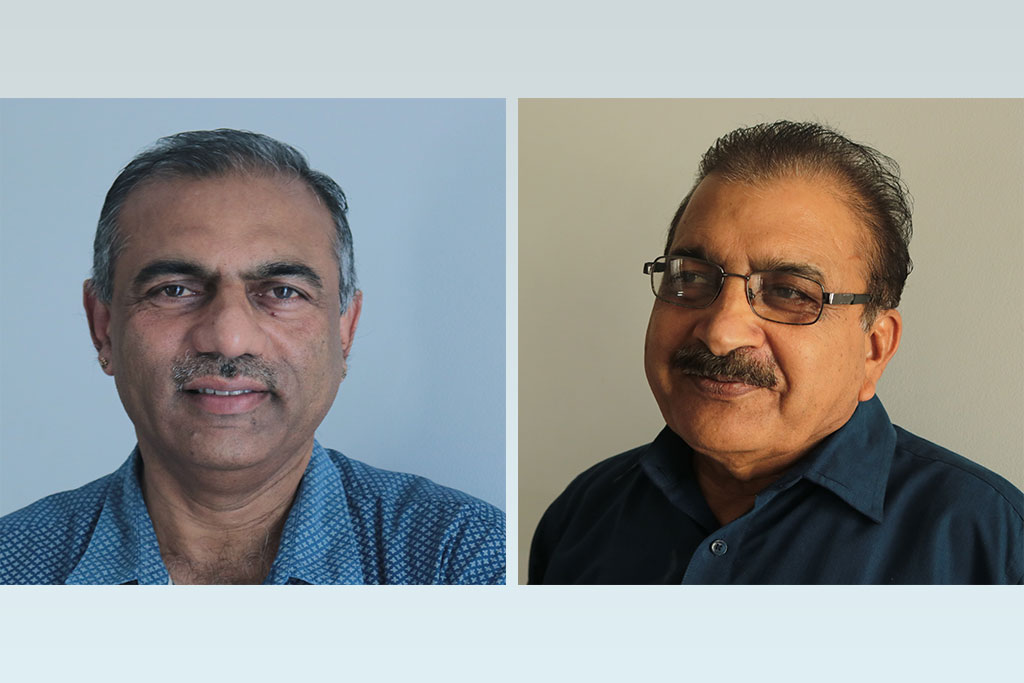 The mad rush of migrant workers trying to get back home with the outbreak of the ongoing Covid-19 pandemic couldn’t have better highlighted the numerous hardships faced by them in their struggle to earn a living in faraway cities. Udaipur-based non-profit, charitable trust, Aajeevika Bureau, commendably is one of those organisations that work to ensure that migration of these workers to the cities is safe and secure and that dignity of labour is honoured.

Aajeevika Bureau is headed by Rajiv Khandelwal as its co-founder and executive director, and its staff members remain deeply embedded in migrant communities across Rajasthan, Gujarat and Maharashtra. Khandelwal, who grew up in Delhi, has held leadership roles in several non-profit organisations, NGOs and the government in Rajasthan, but it was his degree in management from the Institute of Rural Management, Anand (IRMA) that triggered his work in the rural areas of Rajasthan, where he shifted base in 1985 and where he still lives.

It all began when at one point Khandelwal felt that his work in the villages wasn’t bringing about adequate transformation in peoples’ lives. “I began to notice that the whole youth demographic was absent from the scene and farming had largely become the forte of women and older people,” he says. This was because many had taken to wage labour, migrating to faraway cities in Gujarat, Maharashtra and so on. It led to the establishment of Aajeevika Bureau in 2004.

Aajeevika Bureau was intended at creating a model that highlighted the reality of labour migrations. In this endeavour, Khandelwal had the support of his old friend and colleague Krishnavatar Sharma, who joined hands with him as co-founder and now is Aajeevika’s programme director. Sharma is a lawyer by training and has been a social worker in Rajasthan for decades. 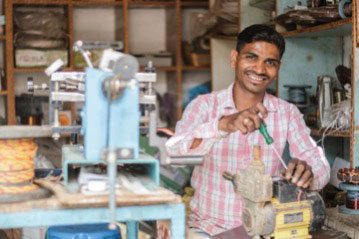 Guman Singh, a former trainee of Step Academy’s motor winding and automobile repair course, at his very own repair shop in Sabla, Rajasthan

A question of survival

During his travels to cities, Khandelwal had noticed the distressing circumstances under which migrant workers lived and worked— in return for paltry wages that barely enabled their homes and families to survive. These revelations became the basis of a programme that gradually transformed into the large organisation Aajeevika is today, serving the interests of migrant workers, for whom there is no choice but to migrate in order to survive.

“People have a right to migrate wherever they want to and also a right to employment. But it must happen in dignified conditions and on fair and equitable terms, which helps them and their families survive with dignity,” says Khandelwal, highlighting the vulnerability of migrant workers because of their dislocation from their homes, as a consequence of which, they often don’t enjoy the same rights and entitlement as local citizens. 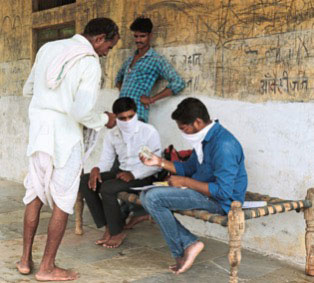 Aajeevika’s core team comprises dedicated people whose work involves implementing programmes, researching, critiquing and thinking about the broader issues surrounding labour and its contribution to the economy. The organisation functions through a network of ‘Shramik Sahayata evam Sandarbh Kendras’, which are walk-in centres located both in rural areas (at the block headquarters of Udaipur, Dungarpur and Banswara district of Rajasthan) and urban areas (Ahmedabad, Surat, Mumbai and other cities). These walk-in centres provide information, counselling and support to migrant workers. Currently, there are 14 such centres with small teams in them, which are supported by local organisations.

Aajeevika Bureau provides a range of other services besides, such as providing a fair opportunity to workers to reclaim their lost wages, enable them to assert their right to be paid on time, not be exploited at the workplace, strengthen their ability to bargain with their employers and contractors and seek compensation in the event of accident or untimely death. Aajeevika does all these by using the framework of law rather than the power of appeal or persuasion. As part of its legal aid work, it has a strong mediation programme that brings together contractors, employers and workers, providing them with a fair platform to discuss their disputes, grievances and settle wages. Over the last 10 years, the organisation has settled and brought back almost ₹28 crore to workers for whom this money would have otherwise been lost to disputes, unfair deductions and other situations beyond their control.

Aajeevika also runs a labour helpline (with a toll-free number – 1800 1800 999) in collaboration with the Government of Rajasthan, which receives hundreds of phone calls every day. Further, Aajeevika has a skilling programme anchored in a special institution known as the Step Academy, which provides skills to young people who are at the threshold of migration or have entered the labour market in low-end, hazardous jobs. It has also helped incubate a financial services organisation that provides small loans and financial literacy to migrant workers, as well as a socialised healthcare organisation that works in the area of basic healthcare services. Another area in which Aajeevika works is around social security, because most migrant workers are without any social security. As the Covid-19 related lockdown was announced, Aajeevika swung into action helping migrants get food and ensure safe passage to those returning to their villages. Given that many migrants had returned without any money at all, the organisation distributed food to over 8,000 families in rural areas. 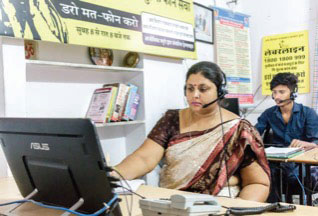 For his exceptional work, Rajiv Khandelwal has been honoured with the Ashoka Fellowship in 2005. Further, Aajeevika was honoured as India Social Entrepreneur of the Year by the Schwab Foundation in 2010. Recently, the organisation was also featured in Sony TV’s iconic show ‘Kaun Banega Crorepati’. Overall, Khandelwal says, Aajeevika’s journey has been satisfying so far. Their work has not just found validation, but also has begun to echo in all quarters. There are future plans and lots more to be done, however— both in rural and urban areas—but Khandelwal and his team are prepared for it.