Home People Marwar & I Gem of A Story 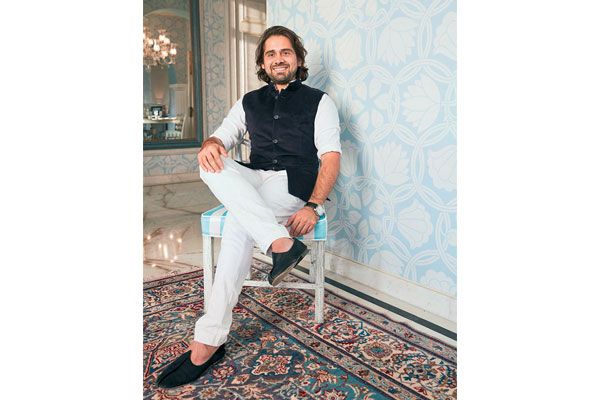 The ‘Kasliwal’ surname is synonymous with jewellery, style, family legacy and tradition in the Marwar region. For nine generations, spanning 200 years, my family has been handcrafting jewellery that challenges convention. Where could one expect to find a jewel-encrusted, life-sized parakeet, or a diamond and pearl bridal headdress that touches the floor, but at the Gem Palace, where the old mixes with the new to offer internationally acclaimed collections! This is attributable to our strong sense of being rooted to the ground, whilst aiming for the sky. More importantly, however, this is because we are Marwaris. Being Marwari is more than ethnicity to us: it is the reason of the stature that our family enjoys and is the very basis of our being.

My family hails from Shekhawati, a semi-arid region located in the north-eastern part of Rajasthan. Shekhawati consists of the Jhunjhunu, Sikar, Churu and Jaipur districts, which despite their aridness are known for their colourful past. History has it that from the 17th to 19th centuries, Marwari merchants constructed grand havelis across the region. Among them were the Birlas, Singhanias and other influential business families so it is a matter of great pride and honour to be associated with the region. Marwaris have a strong sense of belonging and loyalty to their roots. During the late 1700s and 1800s, many Marwari families started travelling to Kolkata for greener pastures—which explains the large Marwari community in Kolkata today— but my family did not move out: we chose to remain in Jaipur, which has been home for us for 200 years; and that is a feat in itself. 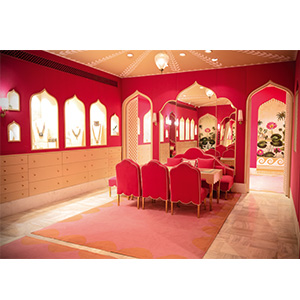 The Kasliwals were preferred jewellers to the Mughal royalty. After decades of creating exceptional jewellery for them, the Kasliwal name became synonymous with innovative design and flawless craftsmanship. Our mastery of traditional Indian techniques like kundan setting and meenakari enamelling elevated the Kasliwal reputation amongst the elite. It’s no surprise then that when Maharaja Jai Singh II began construction work on Jaipur, his new city, in 1725, which was to be a centre of fine arts and culture, we Kasliwals were invited to work within the palace walls as royal jewellers. Later, my father, the late Munnu Kasliwal, put Indian jewellery on the global map with exhibitions at The Metropolitan Museum of Art in New York in 2001, 2004 and 2007, the Moscow Kremlin Museum in 2014 and at Somerset House in London in 2006, to name a few. But no matter how far and wide he travelled, Jaipur remained his base and Rajasthan always was home. 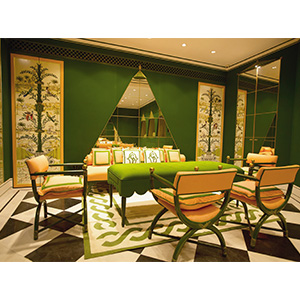 The Kasliwals, and Marwaris in general, are known for their hospitality. My forefathers and my father strongly believed in the saying ‘Atithi Devo Bhava’ which literally translates to ‘Guests are like God’. My father had clients who would visit Jaipur for a few days to see our jewellery and then would end up staying for a month, because of his hospitality. He liked to make each piece of jewellery at his own pace, allowing his guests to be a part of the entire process—carving, cutting and finishing—so as to infuse a sense of attachment and belonging to the heirloom that they were soon about to own. Food was a major draw in this aspect. Even though we have been and continue to be strictly vegetarian, people from all over the world would be treated to the best of Marwari vegetarian dishes at our home, which sometimes made them not want to return home! I too have inherited and upheld this trait of hospitality. When guests come to Jaipur, I ensure they are taken care of, that there is a retinue of attendees to tend to them and make them feel like royalty, and all this is done with a smile—in the Gem Palace way. Nothing makes me happier than making my guests, friends and well-wishers feel at home, because that is what my father did too. 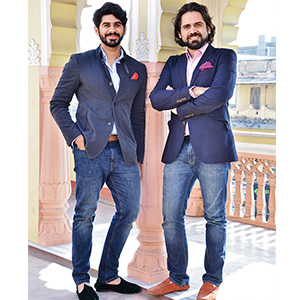 There is a saying that you become a businessman as soon as you are born into a Marwari family. This is because Marwaris and business go hand in hand. Fortunately, the Kasliwal family has always had a strong business ethic which has been passed down from generation to generation. Whilst our eyes remain fixed on the future, we never forget our core principles and the trade secrets that have been taught to us by our forefathers. Though my father opened a stand-alone studio in New York City, USA decades ago and was the first and only Indian jeweller to do so at the time, he never neglected his Jaipur store and managed both the businesses simultaneously. Expanding the business was important to him, but without neglecting his roots, and this is what allowed us to expand and grow in the first place. The most important business lesson that I have been taught is ‘optimal utilisation of resources’ which was drummed into our heads by our grandfather. His everyday lesson to us was, ‘No matter how much money one has, one must live in a modest manner—one must not splurge unnecessarily, not overspend and continuously save for the future.’

My ancestors lay great store by charity also. “The more you give, the more you get,” they would always say. I was made to understand that whatever they earned, it was all because of their philanthropy. From providing employment opportunities to village folk to building temples and schools and reviving arts and culture, they did everything in their power to help and build the community in and around Rajasthan. I try and follow this tradition of philanthropy by ensuring that every child of our karigars gets the education he or she deserves—because education is key to empowerment. My mother, brother and I also offer langars (communal meals) every month, which is a small way of helping those in need. I believe that charity not only makes one grateful for all that God has blessed one with, but it also brings with it the blessings of the people. And nothing is purer than the blessings of the less fortunate.

Education is also something that is very important to the modern-day Marwari. My father ensured that I was educated at Mayo College in Ajmer, Rajasthan, which is one of the best boarding schools for boys and is famed for its stellar alumni till date. Post this, my father sent me to study and train in gemstones and diamonds to Hong Kong and the Gemological Institute of America. Even though father passed away in 2012, when he was just 54, I ensured that my younger brother got the best education possible. He has graduated from the prestigious University of St Andrews, Scotland which boasts alumni like Prince William and Kate Middleton, to name a few. Today, unlike earlier times, Marwari children are studying in schools and colleges like Harvard Business School, Columbia University, Stanford University and New York University, and this is helping the community in a major way. The emphasis on education ensures that succeeding generations are knowledgeable and worldly aware. I have noticed that modern generations are now bringing global knowledge to the table and using the same in furthering their family businesses, which in turn is helping the entire Marwari community.

I am an avid golfer, traveller and photographer. I indulge in these pastimes in the little free time that I get. However, no matter how far I go or how exotic that place is where I travel to, vegetarianism is one principle that keeps me tied to my roots. Vegetarianism has been inculcated in me by my mother, and I have always remained true to it. Coming from a Jain Marwari household, we never serve non-vegetarian food to our guests or in our house, even though Jaipur is renowned for its meat delicacies. Further, animal protection is a cause close to my heart, as I have been taught from childhood to respect all animals. Also, in my family, we believe that when an animal is killed, the suffering causes the animal to dissipate a negative energy, which is not at all healthy; by consuming such food, you take in this negative energy. Also, I feel, being vegetarian is a way of respecting the world and what it offers.

I have travelled the world over, but having been born and brought up in Rajasthan, home for me is and will always be Jaipur.

Coming to Gem Palace, our works are a reflection of Rajasthan, be it delicate and intricate meenakari work or any other creation that emerges from our Jaipur atelier. Being Marwari is a matter of pride for Gem Palace, and nothing spells this out better than my father Munnu Kasliwal’s creations. Every international collection that he displayed was about the glory of Rajasthan and its fine crafts. Though his collections for The Metropolitan Museum of Art in New York were based around a variety of themes such as Greek, Roman, Egyptian, etc, they shared the commonality of being crafted in Rajasthan, highlighting the skills and fine workmanship that the region takes pride in. In 2001, he was invited to design a special collection exclusively for The Metropolitan Museum of Art called ‘Treasury of the World: Jeweled Arts of India in the Age of the Mughals’. Following this, on invitation by the acclaimed Somerset House, London, he had the honour of being the first Indian to put up an exhibition in 2006. Titled ‘Treasures from the Gem Palace’, it showcased approximately 250 pieces of jewellery that underscored the exquisite craftsmanship of the Kasliwal family. The collection included traditional and modern treasures from Jaipur, pieces borrowed from Gem Palace’s clients and masterpieces from the personal collection of the Kasliwal family.

Gem Palace was also selected by Washington’s Kennedy Center to exhibit in a month-long festival called ‘Maximum India’ that celebrated the best of art and culture from India. The show, entitled ‘Treasures of The Gem Palace’, featured a curated mix of antique jewellery and contemporary pieces. One of my father’s most impressive creations—a diamond and pearl wedding set—completely enveloped the display mannequin, creating a buzz in the United States. This is when we opened our private studio and showroom in New York City in 2005. My father has been a great inspiration to me. Everything he was, was either because of his roots or because of his adherence to his roots, and I wish to take forward his legacy in the decades to come.