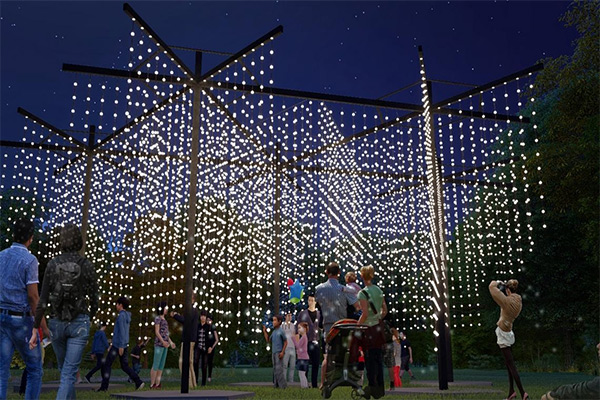 Vivid Sydney 2019 is all set to dazzle in Sydney, Australia this year! The festival will transform the entire city into a paradise of lights from May 24 to June 15. At this festival, there will be a plethora of options for your entire family to choose from that will keep them engaged and help them spend quality time with each other.
This year, there will be nine different precincts with illuminations and projections that’ll light up Sydney and let you discover the magic that is created when art meets technology. There will also be some fun, hands-on idea sessions to inspire young, inquisitive minds. 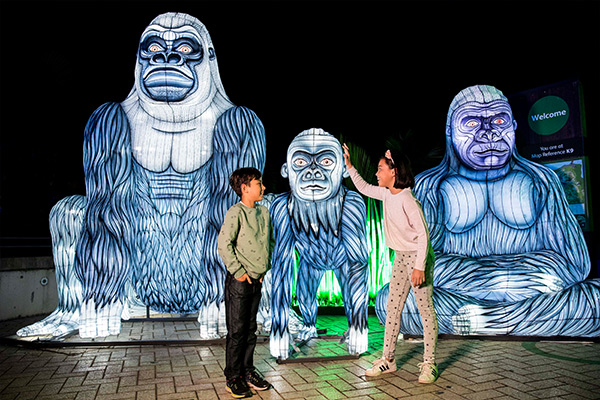 For the ultimate family adventure, Vivid Sydney will offer a variety of activities. For instance, you can indulge in an illuminated trail called ‘Lights for the Wild’ at the Taronga Zoo. The trail will wind through multimedia light sculptures—from the magnificent Sumatran tiger and her new cubs to a swarm of tiny buzzing bees and the larger-than-life gorilla family. 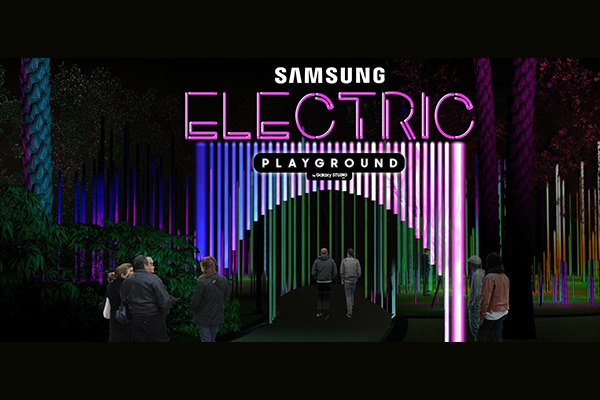 If you are a tech buff, the ‘Samsung Electric Playground’ at First Fleet Park is a must-visit. This tech-filled wonderland is inspired by the best features of the new Samsung Galaxy S10. There will be many fun, playground-like activities on offer here, including taking-over light patterns. Also not to be missed is Sydney’s Argyle Cut in The Rocks. This heritage-listed tunnel located at Argyle Street will be all lit-up with creative light projection featuring behind-the-scenes artwork and animation of popular characters from Pixar films.
Your visit to Vivid Sydney 2019 will also help you discover a new type of playground: ‘Tumbalong Lights’, at Darling Harbour. This will be an inclusive and interactive ‘playSPACE’ with six space-themed installations. These installations have been designed to create the sensation of giving people (of all ages and abilities) a trip to outer space.

There is also ‘Let it Snow’, a fully immersive installation at Circular Quay that will replicate the sensation of walking under giant snowflakes. Drop in for a visit to ‘Beetopia’ at the Royal Botanic Gardens. It is a touch-sensitive, giant glowing bee hotel which emits the smell of honey. Also, don’t forget to explore the interactive satellite dish—overgrown with alien plant matter and reacting to the sounds of space—that is on display as part of Vivid Sydney 2019. 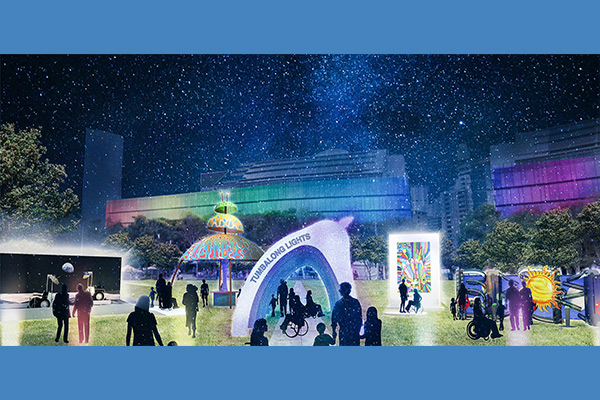 At Exchange Place at Barangaroo, a glowing six-metre-tall puppet, Marri Dyin (Great Woman), will be the highlight. The installation at the venue also offers the perfect opportunity to enjoy a mix of light, sound and puppetry in a performance that is reflective of land and water. Create sounds that extol positivity and hope as you can play the giant ‘Cascading Harp’ at Chatswood Interchange. The harp is designed to look like a rope curtain adorned with clusters of traditional bells, LED lights and music that chime in time to the movement of the ropes.

For Vivid Sydney 2019, DJ Kate Monroe has created Kiddo Disco at Home the Venue, so be sure to bring your kids along! Relax in a safe, kid-friendly environment while your little ones participate in disco dancing lessons and play games to positive, kid-focused tunes. Another big highlight of the festival is ‘Volaré’ at Luna Park. Volaré is a new ride which claims to be the largest and highest wave swinger in Australia. Strap in and enjoy the ride as it mimics the sensation of flying above the lights of Vivid Sydney 2019!

Sydney Harbour is a true icon of Sydney and certainly a beauty, and here’s the chance to witness it in an entirely different avatar! During Vivid Sydney 2019, Customs House will be transformed into a wonderland with ‘Under the Harbour’. It is a deep-dive encounter under the water that will draw you into a world of neon sea creatures.
So what are you waiting for? Embark on a journey with your loved ones to Sydney, Australia and explore Vivid Sydney 2019 in all its dazzling glory!