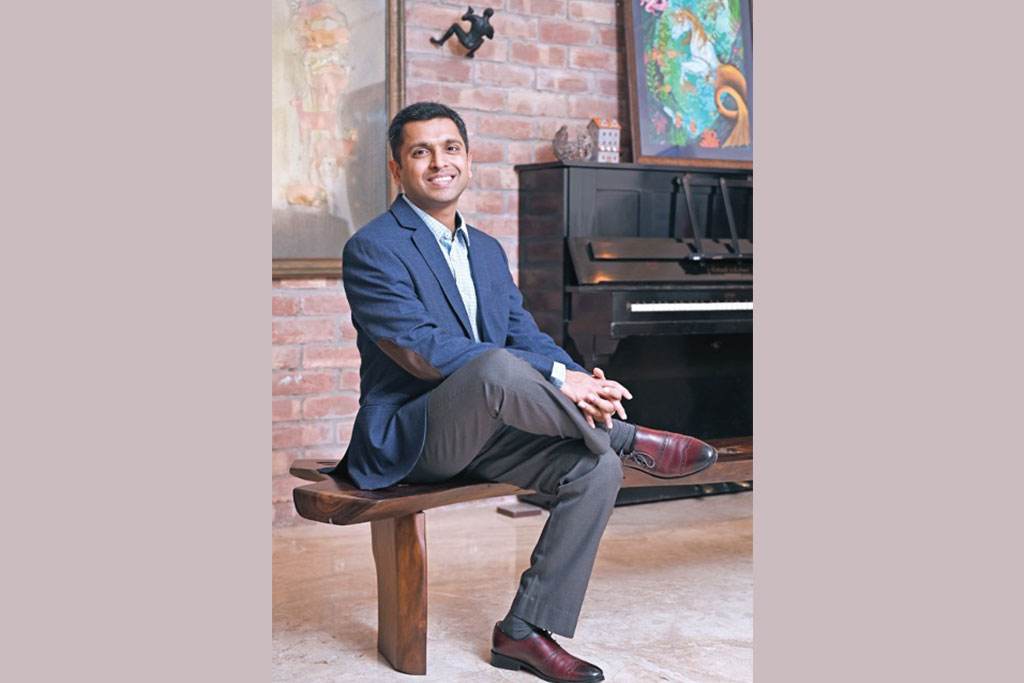 Like most of his brethren, Gaurav Jalan’s Marwari genes too have instilled in him the ability to take risks, be opportunistic and optimistic. Originally from Nawalgarh in Rajasthan, speaking about his family background, he says, “My father continues our family business, which is a distributor and solutions provider for various types of electronics and consumer goods. Growing up in a business family, entrepreneurship was always second nature to me. Even though I spent about a decade working for other companies I always knew I eventually wanted to start my own business.” True enough, Jalan, now 42, is the founder and CEO of mPokket, an app that offers small-ticket, short duration loans to college students above 18 years of age across the country.

The prelude to mPokket

Although Jalan was an undergraduate student of liberal arts, he went on to graduate with a degree in Economics and Computer Science from Amherst College, in Amherst, Massachusetts, USA. Subsequently he worked with Bain & Co, one of the top management consulting firms in the world, at their New York office for about three years, then acquired an MBA from Columbia Business School in New York and was homeward-bound. In India, he joined the Mumbai office of Fidelity Investments, working as an analyst in the company’s investment team. After spending about five years at Fidelity, he started a wealth management business, which he ran for a few years, and then in 2016, started mPokket.

But what inspired Jalan to start mPokket? In reply, he explains that as an entrepreneur, he had always contemplated starting a new business with potential. By 2015, he had understood that the reducing costs of both smartphones and data usage was leading to exponential growth of smartphone penetration and the trend was likely to continue. Thus, he began exploring as to which business models could be built to benefit from these developments. He says, “Given my background in finance and analytics, I narrowed down on the lending business, which had hitherto been largely dominated by banks and traditional NBFCs [Non-Banking Financial Companies], serving only a small segment of the Indian population.”

His decision on what type of loan product to offer was influenced by his experience as a college student in the USA. As an international student at Amherst College, he had been able to acquire a credit card which had helped him greatly in managing his cash flows. Jalan adds, “This option was not and still is not available to college students in India. If they need some extra cash temporarily, whether to buy a book or a train ticket to go home, or pay their exam fees, there was no formal option to borrow money. They would have to either borrow money from their friends, or ask their parents for more money, either of which would not always be a preferred option.” Consequently, he started mPokket to lend small amounts of money to college students for short periods of time so that they could tide over temporary shortage of cash. 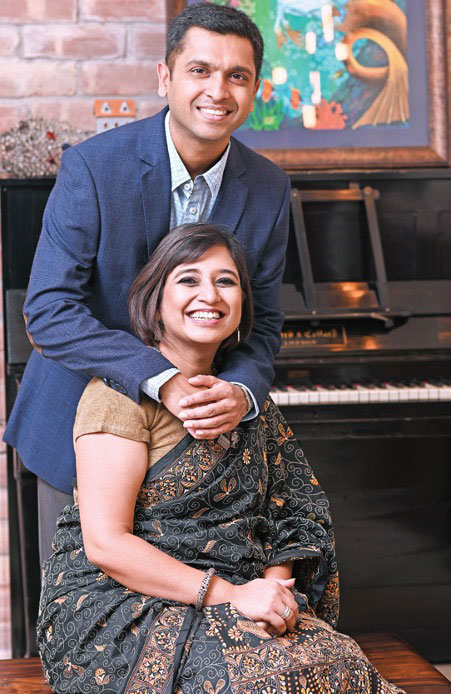 Gaurav Jalan with his wife

mPokket was launched in 2016 and slowly it began witnessing some user traction. Reminiscing about the early days of his business, he says, “There were a host of infrastructure issues in the initial phase. Our broadband internet connection did not have enough bandwidth to serve the two dozen or so rented desktops we now had in our cramped space. So, we used Jio Wi-Fi devices to make up. We rented tables and plastic chairs from a wedding decorator to keep expenses low and bought phones costing less than ₹1,000 to communicate with our users. As the app got more traction, we needed to hire more people.” Initially interns had been brought on board to cope with the increasing workload, but now Jalan began hiring fresh college graduates as full-time employees. He says, “In the humid Kolkata summer, and amidst the need to keep windows closed to keep mosquitoes out, it used to get pretty cramped and sweaty with about 40 people sharing a 600 square feet apartment with no air conditioning. But the sheer excitement of what we were doing kept us going.” Jalan’s perseverance ultimately paid off when mPokket reached the break-even point in the third year of operations.

The future is bright

Today, at mPokket, the average ticket size of the loans disbursed is a little over ₹1,000. Rated a high 4.5 stars, the mPokket app can be easily downloaded from the Google Play Store by college students. There is a one-time registration process, where students need to provide some details about themselves and upload photos of their KYC documents and student ID card, after which they are eligible to start borrowing money from mPokket. They can choose the amount and repayment tenure and the money is disbursed instantly into their bank account or digital wallet. If they provide the necessary registration information promptly, the entire process from downloading the app to disbursal of the first loan can be completed in a mere half an hour!

Presently, mPokket has over one million approved users from more than 5,000 colleges and 12,000 pin codes across India. Their annual run rate of loan disbursals is more than ₹1,000 crore. Jalan says, “Since we are a digital platform we do not have branches to service customers. Our headquarters are in Kolkata, and our technology operations are based in Bengaluru. We currently have on board around 600 employees.”

Jalan is of the view that even though there are other companies offering loans to college students, mPokket is the leader in this category. Explaining mPokket’s USP, he says, “We are different from our competitors in how we approach the market and in terms of our product design. Our competitors tend to operate in a limited number of colleges and have an offline component to onboarding customers. They also tend to provide much larger ticket loans—up to ₹60,000.”

mPokket is striving zealously to become a preferred provider of financial services in the future, specifically credit, to those segments of the population that currently do not enjoy easy access to credit facilities. This includes students, young salaried professionals and microentrepreneurs. With a view to achieving this goal, Jalan says his focus over the next few years will be to increase penetration in the college student segment and also introduce loan products for young salaried professionals and micro-entrepreneurs.