Ranthambore National Park is one of India’s most popular parks to spot the tiger. Working tirelessly behind the scenes is a non-governmental organisation, The Ranthambhore Foundation, whose meticulous efforts aid in the conservation of the big cat, while improving the living conditions of villagers in the neighbouring areas.

AT THE INTERSECTION OF THE ARAVALLI RANGE AND THE Vindhya Range, a stretch of land spanning 400 sq km welcomes tourists from across the world to witness wildlife in all its natural glory. Ranthambore National Park, in the Sawai Madhopur district of Rajasthan, is one of India’s first tiger reserves. Though conservation efforts began in 1955, when the park was declared as the ‘Sawai Madhopur Game Sanctuary’ by the Indian government, a ban on animal poaching and hunting only came into effect after it gained protection under Project Tiger in 1973. The national park has been immensely popular among visitors and wildlife enthusiasts for its tiger population ever since. It is reportedly the third most densely populated tiger reserve in India, after the Jim Corbett National Park in Uttarakhand and Kaziranga National Park in Assam.

The rising tiger numbers in the limited forest area has increased the man-animal conflict in the park. “Management of tigers is no cakewalk. Supervisors need proper and elaborate training. People need to be trained to protect the species, help in habitat management and monitor the tigers, and most importantly, keep an estimation of tigers in the reserve. Unfortunately, unorganised tourism has been creating pressure on nearby villages in the Sawai Madhopur district,” says P K Sen, a forester of the 1969 batch of Indian Forests Service.

At the start
In order to develop the neighbouring areas and aid the locals, the Ranthambhore Foundation was established as a registered non-governmental organisation in 1987. At the time, the biggest challenge for the founding members was preventing poaching inside the national park and convincing uncooperative villagers to aid in the protection of the big cat. Further obstacles came about by way of restrictions inside the park because of the Wildlife Protection Act 1972.

Sen took over charge as Executive Director of the foundation in 2007. “Even prior to joining the foundation, I was well-acquainted with the activities of the organisation. It was felt that people living in the periphery of the park had to bear a heavy cost for conservation—no grazing, no firewood collection, no minor forest produce collection, etc,” he says.

From the time when minimal infrastructural facilities were given to tiger reserves in the country (only 18 existed in 1987) to initiating activities such as providing toilet facilities to schools, offering irrigation in the relocated village of Girirajpura, supporting communication with vehicles, boats, radio sets, etc, the foundation has come a long way.

“There was liberal donation coming to the foundation from various sources. This society was one-of-its-kind in the country and was working towards the conservation of tigers in the wild. But since it was repeatedly suggested that non-government organisations should not be allowed to work inside the national park boundary (in accordance to the Wildlife Protection Act 1972), the foundation agreed to carry on its activities in the vicinity of the park, while keeping the Ranthambore Tiger Reserve as a model for the whole country,” adds Sen.

However, Sen says both the Government of India and the state lack immensely in some crucial areas of forest conservation and protection. There aren’t enough young frontline staff and infrastructural facilities need improvement. Political and administrative support for the tiger and its habitat has also been an issue for years. Moreover, dedicated lawyers and courts to pursue legal matters are lacking.

Plan of action
Despite the lack of funds and active cooperation from external bodies, the Ranthambhore Foundation has been involved in several conservation activities. Their initiative—Seed Collection from (selected) Plus Trees, Tree Nursery and Afforestation Programme—was implemented way back in 1989, and has been bearing fruit, literally, ever since. “We maintain a mother nursery with over a lakh saplings to supply seedlings to the villages,” says Sen, adding that the purpose is to reduce collection of fuel and fodder from the adjoining forests and reduce grazing pressures.
Across Sawai Madhopur, members of the foundation have also trained locals in indigenous arts and crafts. Over the past decade, Sen says the organisation has also hosted monthly lectures and films for residents around the park. “It is a form of informal nature education. But we make an effort to regularly conduct awareness programmes for schoolchildren in the area. The focus is mainly on creating awareness about the importance of environment, forest and wildlife, and their interrelation with the survival of the human race,” he explains.

Training ground
It took decades of active involvement and hard work for the foundation to finally start achieving its goals—protection of tigers and upliftment of the neighbouring areas. Today, Sen has no second thoughts in proclaiming that all the painstaking efforts of his team members have only cemented the national park’s status as a jewel in the crown among tiger reserves.

In the next decade, Sen envisions taking new steps for the betterment of the surroundings so that the villagers are self-sustained and do not exert pressure on the national park. He says, “Presently, the foundation is organising two major nature camps comprising 12 local schools. We hope to eventually reach 30 schools. We feel that inculcating awareness via painting, elocution and essay writing is essential for kids at a formative age.” The foundation proposes organising two such annual competitions for school and college students. “Most importantly, we plan to organise at least five rallies with local school students on the occasions of World Environment Day, World Forestry Day and Wildlife Week to promote awareness about wildlife and its conservation,” says Sen. 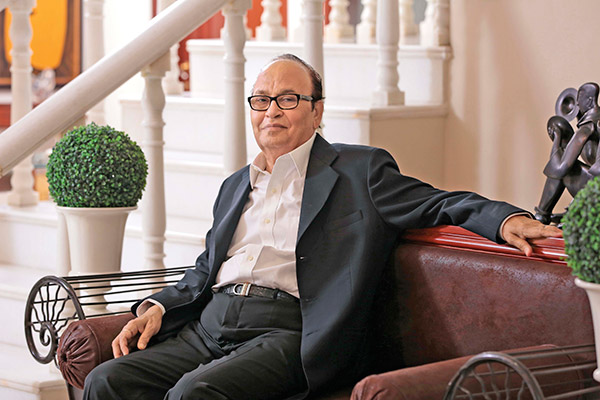 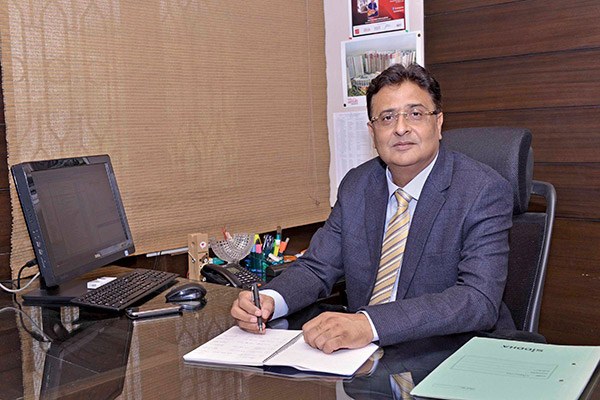