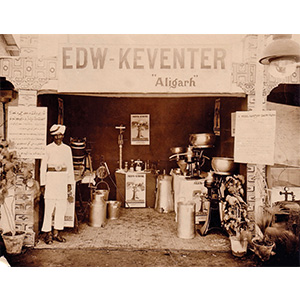 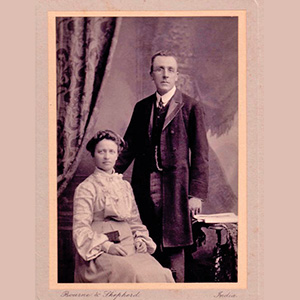 There are some brands that come with a mix of nostalgia, old-world charm and stamp of reliability stemming from a reputation built over centuries. Keventer’s is one such brand. Founded by Edward Keventer, a Swedish dairy technologist, in Darjeeling, West Bengal, in 1886, the brand has not just survived the tumultuous years of Independence but also changes of ownership, competition and the vagaries of time to retain its timeless appeal.

But there have been moments of existential crisis. As the biggest milk supplier in the country, Edward Keventer’s operations spread from Lahore to Rangoon. With Independence, the business changed hands, when it was sold off in two parts. “One part of the business, which was Delhi, got sold off to Ramkrishna Dalmia, and the second part of the business got sold off to the Rana of Nepal— the entire East India business that is,” says Mayank Jalan, the chairman and managing director of Kolkata-based Keventer Agro Limited, which now owns this East India business. 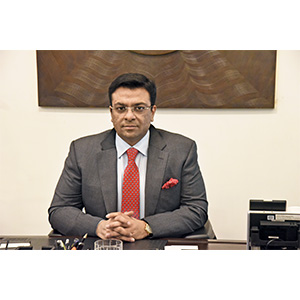 Under the Rana, the business did not do well, however, and went into liquidation and was bought over by Mayank’s father Mahendra Kumar Jalan—a prosperous steel trader then—from the official liquidator of the High Court in 1985.As of today, the business has bounced back after being nurtured by Mayank Jalan, but at the time of purchase, it was in a rather dismal shape. “When I took over Keventer, the company had a revenue of `14 crore and a loss of `5 crore,” says Mayank, under whom the business has grown phenomenally, in turn contributing to Keventer Agro’s growth into one of the fastest growing food, beverage and dairy product companies in Eastern India, since its inception in 1986. 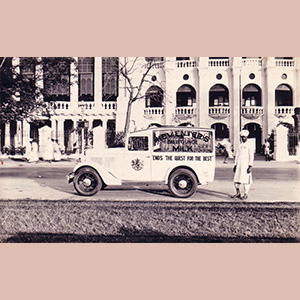 Mahendra Kumar Jalan started his career in 1977 as an agent of Mukund Steel in Calcutta (now Kolkata). Having acquired wealth and prosperity over the years, he was looking to diversify which resulted in the acquisition of the Keventer business. As a next step, his son Mayank Jalan was summoned back from England where he had gone to pursue higher studies. Mayank returned accordingly in 2003—after acquiring his degrees in mechanical engineering and business and finance from the University College London and the London School of Economics respectively—and joined the family business in 2004.

Once entrenched into the business, it was an uphill task for the newbie, especially after being mandated with the task of turning around the loss-making Keventer business. “My father threw me in at the deep end saying that Keventer’s was my company and future now and that if I could turn it around, it would belong to me, otherwise I could do whatever I wanted in life.” 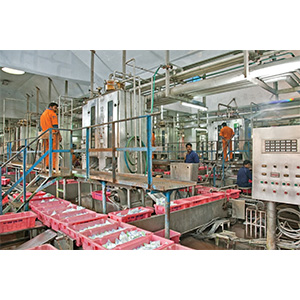 Though the odds were against him, Mayank rose to the challenge, exhibiting grit and resolve. “At that time I was fighting with limited resources,” he says. “We didn’t have funds, we didn’t have sales, we didn’t have people, we didn’t have a management… but, it was a satisfactory experience, because I learnt how to create a company from scratch.”

Soon after the acquisition of Keventer, an opportunity to become a franchisee of Parle Agro for their brand Frooti presented itself to the Jalans in 1987, enabling Keventer Agro to foray into the beverage business as well. “Parle Agro was looking at launching Frooti, so at the insistence of Prakash Chauhan, my father agreed to become his licensed holder for Eastern India,” says Mayank Jalan. “The first 10 years actually got focussed completely into launching, distributing and marketing Frooti.”

Establishing the business, of course, was easier said than done, considering the efforts that had to be put in by Mayank, who would get up early in the morning, visit the factory and then go from shop to shop selling Frooti. In retrospect, he, however, feels thankful for the challenging experience, especially the first three years which he says was the most difficult period of his life. But they also were “absolutely amazing” in that they taught him many of the lessons that have helped him in life, in view of the many ups and downs and failures and successes they brought. 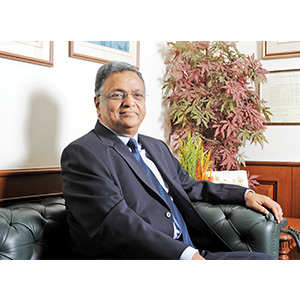 Once Frooti stabilised in the market, it was time to take the dairy business to the next level. Towards this, in 1996, Keventer Agro became one of the three partners of India’s first joint sector dairy project, Metro Dairy, which was funded by the World Bank under the Operation Flood Phase III Programme. As of today, Keventer Agro has attained 100 per cent ownership of Metro Dairy Limited (by winning the bid of buying the shares from the Government of West Bengal) and this has been a major growth driver for the company given that the dairy business currently accounts for almost 50 per cent of the company’s overall turnover of `1,000 crore. Mayank now plans to take the 127-year Keventer legacy to new heights by expanding its distribution network to neighbouring states so as to make Metro Dairy products available in 25,000 retail points. 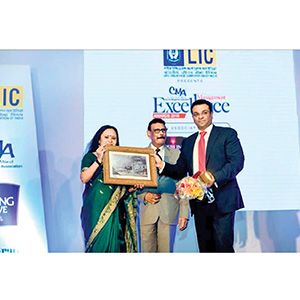 Somewhere along the way, the Jalans also got into a co-packing arrangement with ITC Limited which involved manufacturing and packaging noodles and handing over the goods. The Parle Agro franchise meanwhile saw addition of other Parle brands—Appy Fizz and Baileys—and as of now, Keventer Agro is a licensed holder for the Frooti, Appy Fizz and Baileys brands and is one of the largest franchisees of the company. “We do everything, right from sourcing the mangoes to manufacturing, marketing and distribution,” says Mayank Jalan, explaining the arrangement with Parle Agro. “We, of course, pay a royalty for using their brands, but other than that, all revenues and profits and losses, if any, are to the Keventer account.” Keventer Agro’s franchisee business has seen substantial growth over the years and currently generates about `300-330 crore in revenues. 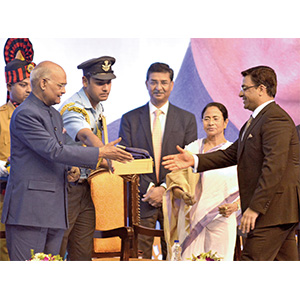 Driven by the success of the dairy and franchisee verticals, the company next diversified into frozen foods, hospitality (restaurants/quick service restaurants) and bananas, with success greeting these ventures too. The hospitality business was started in 2009, in partnership with Gaurav Agarwal, a long-time acquaintance of Mayank and a dynamic young entrepreneur who had obtained the franchise of brands Coffee World and Cream & Fudge Factory. Though the business is driven by Agarwal, with Mayank’s role merely being that of an investor, he is happy, considering that the business has grown appreciably over the years.

The frozen foods business, however, is still at an incubation stage. Its offerings include processed foods such as parathas, green peas, sweet corn, etc. The market for these products has not picked up yet, but as and when it does—as it should at some point, given the changing Indian urban lifestyle—the company hopes to have a first mover advantage. 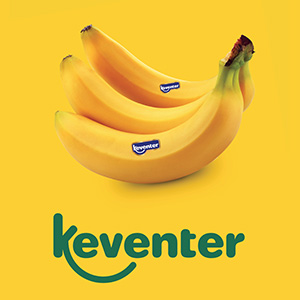 The banana business, which was inspired during one of Mayank’s trips to the Philippines—there is a small island in Philippines called Davao which grows bananas of a distinctly superior quality—has picked up and has been growing at a CAGR of 62 per cent ever since Mayank and his team decided to radically change their marketing strategy in 2014 by distributing fresh bananas directly to the city’s fruit retailers, as opposed to the earlier practice of marketing them through mega retail chains. “I never could have imagined the success this was to bring. From absolutely zero in 2014, today we are selling 110 tonnes of bananas on average daily!” exclaims Mayank.

Coming to Keventer Agro’s markets for its products, apart from retailing to at least 250 million consumers all over Eastern India—this includes Chhattisgarh, Bihar, Jharkhand, Odisha, Bengal and Northeast India and even Bhutan—the company has also ventured into exports, where it ships approximately 3,000 containers of mango pulp, sesame seeds, cardamom, fenugreek, organic sesame seeds and confectionery to over 38 countries across the globe. 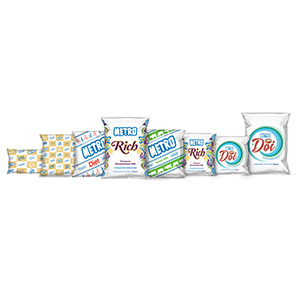 To facilitate all these businesses, especially on the sourcing and processing side, Keventer Agro has created a sound infrastructure of five self-owned facilities and a state-of-the-art R & D centre and an analysis lab as well. The biggest of these five facilities is at Barasat in suburban Kolkata, which measures 120 acres. Further, the company has demo farms and a farmer education centre where about 5,000 farmers, who are associated with the company, are invited to learn about latest technologies such as drip irrigation, hardening of tissue culture plants, modern bagging technologies and also crop care and after-harvest care methods. 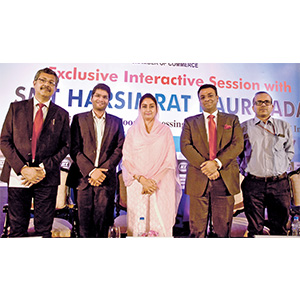 So how did Mayank manage to achieve so much in so short a time. In reply, he says, “I did it by making 10,000 mistakes which hopefully others should not make. Business does not come with a manual which you can read and do accordingly to achieve success. Every day is about learning—learning from your mistakes—every day is about facing challenges, and every day is about giving your 100 per cent to make sure that you deliver the best that you are capable of.” Having said as much, he makes it a point to credit his team for Keventer Agro’s successes. “It’s not me who has done anything; it’s actually them, who have put their sweat and blood into making the company what it is,” he adds. 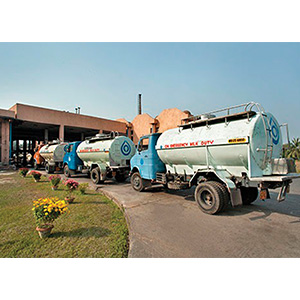 As for future plans, Mayank looks to increase Keventer Agro’s overall revenue from the current `1,000 crore to `1,600 crore over the next three years. He also intends to double the dairy business, especially after the business raised external funding last year. To make all this happen, he, of course, has the support of his team, not to forget his interior designer wife, Parwana, who Mayank says gets burdened with whatever help he needs from her on a daily basis at Keventer. The couple has a three-year-old son, Mehranveer, and engaging with him in play and spending quality time together as a family is what constitutes the trio’s favourite pastime.