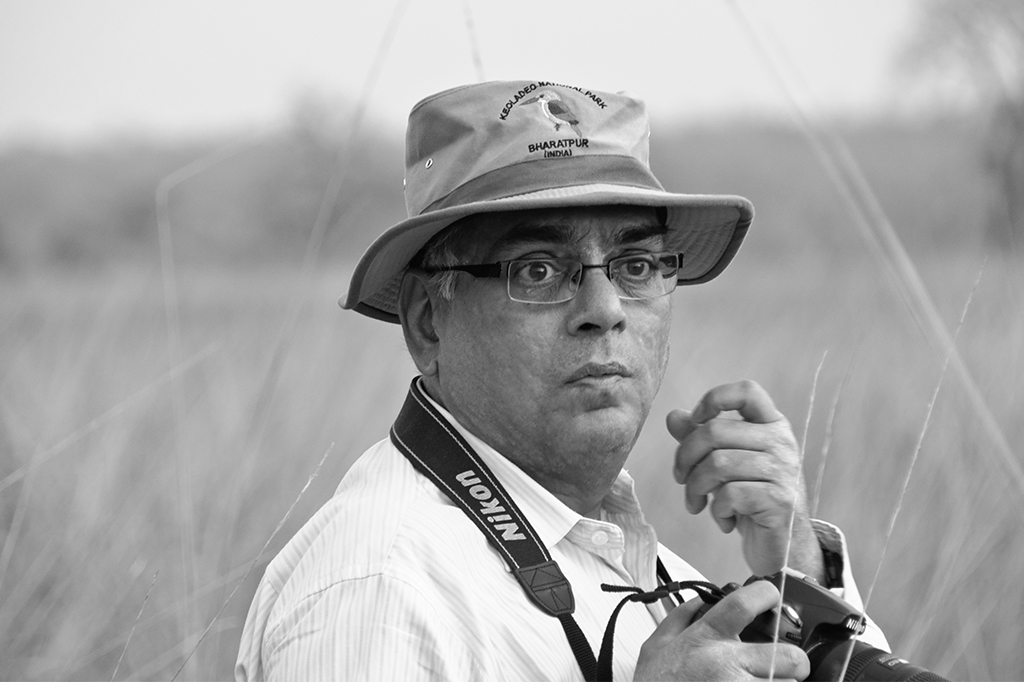 As one of India’s most successful business communities, Marwaris tend to be typecast as gritty, hardwired businessmen, whose ultimate objective is to be materially successful. Meet Debi Goenka, Executive Trustee, Conservation Action Trust, Mumbai and you will know that they excel in other areas as well. A diehard crusader, his passion, courage and sense of purpose can put all those who allow the mindless destruction of the environment to shame. Politicians, businessmen, gangsters, or the law, Debi Goenka has wrestled them all and come out victorious on many occasions and continues to fight on.

MARWAR brings you a Q&A with the firebrand activist.

How did your initiation into the world of environment protection happen?

My motivation to work in this field was a bit unusual. The Ramnarain Ruia College, where I have had the privilege to study, had a very active hiking club, and we used to go for treks and hikes in the Western Ghats. The Western Ghats in the monsoons are like paradise on earth. Starting from a smelly, dirty Dadar station at 4:00 am and then moving out of the city, where the black and brown turned green, and then hiking up to the top of a hill and finding myself in this paradise was an experience that I savoured with my friends several times a year. Returning to the smelly, dirty Dadar station on our way back would be like an eye-opener, making me realise that no one else seemed to care about the environment or what we were doing to it.

I started as a volunteer with the World Wildlife Fund (WWF) in 1974 and then with the Bombay Natural History Society (BNHS). After that, I worked with the WWF for a couple of years, then moved on to work with the Bombay Environmental Action Group (BEAG) and then founded the Conservation Action Trust (CAT). 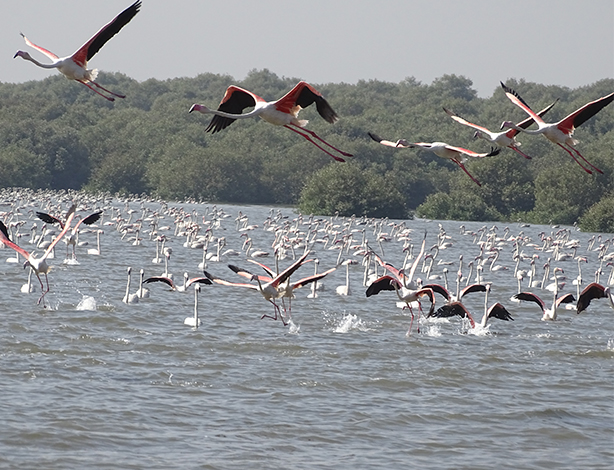 How did you evolve into a diehard crusader of the environment?

It was during our hikes to the Western Ghats that my love for nature developed. I soon got hooked on birdwatching. I quickly became unpopular because no hiker likes to be kept waiting on a hike. This is when I started my nature trails with the WWF and the BNHS. I was privileged to have worked with Humayun Abdulali, one of our greatest scientists and a hard-core conservationist. He was truly my inspiration. It is really thanks to him that the Borivali National Park (or Sanjay Gandhi National Park, as it is now called) was created and protected, and in my own way, I have continued to protect it.

Why is conservation of the environment so important in our times?

In 1974, not many people knew what environment meant. Trying to explain the concept of environmental activism or an NGO was extremely difficult. In 1988, when I helped The Ministry of Environment and Forests draft the Coastal Regulation Zone Notification, just a handful of people seemed to have heard of ‘climate change’. I am very proud of the fact that the draft CRZ notification issued by the Government of India in 1988 was probably the first time that climate change was recognised as a threat, and a provision was brought in to reflect this concern in the CRZ notification, which became law on February 19, 1991. 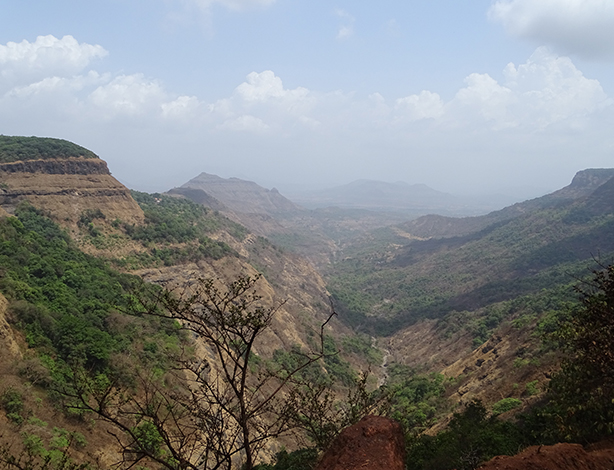 A vista of a beautiful valley in Matheran, which has been declared as an Eco Sensitive Zone

What are the various areas in which BEAG works?

BEAG has always focused on urban issues. Some of our earliest campaigns were against the location of a petrochemical complex at Mandwa-Rewas and the protection of Nhava Island and the Jawaharlal Nehru Port. My first campaign for BEAG was for the protection of Murud-Janjira. This campaign became the precursor of the CRZ Notification. I also got involved with opposing the setting up of thermal power projects in Trombay by the Tata Electric Company and the campaign to protect Dahanu Taluka from a similar problem; a campaign against Enron; working for the Narmada Bachao Campaign; protection of the Sanjay Gandhi National Park; and our campaign to protect mangroves. Unfortunately for me, most of these issues were not of great importance to the BEAG managing committee, and I was constantly having to fight internal battles as well. BEAG was happier with urban heritage conservation and anti-noise pollution campaigns. And though I did contribute to these as well, my first love has always been, and continues to be the protection of our biodiversity and natural resources. I was also instrumental in the creation of the Nandur Madhameshwar Bird Sanctuary near Nashik and the Tungareshwar Wildlife Sanctuary, north of the SGNP. 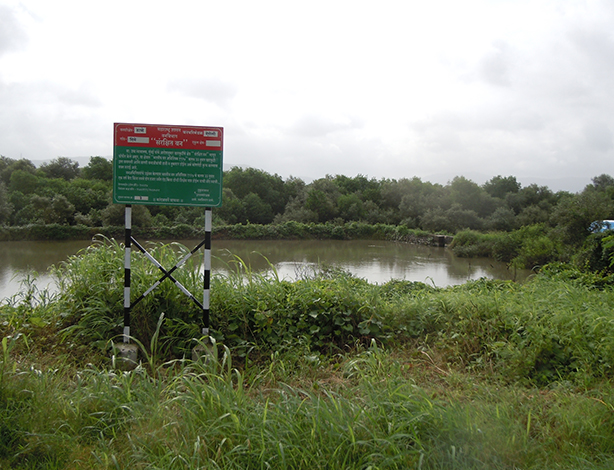 What is the Conservation Action Trust? Why was it created and what role do you play in it?

Conservation Action Trust (CAT) was created with the help of BEAG to provide me with my own platform. I think the BEAG Committee got tired of my internal campaigns and were happy to get rid of me. I am Executive Trustee, CAT, and I have a small board of trustees, who think alike and are very supportive. However, even after CAT was created, one of our responsibilities included handling the legal cases that I had initiated whilst I was in BEAG. 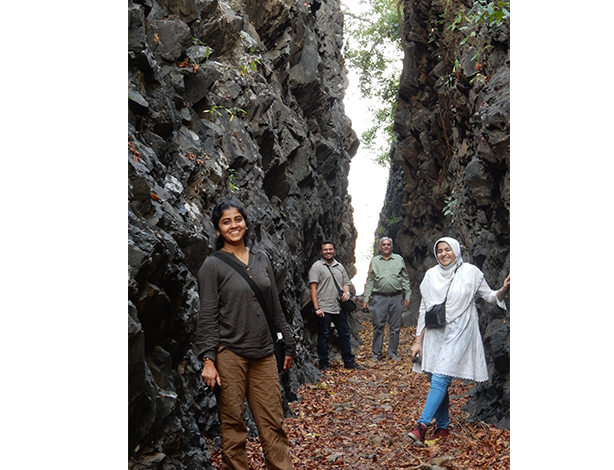 How crucial is it for the public to wake up to the harsh realities of the destruction of environment and biodiversity?

I think, every citizen has to wake up and realise that whilst roti, kapda and makaan continue to be very important, we cannot rely on governments to protect our environment. Our financial accounting systems do not reflect the loss of natural capital, and the heavy losses that we are suffering because of the adverse impacts of “development”, or “devilopment”, as I choose to call it. We have to acknowledge the fact that we cannot survive without our biodiversity—that clean air and clean water comes from our forests, and not from plastic bottles and oxygen cylinders. It is high time that governments treated forests as critical infrastructure for safeguarding our survival, rather than as an obstacle in the quest of the mirage of GDP growth. And it is high time that we put protection of the environment on the top of our list of priorities rather than at the bottom. 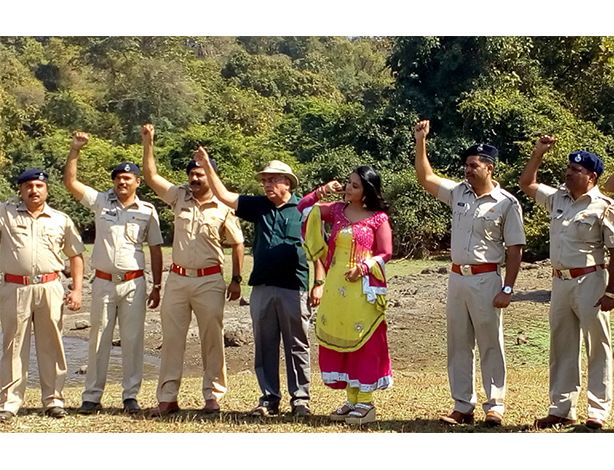 The path you have chosen often puts you against powerful lobbies and is not easy. What does it take to fight them? How do you manage and persevere?

I am blessed by a dedicated team of lawyers—some of the best in the country—who appear for me pro bono. I also have a small and dedicated team within CAT that does all the hard work—field visits, research, RTIs, and so on. This combination has been very successful so far. Incidentally, three of the lawyers who have appeared for me are now Judges in our Supreme Court.

My philosophy has been to never give up—a war is lost only when one decides to give up the battle. I also think there is someone up there who is supporting us.

What about your ongoing campaigns?

The protection of mangroves and SGNP continues to be a priority and so does our campaign for clean energy. One of the projects that we are opposing is the attempt being made by the Tatas to replace a gas-fired 500 MW power station in Trombay with a coal-fired one, under the guise of “modernisation”. We are also involved in the campaign against the Coastal Road Project in Mumbai and the Shivaji Statue. We also regularly write to the MoEF and their “expert” committees on projects that are being considered for environmental clearances, and we respond to draft notifications issued by them.

As part of CAT, what are your mission and vision for the future?

CAT will continue to try and educate decision makers about the need to protect our biodiversity, to make environment a priority issue in the decision-making process and to get every person to reduce his or her consumption of resources. 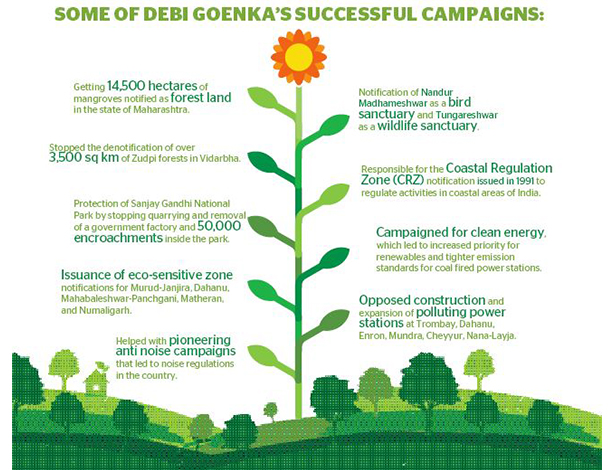