For Sanjay Budhia, making sure that there are no mistakes at work and the vision that he cherishes for himself and his team at Patton International Limited is what keeps him invigorated as an entrepreneur. As its managing director, Budhia looks to ‘expand into newer territories and geographies and to keep adding products to the company’s portfolio, in both the engineering and plastic divisions’.

From Tinsukia to Kolkata

Born and bred in Tinsukia, Assam, Budhia studied in a Hindi medium school, and was always a topper in class, winning scholarships along the way. While still in school, he developed a flair for writing and began contributing to school periodicals and national magazines such as Mukta and Sarita, published by Delhi Press. Having also topped in Sanskrit in the Class 10 board exams, he set out to translate the school text book from

Sanskrit to Hindi. Dubbing this effort as his first entrepreneurial venture, Budhia remembers how the first print run of his translated work got sold within a week!

Coming to enterprise, the Budhias originally began with an engineering firm called ‘Assam Metals’ in Tinsukia that manufactured electro-metal products for large clients including Oil and Natural Gas Corporation Limited, Indian Oil Corporation Ltd and Oil India Limited. In the late 70s, the family moved from Tinsukia to Kolkata, where Sanjay Budhia’s father, H P Budhia, acquired a small, sick electrical components unit in 1979. With that, the father-son duo opened an office under the name ‘Electrometal India Limited’, at Chatterjee International Centre.

In Kolkata, Budhia went on to study commerce from St Xavier’s College, which, according to him was a turning point in his life, as it not only helped him academically but also instilled in him the values of discipline and punctuality which he still lives by. After college, he would rush to office to complete the day’s work, and this, he says, was a great learning experience: “It was the perfect opportunity for me to engage in a practical application of everything that I was learning in college. The hands-on experience complemented my theory lessons,” he reminisces. 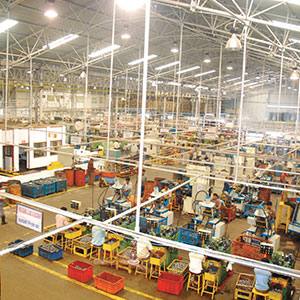 A few years down, a major development proved to be a watershed in the history of the Budhias’ business. It happened when the US issued antidumping and countervailing duties of 33 per cent on all imports, raising the price of these goods, which subsequently caused serious setbacks for all major exporting firms, including the Budhias’. Coupled with the fact that their electrical components unit had been facing problems, the business took a nosedive. But the never-say-die spirit in Budhia would not succumb to the onslaught.

He started all over again, this time by relaunching a product called ‘pressed steel tank’, which they had earlier manufactured in their Assam unit. And thus Electrometal Tanks Limited was born, the only company in the private sector to start manufacturing the product and also the first to obtain ISI certification. Simultaneously, he secured the first major deal of his career: a `50 lakh order for his product from the Public Health Engineering department of the Jammu and Kashmir government. 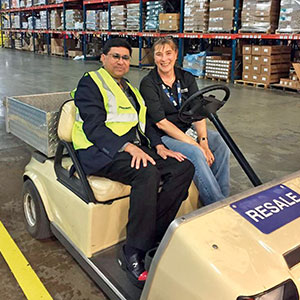 The visionary in him soon sensed demand for water storage tanks (of up 10,000 litres capacity) for smaller establishments like homes and offices in eastern India, considering that there was no other manufacturer in the region. Consequently, the Budhias purchased a unit that had been lying shut and converted it into a plastic water tank manufacturing unit. They named their brand ‘Patton Tanks’ to highlight their toughness and steadiness (after George S. Patton, the brilliant US Army general from World War II). 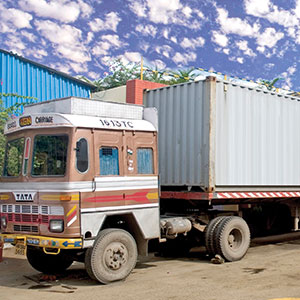 Budhia reveals that their plastic water tanks were very successful, so much so that people began associating the company with them. This in turn prompted the Budhias to rechristen their company to Patton Tanks Limited. A few years of natural evolution and diversification later, all the group companies were brought under a new name, Patton International Limited. Today, the product portfolio of Budhias’ plastic division includes an entire gamut of offerings, including plastic tanks, rigid PVC pipes, chemical storage tanks, material handling containers, drums, industrial pallets and jerrycans. “We use 100 per cent virgin, food-grade raw material in our water storage tanks and food preservation containers,” says Budhia.

That apart, Patton has recently developed a unique plastic tank, in collaboration with Jute Corporation of India and Indian Jute Industries Research Association which will be helpful for hygienic and scientific retting of jute (a process of washing raw jute to get the fibre). The company has also made headway in implementing sustainable water conservation in the region by means of rainwater harvesting, groundwater recharge systems and by developing movable roller water storage tanks for hilly terrains. 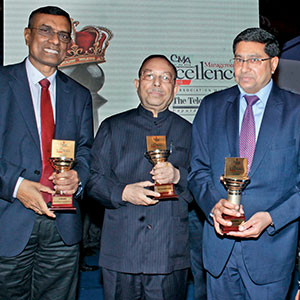 Over the years, Patton’s engineering division has flourished, making it a government-recognised export house and a star exporter of steel stampings and EMT fitting products to Fortune 500 companies. It has earned the company several productivity and national awards for excellence in exports, in the process. As of now, it has six plants in West Bengal catering to the needs of electrical trade. “We have not lost a single man-hour on account of strike or lockout since inception,” says Budhia. And this has kept him forging ahead, even catering to the diverse needs of electrical markets in USA, Canada, Mexico, Columbia and MENA countries. “Backed by our state-of-the-art manufacturing facilities, we have ensured that our products receive wide acceptance in the quality-conscious markets of the US, Canada and Mexico. Our products have received approval from world-class institutions like Canadian Standards Association (CSA), Intertek UK, RWTÜV of Germany and Underwriters Laboratories Inc of the US,” says Budhia with apparent pride. 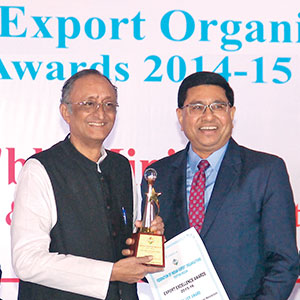 A sizeable portion of Patton’s revenues come from overseas markets and this has been as a big learning curve for the company. The biggest task has been to deliver quality products, at competitive costs and on time. Budhia says, “Nowadays, it is not customers’ expectations but mere requirements that one cannot supply two days before or three days later than the specified date of delivery. There is no room for excuses.” Recalling the floods of Odisha a couple of years earlier, he says, “At that time, we could not have delayed the deliveries, so we shipped our products by air, at a cost that exceeded the cost of the products themselves; but the move surely earned us trust.”

To ensure timely delivery of goods, Patton has its own back-up supply chain logistics system in place. The company has set up warehouses in Jonesboro, Arkansas, and Norfolk, Virginia that are located strategically close to customers. The inventory management is carried out by an expert ‘Alert Team’, and stock levels are monitored 24/7 and replenished on a real-time basis. Weekly conference calls with representatives from the same organisation based in different countries are conducted to ensure alignment with commitments that are devoid of any ambiguity. “We have also provided customers with an online portal that is integrated with our warehousing facilities,” Budhia says. “This gives them the flexibility to create their product requisitions, as per their requirement and convenience, thereby saving a lot of time and cost.”

What has also contributed to making Patton a mega success story is its 2,500+ satisfied employees. For Budhia, it is all about treating employees as family and as players of ‘Team Patton’.

Surviving against all odds

The financial crisis of 2008 hit the world like a bolt from the blue and the economic downturn that followed impacted Patton too. “Orders were drying up, but as the saying goes, when the going gets tough, the tough gets going,” says Budhia. Since a major part of their export dealings were with the US, together with a colleague, he visited the country to meet customers and test waters, managing to get sizeable orders. This brought back the smiles for not just his family, but Team Patton also. Budhia considers the trip to be a remarkable example of the indomitable will and indefatigable spirit of Marwaris like him. 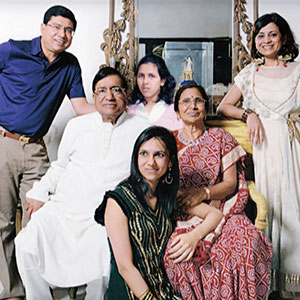 Budhia’s second passion, after business, is health and fitness, which takes him on regular walks, swims and to the gym. In the evenings, he attends social events. He makes sure that he spends enough time with his family, comprising his parents, wife Minu, and two daughters. Beyond that, he likes to balance his life by dedicating time to the institutions and organisations that he is associated with. Budhia is currently the chairman of the CII National Committee on Exports and Imports. He also is a National Council Member of the All India Management Association (AIMA) and Honorary Consul of Malaysia in Kolkata. Further, he is a member of the advisory board of St Xavier’s University (Kolkata), a Samsad (Court) member of Visva-Bharati University, a member of the managing committee of La Martiniere SEOMP Society, a board member of the Young Presidents’ Organisation, Gold – Kolkata and a patron of the Dover Lane Music Conference. 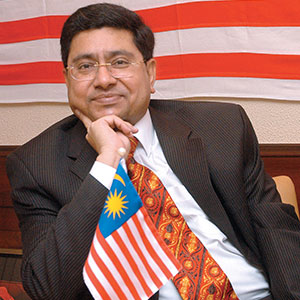 The Budhias have contributed towards the establishment and running of two higher secondary schools (one for girls and one for boys) at their native place in Rajasthan, and is setting up a co-educational international school in Kolkata for students from kindergarten to Class 12. They have also built the first and the only hospital for cardiac patients on the family’s land in Tinsukia, in addition to a school (consisting of a G+4 building) for their native people in Rajasthan. “Anybody travelling on the national highway connecting Ajmer and Jaipur can see this school which imparts education to 1,100 students,” conveys Budhia.

Sanjay Budhia is creating value, building a strong empire and living with a passion that becomes a true Marwari entrepreneur. Age is just a number for him. “God willing, I do not want to get tired or retired from work,” he says.

We hope he never is.