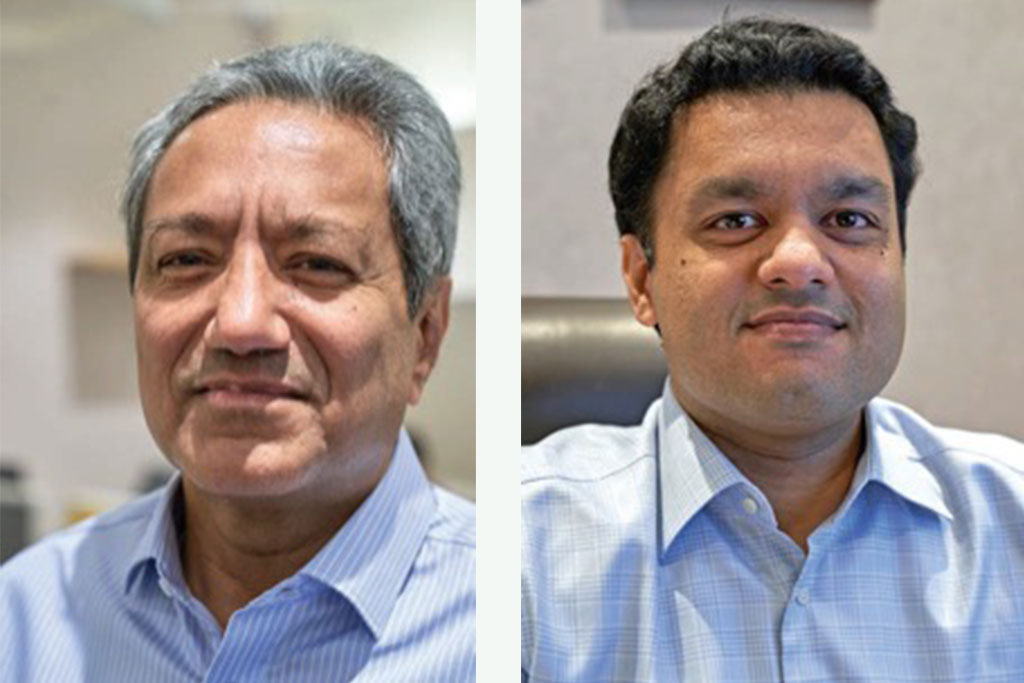 Plastics are cheap, convenient and have a wide range of applications, which makes them one of the most used and most disposed materials in the world. The mountains of plastic waste that we see washing up on our beaches is appalling, but what makes matters worse is the long-term threat they pose to the environment, given that plastics take hundreds of years to degrade! It’s only of late that the world is waking up to the need to limit the damage by discouraging single-use plastics and promoting recycling. Interestingly, entrepreneur Aditya Dalmia foresaw it all 15 years ago and smelt a business opportunity, and today his post-consumer PET recycling business (polyethylene terephthalate, or PET, is a thermoplastic polymer resin that is widely used for packaging food and drinking water) has not just grown in size and scope, but is eyeing expansion along various avenues also.

Aditya Dalmia started his entrepreneurial career with a trading outfit for chemicals, however, in the early ‘80s. Though he managed to set up a value chain over the years, the chemical industry changed in the late ‘90s with aggressive imports, which had Dalmia scanning the horizon for new growth opportunities. Taking his cue from some international trading partners, he took a hard look at the PET recycling industry, which then was a nascent sector, took his plunge, and the rest, as they say, is history.

“Initially, we focused our efforts on trading,” says Dalmia, talking about the inception of his recycling business, Dalmia Polypro Industries Private Limited, of which he is the Managing Director. “However, after a short span, we set up a recycling unit—which was around a decade ago—and today, we operate three facilities for recycling PET and variety of polyolefins as well.”

The going, however, wasn’t easy, considering the challenges of collecting used PET from the vast expanse of the country, but Dalmia has painstakingly built an unparalleled network of sourcing streams, nevertheless, by mainly concentrating on western and southern India. Under his leadership, the company has since achieved numerous industry firsts and successfully positioned itself at the forefront of the polymer recycling industry. In this endeavour, there have been significant contributions from his son Pratik too, who now helps his father to manage the business. 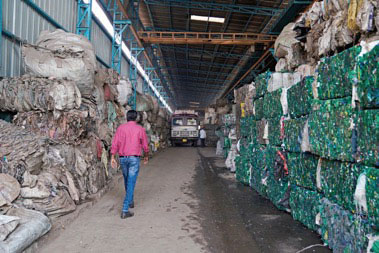 Bales of plastic waste stacked at the Dalmia Polypro factory

The recycling process, Dalmia explains, involves bringing discarded PET bottles to their plant at Vapi, Gujarat, where they go through an automated sorting process, following which they are flaked. The last and crucial step involves a proprietary washing process which helps achieve a superior quality of raw material that is fit for a variety of applications, including, but not limited to textiles, industrial packaging, consumer packaging and resins. The Dalmias are now looking to close the loop by producing bottle grade recycled granules also.

As for customers, the Dalmias cater to a plethora of multinational corporations in India, some of whom have been their customers for almost a decade. This is because, as a first-mover in the industry incorporating new, India specific processing technologies, since inception the Dalmias have focused on ensuring that the quality of their recycled plastic was the best. “Keeping in mind that the nature and use of PET bottles in India were vastly different from most other countries, our recycling processes needed to be adapted to accommodate these cultural habits and material properties; and, therefore, we believe ours is a proprietary process,” explains Dalmia. For example, a large number of consumers in India tend to reuse bottles before discarding them. Also, Indian bottles are lighter in weight, compared to Western countries. Aspects such as these were taken into account by the Dalmias when devising their processing technologies. “Also, our ability to offer a consistent and stable supply of high-quality raw materials to our customers for their quality-sensitive applications has positioned us as one of the leading suppliers,” adds son Pratik Dalmia. 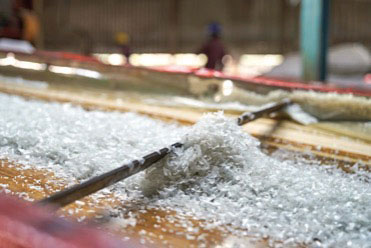 Business apart, the father-son duo also takes pride in being able to contribute to the overall effort of controlling plastic pollution. Being the packaging material of choice for numerous industries and a base material for artificial fibres, plastics, despite their harmful effects, continue to be used in large quantities. When it comes to disposal, however, as a landfill they pose serious threats to the environment and plant and animal life. Here, recycling offers a viable solution with available data indicating that the recovery rate for most plastics is over 75 per cent. “We prevent over 900 million beverage bottles from being landfilled annually, which translates into saving about 3.6 million cubic feet of space and 27,000 tonnes of carbon emissions,” says Pratik Dalmia.

Though Dalmia Polypro is primarily engaged in recycling PET, of late increasing importance is being accorded to recycling yet another class of plastics called Polyolefins. Though largely an unorganised sector still, the Dalmias have been able to gain traction in the field with their offerings to the market (recycled granules), which are used for manufacturing a variety of injection moulded products for material handling and consumer applications, to name a few. That apart, going forward, the father-son team feels that there are good opportunities for them to move up the value chain, besides expanding capacities for existing products. Further, with son Pratik firmly entrenched in the business, Aditya Dalmia finds himself focussing on strengthening and widening the recovery of waste plastic streams, besides guiding brand owners to be responsible stakeholders by helping them meet their ‘Extended Producer Responsibilities’ (a legislative strategy used to promote reuse, recycling and eco-friendly disposal of polymer waste). And in that, he is not only doing his bit to help the industry, but also society at large.