While electronic money transfers and credit card payments certainly do make life easier, they have their downsides too with instances of money laundering and fraudulent activities seeing a steady rise as the number of users and transactions increase. Trisha Kothari, as co-founder and CEO of San Francisco-based startup Unit21, has been laudably endeavouring to plug these holes with her no-code software—one that helps risk and compliance teams monitor fraudulent activities, and with much success.

From Mumbai to Silicon Valley

Trisha Kothari grew up in Mumbai, her parents Bimal and Sushma Kothari having moved to the city from Assam, where Trisha’s grandfather had settled since leaving Rajasthan at an early age. After finishing school, she moved to the USA for undergraduate studies in computer science at the University of Pennsylvania. And then, it was time to launch her career. Armed with some prior experience gathered while working for Google and LinkedIn in San Francisco through summer internships (Right from her freshman year at UPenn, Kothari in fact did several internships at Google and LinkedIn. She also earned the prestigious Google Anita Borg scholarship and another from Microsoft), in 2014 she moved to Silicon Valley in San Francisco, to pursue technology.

Trisha Kothari (third from left) taking part in a conference on ‘Women Entrepreneurs in AI’ organised by Women in Machine Learning & Data Science.

“I joined this small 10-person company called Affirm in San Francisco—which now is a very large publicly traded company—and through my experience at Affirm, I learnt a lot about financial fraud and anti-money laundering,” says Kothari. Having worked as an engineer and a product manager, by the time she was preparing to quit, she was leading the identity product and risk products arm at Affirm. With her Marwari entrepreneurial genes kicking in at this juncture, she decided to use her experience as a springboard to start her own venture. For this, she teamed up with Clarence Chio, who had a background in machine learning and security. She had met him at an entrepreneurial community called South Park Commons, and together the duo embarked upon their journey. Both Kothari and Chio, however, had experience in the fraud and security domains, which inspired them to explore possibilities and learn more about what they could potentially do.

As a first step, they decided to do some market research to make sure that whatever product or service they finally chose to develop was something that the market really needed. Kothari and Chio built a prototype of the product and eBay thought it was really amazing. It was a signal for the duo that there was a big opportunity in the field. There was no turning back.

In December 2018, Kothari and Chio launched their company Unit21 in San Francisco. Having seen immense growth right from the get-go, within a brief span of four years, the company has grown to boast 120 employees and close to 100 customers around the world. The company has had three rounds of funding, the last one just weeks ago from American investment firm Tiger Global, which has evaluated Unit21 at $700 million. And the growth continues. 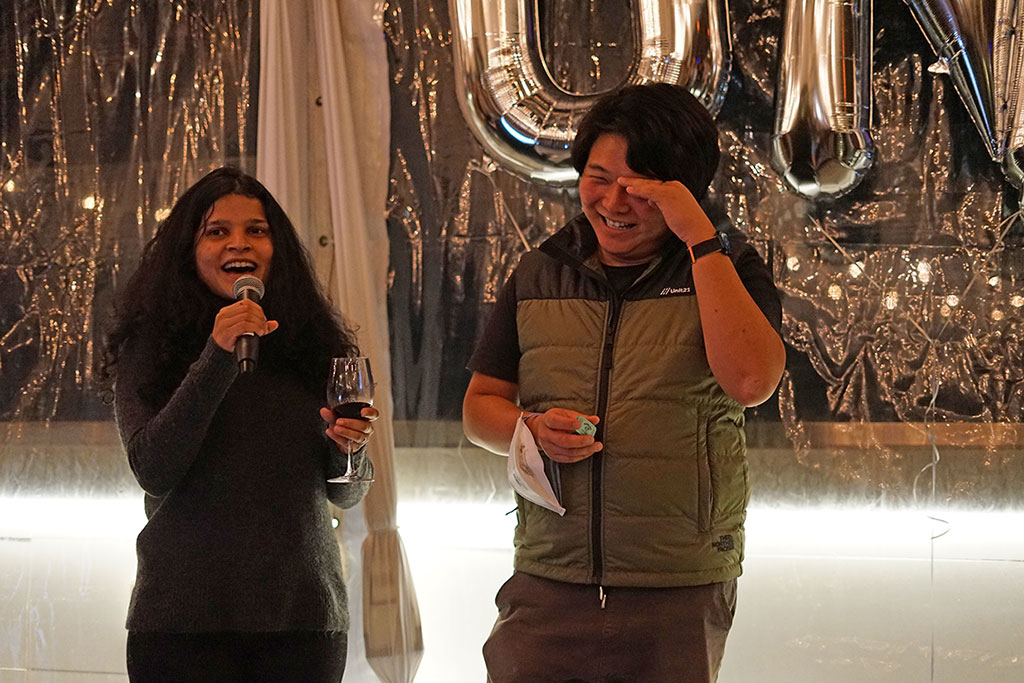 The impact of Unit21’s ‘no code’ software has been enormous, which can be gauged from instances where their software has been able to fight financial crime, including reducing fraud loss by 50 per cent for Lili Bank, a fintech company; reducing the false positive rates of a crypto company called Bakkt; and others, as cited by Kothari. Further, The World Economic Forum has announced Unit21 as one of the 100 most promising Technology Pioneers of 2021. Also, Trisha Kothari was named one of the ‘Most Powerful Women Engineers’ of 2016 by the Business Insider’s magazine of USA, when she was 23 years old.

Consequently, the number of Unit21’s customers have been rising and its customer portfolio today includes clients such as Chime, the largest fintech bank in North America; Coinbase, one of the biggest crypto exchanges; Binance, another very big crypto exchange; and Intuit, which has the QuickBooks Payments product. It also powers Twitter’s blue check verification.

As for future plans, Kothari says that her main goal is to continue to grow their product and serve new markets. The company’s plan is to grow vertically within the financial industry spectrum and horizontally across the industry.

Away from the world of business, the cause of women’s empowerment and getting more women into technology is also very close to her heart. This especially shows in her endeavour to start a scholarship—the Barji and Gulab Scholarship for Women in Computer Science—together with her family. Created in honour of her two grandmothers and valued at $15,000, the scholarship allows a female undergraduate student from India to study computer science at the University of Waterloo. 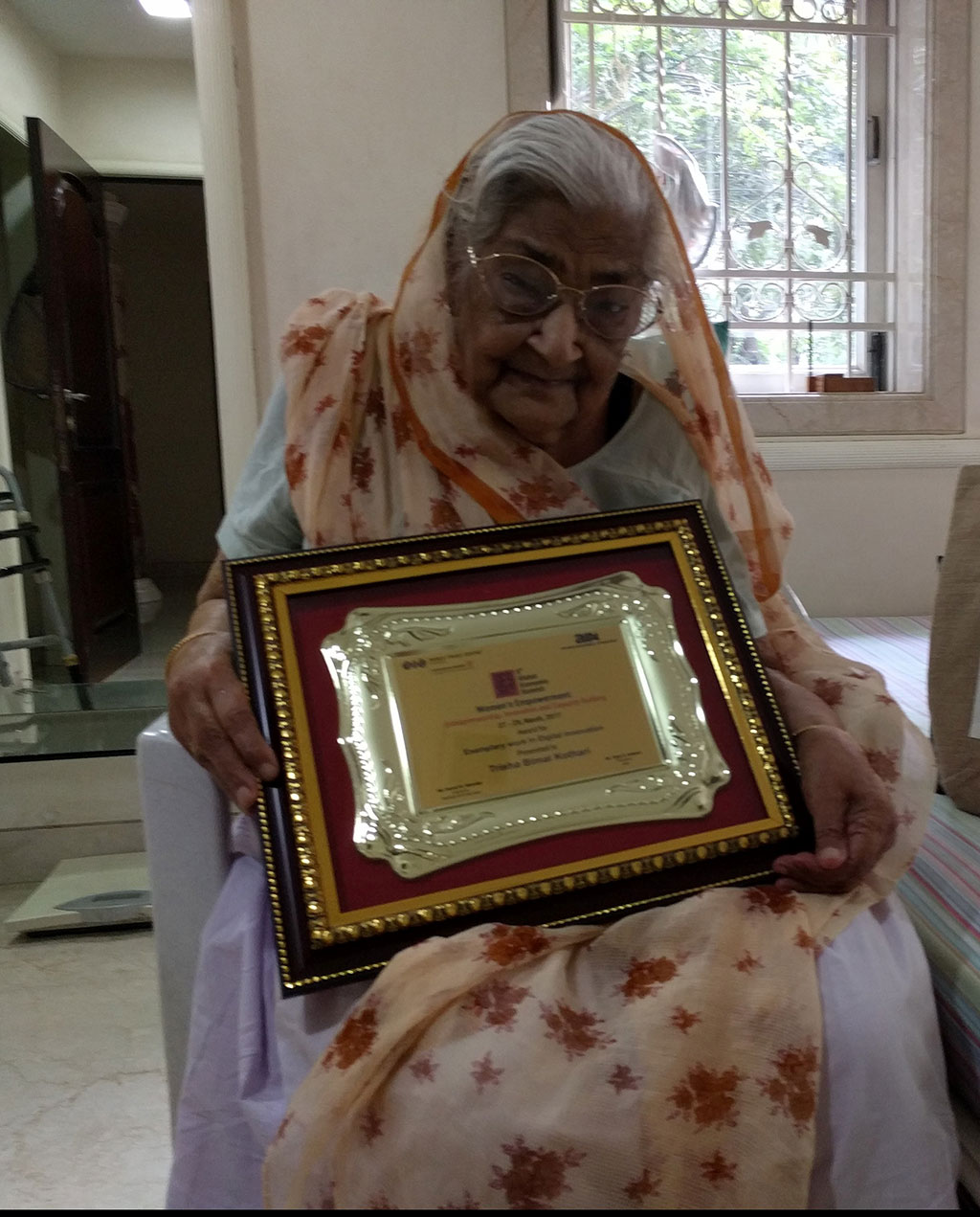 Trisha’s grandmother proudly displaying the 6th Global Economic Summit award given to Trisha for Digital Innovation by AIAI (All India Association of Industries) in March 2017.