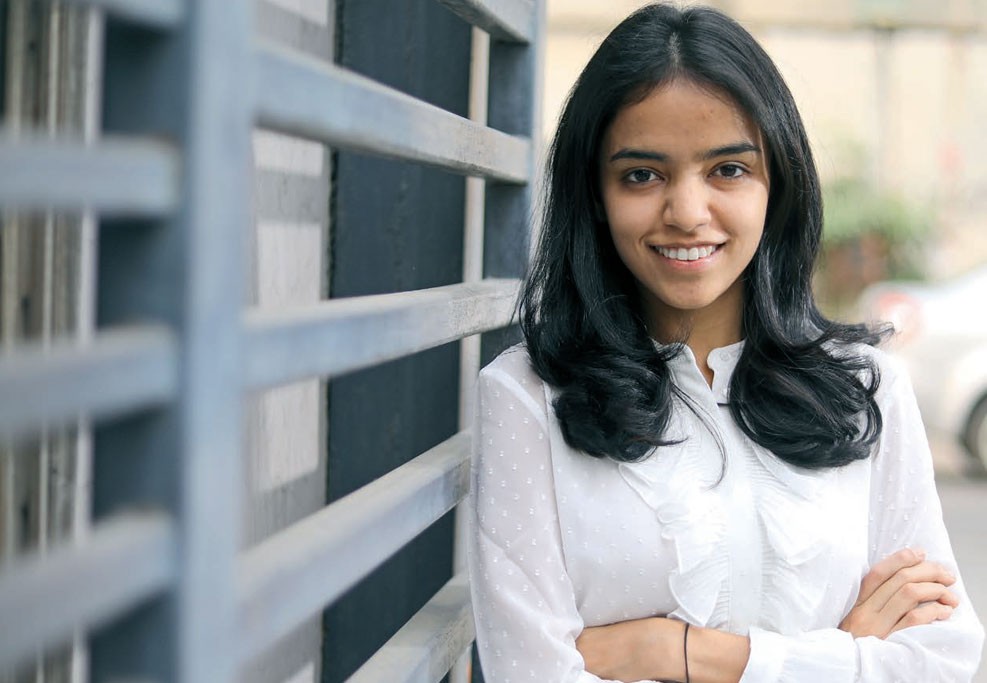 “Through SquadSafety, we have increased speed by 5x, handled 6x volume spikes, reduced costs by over 70 per cent, automated 30-60 per cent of the work—all with really high accuracy

Crowdsourcing can be powerful, scalable and disruptive, as the founders of Squad were quick to learn and capitalise on. A unique platform that connects businesses with an efficient, reliable mobile workforce, the start-up has seen its name, fame and influence grow manifold since its inception in 2014. Co-founder Kanika Jain takes MARWAR through its impressive journey. 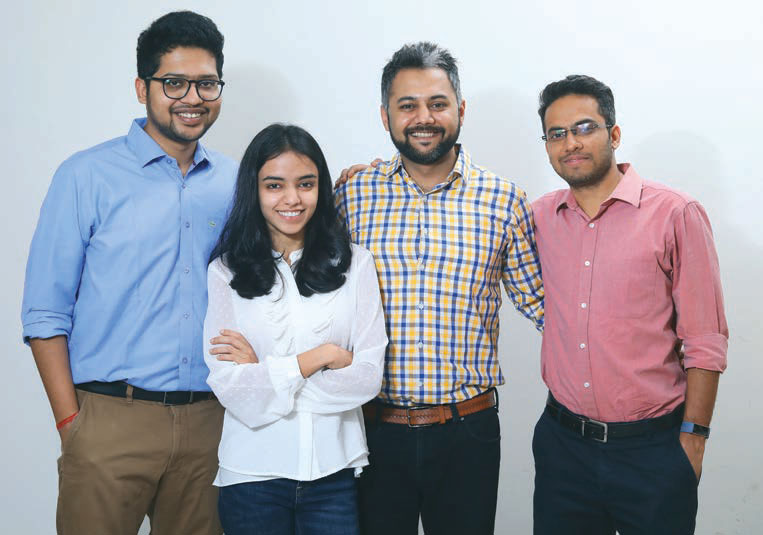 Think of a situation where you are a businessman and you have large back-end requirements that need creation of a large in-house team, or outsourcing your jobs to a BPO, which sure is likely to drain resources and slow down your business as well.

Now think of another situation where you have disposable time in hand and all you need to do to earn some money is to download an app on your Android device, log-in with Facebook, perform simple tasks and get paid for it.

Does creation of a unique platform that connects these two groups in a mutually beneficial manner make business sense? To young entrepreneurs Kanika Jain and Apurv Agarwal it did, and this led to the founding of Squad in Delhi, in 2014. The start-up helped businesses outsource operational tasks to a distributed mobile workforce, or, to put it in another way, helped them solve huge operational tasks through crowdsourcing.

The founding of Squad, however, wasn’t an overnight development. It was rather the result of Apurv Agarwal’s wealth of experiences gathered from a previous start-up founded by him. Kanika Jain explains: “Apurv led a successful venture while in college called ngoFuel.org, which was a crowdsourcing platform to connect skilled volunteers, mostly students, with non-profit organisations that needed basic tech help like websites, social media, etc. The venture was successful because of two key reasons: it created value on the one hand for excess time in hand, and crowdsourcing proved to be a very powerful and super-scalable tool.”

ngoFuel.org, however, did not immediately lead to the founding of Squad. In between, Apurv co-founded another start-up incubator/co-working hub called 91springboard, where he led business development for all the divisions. 91springboard worked with promising early-stage ventures and the talented, hard-working entrepreneurs behind them to ideate, develop and expand great ideas. It is here that Kanika met Apurv. Kanika, who had a BCom degree from Delhi’s Jesus and Mary College and a Bachelor of Laws (LLB) degree from the Faculty of Law, Delhi University actually had investment in mind when she joined 91springboard, but all that was to soon change. Reminiscing she says, “Initially, I wanted to come on board as an angel investor and started helping Apurv out with the legal aspects like company registration. However, as I started to spend more time, I found the idea of creating value, using crowdsourcing, very intriguing. We then started experimenting with it to gain validatio and got positive feedback from the market and that’s when we decided to jump right in and start Squad.” In the meantime, they were joined by co-founders Vikas Gulati and Rishabh Ladha, and the rest, as they say is history. Having started operations from the basement of Kanika Jain’s house, Squad released their Android app (for the workforce) in July 2014 and today the company has come a long way with Apurv as the CEO of Squad, Kanika heading operations and Vikas functioning as the chief technical officer and Rishabh as chief business officer. 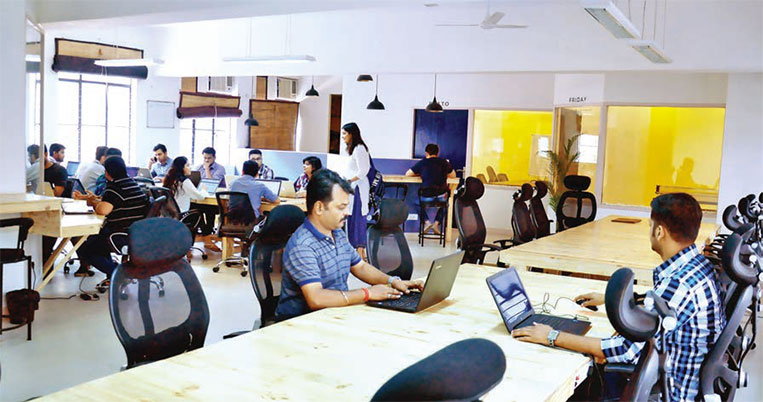 The Squad office in Noida

Coming to how Squad functions in the marketplace, on the user side, it offers an Android app that serves as a platform to help businesses crowdsource operational tasks from a mobile workforce comprising usually college students, young professionals, housewives and others with disposable time. Called ‘agents’ this workforce is carefully selected, based on an individual’s comprehension and communication skills and the ability to correctly understand and perform tasks such as matching products, hashtagging images, grouping and cataloguing products, moderating content, conducting surveys and the like, in keeping with specific business requirements. Every time an agent successfully completes a mission, he or she earns ‘SquadCoins’. The SquadCoins are accumulated and finally redeemed by withdrawing the money to the registered Paytm wallet.

On the other side of the market, Squad helps businesses put together a strong, reliable team to manage intensive back-end operations quickly and without any operational overheads, thus reducing on both cost and time.

Six months into operations, Squad embarked upon the ambitious project of launching in USA as well, even though their product was still at an early stage and that it did not have an established network. But propelled by the belief that moving to the USA was crucial for the company’s long-term growth, it took the leap and opened an office in San Francisco.

Spurred on by initial successes, acouple of years down Squad introduced SquadVoice, which in addition to conventional tasks, harnessed the power of technology and people to provide businesses with a facility to handleoutbound calling operations that functioned like a call centre. Kanika Jain explains: “Our elastic distributed team of 1,000+ trained call agents reach out to prospective inbound leads within a matter of minutes and effectively nurture and qualify them for sales teams, making sales for the client extremely streamlined and predictable. We also optimise several call variables to create a significant increase in conversions.” Thus SquadVoice helps customers qualify and verify leads, obtains additional data on leads and schedules deliveries and appointments. These apart, it also responds to customer queries, gathers feedback and reviews, and more. Buoyed by its impressive performance in India, Squad is now targeting the US real estate market (the asset-light, AI-enabled brokerage segment, that is), where, we learn from Kanika Jain that the traditional relationship-driven real estate model is poorly suited to convert online leads—as it lacks rigour, the needed outreach systems and data-driven intelligence. She says, “We are partnering with brokerages to use our platform (machinery + intelligence) to close more homes using their existing leads. We have been able to grow the number of opportunities created by 30 per cent week on week over the last seven weeks.”

Squad’s other business vertical is SquadSafety,which combines technology and human intelligence to speed up business processes for customers, while offering accuracy, flexibility and reduced costs. It also powers internet safety to ensure quality user experience and trust and safety by automating content moderation for consumers and marketplaces. “We’re amongst the only companies in the world to offer this as a full-stack—something which traditional content moderation services were never able to do,” says Kanika Jain. “Through SquadSafety, we have increased speed by 5x, handled 6x volume spikes, reduced costs by over 70 per cent, automated 30-60 per cent of the work—all with really high accuracy. Our customers include teams at Flipkart, Sephora, Snapdeal, Teespring, the US C2C marketplace, etc.” 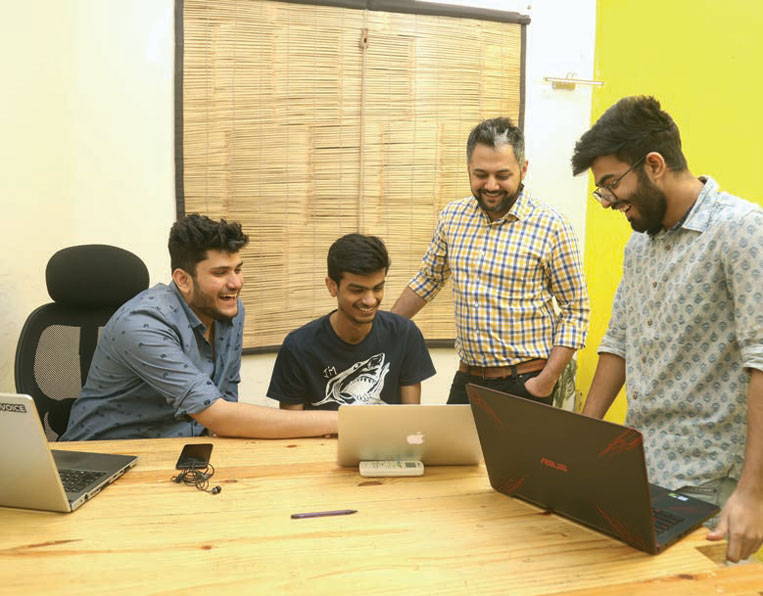 As of today, Squad boasts a team of 60+ people working for it and steadily growing markets in both the countries. It has over 25 large customers in the two countries, including Tata, Myntra, Nestway, and others. Its team is well-balanced too and the company is backed by top investors such as Blume Ventures, 91springboard, senior product executives from Genpact and Flipkart, co-founders of Infosys, Snapdeal, Slideshare, Zomato, and others. As a start-up, its reputation and growth prospects can be gauged from the awards and honours that have been heaped upon it, which include having been featured in the Forbes 30 Under 30 Asia 2018 list, having been selected amongst America’s Top 30 Emerging Companies of 2017 by Inc Magazine, featuring among the Top 50 Global Start-ups Exhibiting on the trading floor of the NYSE at the Kairos Global Summit in 2017, among others.

As for the future, over the next few years, Squad aims to empower over one million people through its platform on a day-to-day basis. This may sound ambitious, but considering the company’s impressive growth momentum, it could well be a reality. 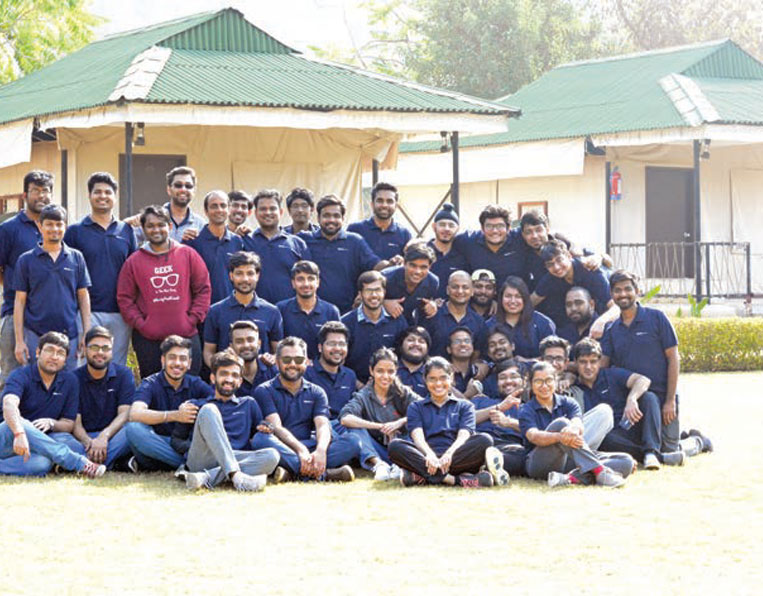 The Squad team at a team offsite in Sariska National Park