Home People Profile Being the Change 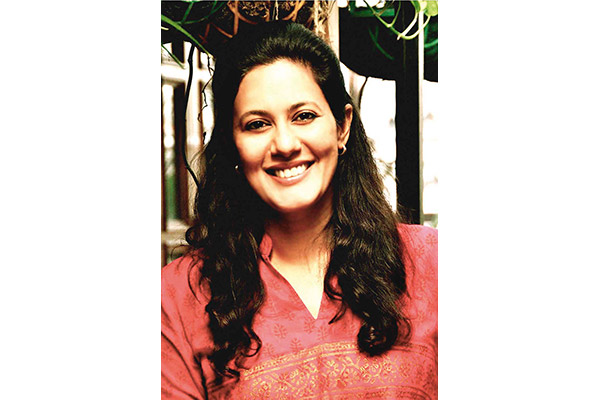 Change and progress go hand in hand. Meet Chhavi Rajawat, who gave up the comforts of the city and an alluring corporate career to be the harbinger of change. MARWAR finds out more about this dedicated sarpanch and her plans and vision for her beloved village in Rajasthan and its people.

IN A COUNTRY WHERE WOMEN FACE A LOT OF limitations and resistance in all spheres of functioning and are relegated to merely an ornamental role, Chhavi Rajawat has surely come a long way. An alumni of Rishi Valley and Mayo College Girls’ School, she graduated from Lady Shri Ram College, New Delhi, and pursued a business management degree in marketing from Pune. She ditched her corporate career and a cushy job with one of the country’s biggest telecom firms in 2010 to become the sarpanch of her ancestral village, Soda, located in the Tonk district of the desert state of Rajasthan.

The beginning
Rajawat recalls her vacations at Soda as filled with fun and frolic. Away at her boarding school, she looked forward to her vacations. Soda was hence always her home and the villagers were like one big extended family. She shared a strong emotional connect with them, especially with the village elders who pampered her.

However, her original career aspirations were different and she had never thought of taking up governance or entering politics. Rajawat shares, “The decision to make me the sarpanch was that of the villagers. I was in the corporate sector and in the phase of transitioning into taking over my family-run hotel in Jaipur. I had also started a horse-riding academy in Jaipur in 2009, to promote the sport and fulfil my dream of
owning horses.”

Destiny had other plans for her.The villagers implored her to take charge, with many turning up at her home in Jaipur to convince her. The Soda seat was reserved for women in 2010 and she also could see that there had not been much development in the village since her grandfather, a retired brigadier, had served as the sarpanch around two decades ago. In March 2010, Rajawat was elected as the youngest sarpanch with an MBA degree in the country.

Traversing the course
Being an independent candidate is always a challenge. She discovered rampant corruption, inefficiency and red-tapism when she took over. According to her, these issues can be dealt with the help of technology. “Political leaders and bureaucrats are unaware of the hardships faced by the villagers. Policy makers do not want to come to assess the welfare programmes planned by the authorities. As technology does not discriminate, an online watch could keep a check on corrupt officials,” says Rajawat.

The resistance and hesitation of a patriarchal political system and the society at large was another major issue. However, she chose to march ahead. She says, “With my education and experience in the corporate sector, I thought of playing the role of a bridging agent between the village, the government and the private sector. The idea was to connect the dots by bringing in funding and the required expertise of varied sectors and collectively working towards the much-needed integrated development of
the village.”

Rajawat, who has also represented India at a UN poverty summit, has taken up an array of issues ever since her tenure began, ranging from desilting of a reservoir (the only source of drinking water in the area) and improving sanitation and roads to introducing a waste management project and 24-hour electricity to the village.

“Even before the Swachh Baharat Abhiyan had kicked off, toilets had been constructed in 800 out of the 900 houses at Soda,” she states. Rajawat set up a computer centre that she started with the help of a corporate sponsor. The young took to it enthusiastically. She continues, “I got an SBI branch opened in Soda in 2011 for financial inclusion and it also boasts an ATM. I focused also on the improvement of the government girls’ school infrastructure and motivated the residents to send children (especially girls) to schools. We also planted over 60,000 saplings and revived and protected some common lands such as reservoirs and the forest area.”

Currently in her second term, she says, “Owing to very little funding and practically no expertise from outside, I have not been able to complete many of my projects and make them sustainable. I am still seeking support and the key areas I am presently focusing on include improving the quality of education at crèche and primary school levels, revival of the girls’ college, building playgrounds and a stadium, as well as introduction of organic farming and improving animal husbandry practices, while creating sustainable and fair market linkages.”

Family—foundation of strength
Talking about her source of motivation, Rajawat shares, “My maternal and paternal grandparents and my parents in particular have been my biggest support. My father, for having had strong convictions and having the strength and courage to stand up against the odds with me. My mother, a strong woman with great focus, exuberates immense energy. I have learnt a lot about goal orientation and applied creativity from her and I have always admired her determination.”
Rajawat is also grateful for the support of her friends and looks to escaping to the mountains and nature for rejuvenation. She also enjoys music and reading in her spare time.

The way ahead
In a young country like India, where the majority of the population is currently under 30, the youth holds immense potential to steer the country in a direction of good sustainable governance and social empowerment. Rajawat feels that the modern-day education system is pushing youngsters towards a rat race, leaving them apathetic towards society.

Talking about the potential of our Indian youth, she says, “There is a need for more students from schools and professional colleges to come and intern in villages to better understand rural India and participate in its development. I would also recommend more people to come forward to participate in nation building in whatever capacity they can, and the youth of India needs to do this as well. We need better people in politics and people should certainly step up to it—at the grass-roots level in particular because this is where one can actually directly execute and impact the larger base of society.”

Erudite entrepreneur cum-altruist talks to Marwar about her multiple roles of helping the family business grow and now giving back to society through Safeducate by helping the unskilled and jobless youth find their feet and moving ahead in life. Read more about her by subscribing to Marwar. #divyajain #Safeducate #Entrepreneur ... See MoreSee Less