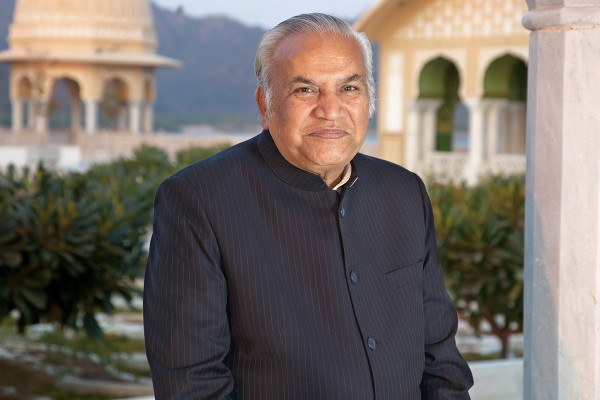 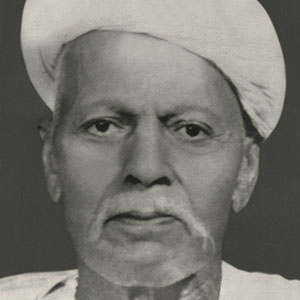 The lustre of jewels has held royals and commoners alike in their spell from times immemorial and man’s undying fascination for them has had treasure hunters and purveyors explore not just the deepest, darkest recesses of the earth, but also undertake long, perilous journeys in their quest. It is one such daunting journey from Jaipur to Rangoon to which the KGK Group owes its being.

A tale of two cities 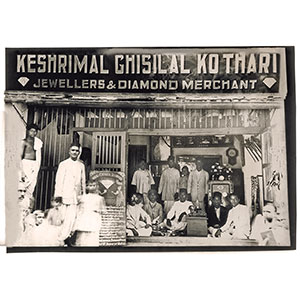 “In those days, Rangoon [now Yangon] was the hub of the gems trade, as Burma [now Myanmar] produced precious stones such as sapphires, pearls, jade and the world’s best rubies,” continues Navrattan Kothari. “Gems were bought and sold in Rangoon and brought to Rajasthan for cutting and polishing. Sensing growth prospects, Keshrimalji was fired by the idea of going to Rangoon to try his luck.” 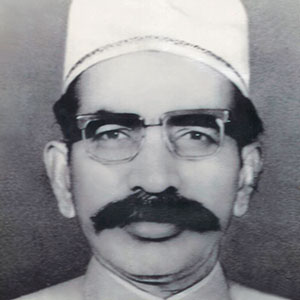 With his business acumen and remarkable knack for the gems trade, Keshrimal Kothari was a huge success. Inspired, his son Ghisilal too joined him in Rangoon as a teenager, and the rest, as they say, is history. The business they founded still bears their name. What then was called Keshrimal Ghisilal Kothari (Jewellers & Diamond Merchant) is now the KGK Group, ‘KGK’ being the acronym for ‘Keshrimal Ghisilal Kothari’. A leading multinational corporation, it commands presence in the A-Z of the jewellery business, starting from sourcing of roughs from mines to selling the best in branded jewellery.

Having joined the family business in the early sixties, Navrattan Kothari has spent well over half a century guiding and managing the group, during which time he has transformed it into a truly global conglomerate, as was his vision. Credited with starting new profitable ventures, the house established its presence in the entire supply chain of coloured stones under him—from procurement to manufacturing to distribution. He also foresaw bright prospects for the diamond sector—though it was still in its nascent stage in India—and ventured into it, reaping rich returns.

As patriarch, Navrattan Kothari is still at the helm of affairs, but a large part of the business is now managed by his sons Sanjay and Sandeep, who have firmly entrenched themselves into the business. While Sanjay is currently based in Hong Kong, spearheading the group’s expansion globally, as its vice chairman, Sandeep, who is based in Antwerp and is the managing director of the group, is engaged in expanding the group’s polished diamond business in Europe. His many successful initiatives include developing trusted supplier relationships with top names in the industry such as De Beers, Alrosa, Rio Tinto and Dominion Diamonds.

Chip off the old block 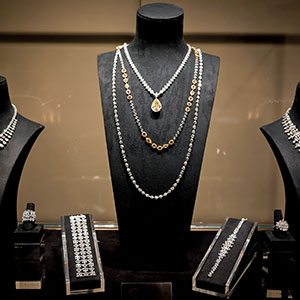 Sanjay Kothari started taking interest in the family business rather early, joining it formally in 1986. “I learned from scratch,” he says recalling his early days in the group. “Those were the growth years of this business and everyone had a training centre. I learnt the basics of the business, as well as different processes involved and then came back to KGK.”

Sanjay’s first major contribution to the group came by way of setting up a diamond processing unit in Mumbai, the objective being to augment the diamond business that his father had established. Emboldened, he next shifted base to Hong Kong to boost the group’s diamond sales and marketing operations in the Far East, mainly in Hong Kong, Taiwan, Japan, China, Korea and Thailand. This done, he was back to India, if only to start

the group’s jewellery manufacturing vertical by way of setting up jewellery manufacturing operations at SEEPZ (Santacruz Electronics Export Processing Zone), Mumbai and later in Hong Kong, China and Thailand, along with marketing centres worldwide. With the house’s growing repute under his leadership, in 1997, KGK was awarded a ‘sightholder’ status by the De Beers Group (the largest producer and seller of rough diamonds in the world), making KGK an authorised bulk purchaser of De Beers’ diamonds. 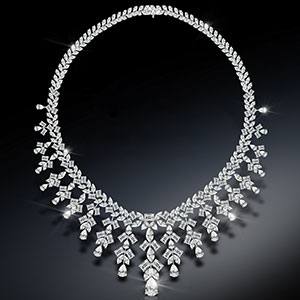 Having traversed so many roads, Sanjay is a seasoned businessman and jeweller today, whose never-ending quest to attain new milestones highlights the entrepreneurial genius of the family’s fourth generation. With his leadership qualities and patriarch Navrattan Kothari’s expert guidance, the group has emerged as one of the very few jewellers in the world who are involved in every step of the jewellery making process. Reflecting on the journey, Sanjay Kothari says, “The KGK Group is one of the few players in the world to be present across the value chain of the gems and jewellery industry. It has investments in primary gemstone mining in Africa and South America to ensure that the raw materials it uses in its jewellery are of a superior quality. KGK also processes these gemstones and has manufacturing units that bring out exquisite designs in jewellery for the global market. This integrated mines-to-brands operation helps the company extend great value to the client.” 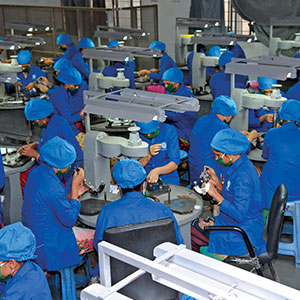 In the jewellery segment, KGK’s products cover the entire spectrum of the jewellery market. It offers impeccably designed collections featuring diamonds and gemstones in platinum, gold and silver settings; it manufactures mid-range, entry level and luxury products for various markets; it has manufacturing units in over seven countries and marketing offices across the globe; and offers a range of branded jewellery as well, including the group’s in-house brand Entice. 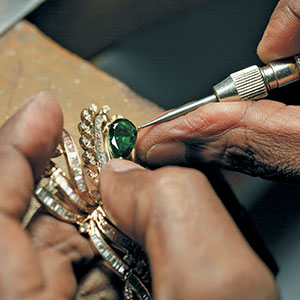 Talking about Entice, Sanjay Kothari says, “Entice was launched by the KGK Group at the turn of the millennium in Hong Kong to offer fine jewellery at incomparable prices—where each jewel comes with quality certification to endorse its value.” Entice was developed entirely in-house under the guidance of Sanjay Kothari’s wife, Manju Kothari (who is also its creative director). The brand boasts five stand-alone boutiques, spread across Hong Kong, Jaipur, New Delhi, Mumbai and Bengaluru.

So how big does all this make KGK? “The KGK Group has a global presence across 17 countries today and has evolved as one of the most preferred brands in the gems and jewellery space,” says Sanjay Kothari. “There are very few jewellers in the world who are involved in every step of the jewellery making process like KGK. It has a team of 12,000 members, and operations and offices in Asia, Australia, North & South America, Europe and Africa.” 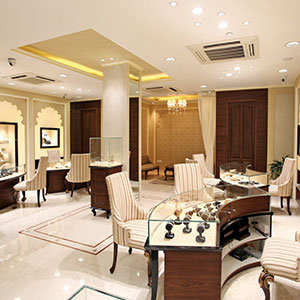 Away from the world of gems and jewellery, the KGK Group has also forayed into the real estate sector. Here again, the credit goes to Sanjay Kothari’s vision and initiative. “We have a base and now we want to create structures that stand out for their aesthetics and create aspiration value,” he says. Since 2010, the group has been engaged in large-scale realty development, its gamut of offerings spanning from residential and commercial properties to hotels, educational institutions, etc.

So far so good! But what about the future? In response, Sanjay Kothari says, “Since its inception, KGK has been consistent in its expansion benefiting the industry as a whole. In view of its achievements and strengths, the group plans to follow the same path in order to widen its global footprint, the core objective being to not only augment the business but also adhere to its commitment of giving back to the people and communities that make its endeavours possible.”

The spirit of giving 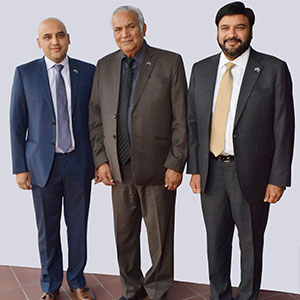 The KGK Group, accordingly is deeply committed to philanthropy. Among its social welfare initiatives include The Bhagwan Mahaveer Cancer Hospital and Research Centre (BMCHRC) in Jaipur. Established in 1997 and supported by KGK Memorial Trust, the 200-bed hospital provides advanced medical services to cancer patients in an environment that focuses on care, humanity and compassion. Further, the group’s Dreamz Foundation works to fulfill ‘one true wish’ of children aged between 1 and 16 years at BMCHRC, so as to be able to bring joy to them and also help boost their morale to fight cancer. It also has as all-women’s wing called Cancer Care.

To address the perennial issue of dearth of trained manpower in the gems and diamond industry, KGK has also established the Diamond Training Institute in 1988—now Diamond and Color Gemstone (DCG) Training Institute—where a number of well-structured courses are offered. The institute has so far produced over 4,000 experts. The group also is a key supporter of SS Jain Subodh Shiksha Samiti, a non-profit institute that provides education to more than 22,000 students in Rajasthan, through 19 institutions of every description. 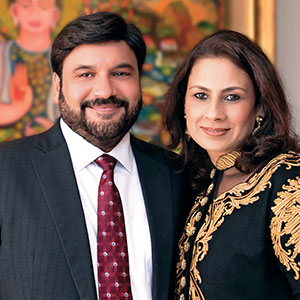 On the domestic front, while Sanjay Kothari’s wife Manju has been both a dutiful life partner and business associate; elder daughter Sukriti is happily married to Pragun Jindal Khaitan; younger daughter Shivika is into her first business venture, Meraaki Kitchen (after graduating in Hospitality Administration from Boston University in Massachusetts); and son Saransh is pursuing a degree course in electrical engineering from Boston University. 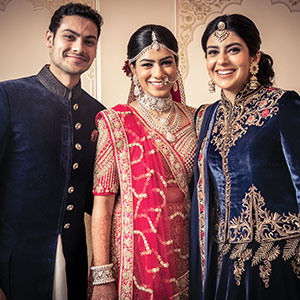 Leisurely hours see Sanjay Kothari admire art and listen to music, or reconnect with family and friends at family functions and celebrations. At the end of the day, however, he goes back to being the absolute workaholic that he is, who rates success by the ability of doing all those things that bring joy to life, one of which is to offer impeccable gemstones and sublimely beautiful jewellery.