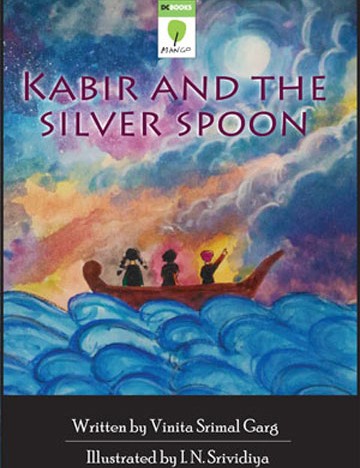 Kabir and the Silver Spoon by debut author Vinita Srimal Garg is set in a fictitious Rajasthani town and magical lands where nothing is what it seems. Brimming with liberal doses of fantasy, adventure and life lessons, the story will stay in the minds of young readers long after the book is closed. 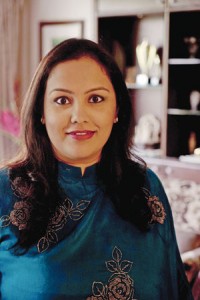 Many classic children’s books rely on adventure to draw young readers; others propel kids into a world of fantasy that enthrall the young mind. Vinita Srimal Garg’s debut book titled Kabir and the Silver Spoon is a brilliant combination of both, making it an engrossing holiday read for middle grade readers. The protagonist of the story, eight-year-old Kabir, goes travelling to Rajasthan with his mother and dog Hingoliya. Little does he know that this seemingly ordinary holiday will turn out to be anything but regular. From a time travelling journey through an enchanted land where floating lotuses, fantastical creatures and a singing river are commonplace, right up to a dangerous quest in a dark underworld, the book has all the ingredients to push the limits of a child’s imagination.

Seated in his ancestral haveli in his mother’s native town of Jamwana, Kabir is presented with a silver spoon by a gentle guard named Thakkarji. Kabir soon realises that the spoon is no ordinary piece of cutlery and that it has the power to communicate solely with him. As if this wasn’t strange enough, both the guard and the spoon address him as ‘Master’. When they find themselves slipping down an unused stepwell, Kabir and his dog enter the magical kingdom of Jamwant—a town that exists in a parallel universe altogether. His friends in this new land are Latooriya, a young boy with a chipped tooth who Kabir has seen before in his dreams, and a little girl named Nimki. 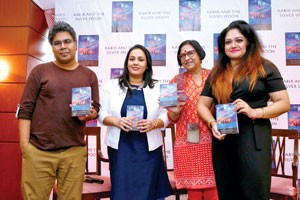 Kabir learns that in a previous life he was the prince of this town and that his return was highly anticipated. The group sets off on a series of unimaginably epic quests that begin with meeting the three wise men, but not before they come face-to-face with a terrifying five-headed serpent that transforms into a benign flying sea horse. They are to soon inch one step closer to accomplishing their mission—to bring back the wish-granting tree Tathastu, Jamwant’s national treasure that was stolen by the wicked and commanding king Maya of the land of Tataal Lok.

The story moves at a pace gentle enough for the reader to conjure up visuals during the reading process. Every chapter is vividly imagined, using carefully chosen prose. Supplementing each chapter are beautiful watercolour illustrations by artist I N Srividya that playfully depict various stages of Kabir’s journey. Each character is fleshed out to a tee, from the lovable Latooriya and the caring Nimki, to the matronly cook Kalpa and the group’s helpful friend Kanha, both of whom reside in the netherworld of Tataal Lok. 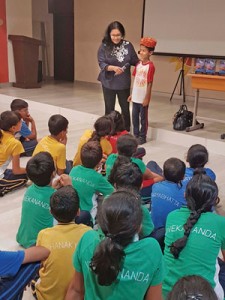 The book respects the intelligence of children, encouraging them to dive right into the complex nature of the story with its twists and turns. The author seamlessly interweaves Indian mythology into the rich prose, and yet the plot’s references to characters and places cited in the Mahabharata are subtle enough to not overshadow the universes that the author has dreamed up.

She does, however, borrow from her childhood holidays to Rajasthan, which is why we see so many iconic elements of the colourful state come alive in various instances across the story. Only the first 18 pages of the book are set in the real, but fictitious, town of Jamwana. Yet, we are inevitably drawn to the ornate nature of the haveli through Garg’s descriptive detailing of traditional Rajasthani motifs and intricate Meenakari paintings. A glossary at the end of the book offers more insight into Indian culture through translations of commonly used Marwari and Hindi words. 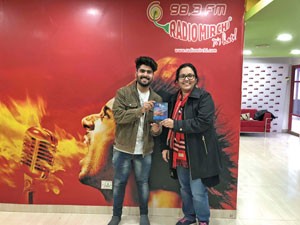 The camaraderie shared between Kabir and his friends is a tale of friendship at its best. The group of young kids looks out for each other through thick and thin. Even the antagonist of the story—the evil king Maya—turns out to be a compassionate person, who eventually aids the young friends in their bold quest. Peppered with lessons in values, ethics and good manners, the story leaves an indelible impression on the young mind.

At a time when technology is fast replacing the simple pleasures of childhood, reading books—in the fantasy genre or otherwise—is the need of the hour. Srimal Garg’s simple, inventive and richly imagined book comes at an apt time—perhaps as a gentle reminder of the importance of motivating children to immerse themselves in new worlds, which, in turn, will inevitably feed their imagination. ✲