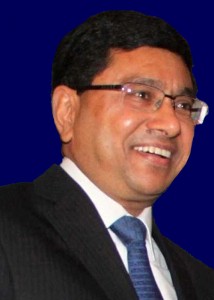 Sanjay Budhia, the vice-chairman and managing director of the Kolkata-based Patton Group, has been honoured with a nomination on the Samsad (Court) of the Visva-Bharati University, in Santiniketan, West Bengal. The university was founded by Rabindranath Tagore and boasts a string of illustrious alumni. This nomination, Budhia feels, will create an industry–institute interface that would augment assimilation of practical business insights in academics. Budhia holds important posts in several prestigious organisations including the Confederation of Indian Industry (CII), All India Management Association (AIMA) and the Kolkata Chapter of the World Presidents’ Organisation (WPO). He is also the Honorary Consul of Malaysia in Kolkata.

Mahavirprasad G Saraf, son of renowned philanthropist, Ghanshyamdas Saraf, and a dedicated philanthropist himself, has made it to the Limca Book of Records for the fourth time for gifting the city of Mumbai a record number of public benches. The ubiquitous three-seater RCC (reinforced cement concrete) benches and drinking water founts that one sees in the city’s public places are part of the contributions made by the Durgadevi Saraf Trust and Ghanshyamdas Saraf Trust that were set up by Mahavirprasad Saraf in memory of his parents. A retired businessman now, he continues with his philanthropic deeds through these trusts, which have set up more than 20,000 benches.

FUTURE GROUP UNVEILS AMBITIOUS EXPANSION PLAN
Future Group CEO, Kishore Biyani, has plans to take his retail business from the R1,700-crore entity it is now to a R20,000-crore giant by 2021. Unveiling his growth vision recently in the presence of the who’s who of corporate India, including Vedanta Group Chairman Anil Agarwal, Biyani proposed turning his retail goods company, Future Consumer Enterprise Ltd, into a consumer giant by scientifically mapping consumer trends, launching affordable, value-added products at an aggressive pace and extending reach through a combination of offline and online methods. In addition, he intends penetrating deep into the market through an extended network of 4,000 neighbourhood outlets of the group’s KB’s Fair Price (convenience and grocery goods chain), Nilgiris (South India-based supermarket chain) and Easyday stores. 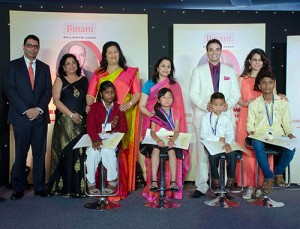 GHANSHYAM BINANI CHILDREN’S BRAVERY AWARDS
Six young brave hearts, including two teenagers who sacrificed their lives, were honoured by the Braj Binani Group with the 14th Ghanshyam Binani Children’s Bravery Awards for 2014. Each award entailed a cash prize of R51,000 (for education), a silver medal, a certificate of recognition and a citation. This year’s awardees were chosen from a total of 74 nominations from all over India. Mhonbeni Ezung, 6, of Nagaland, was the youngest awardee. Shaurya Veer Singh, 12, and Riya Chaudhary, 15, were awarded posthumously. The Ghanshyam Binani Children’s Bravery Awards have been instituted in memory of Late Ghanshyam Binani of Binani Industries.

ANSHU JAIN QUITS DEUTSCHE BANK
After spending 20 years consolidating Deutsche Bank’s position and turning it into a global leader in investment banking, India-born Anshu Jain, has resigned this June as the co-Chief Executive along with the bank’s other co-Chief Executive, Juergen Fitschen. Jain is said to have resigned over growing displeasure among investors and employees with the bank’s performance in recent years. The financial institution reportedly faces high costs, huge fines and money laundering charges. Born in Jaipur, Jain graduated from University of Delhi and then pursued his MBA from the University of Massachusetts in Amherst before joining Deutsche Bank in 1995.

News from the community

All things Great and Small

All things great and small