Home People First person Ahead of his Time 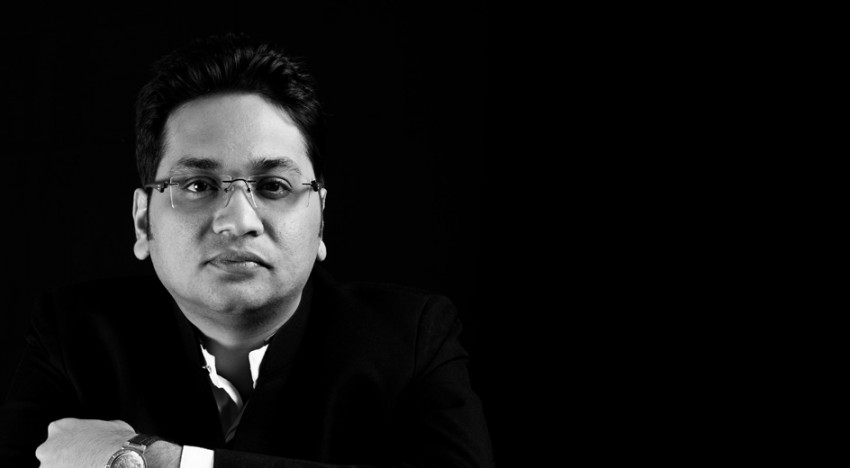 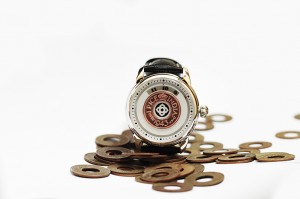 IT IS AMAZING HOW A TINY
machine can house one of the most important aspects of life: time. It is nearly impossible to go about a productive day without efficient timekeeping. A watch is a small instrument that basically ticks away and gives you a reading of time, but having undergone countless improvisations and innovations over the centuries, they sport every look imaginable and house myriad complications through the juxtaposition of technology and design.

A childhood fascination
My attraction for wristwatches goes back to a very early age. The first watch I owned was an HMT, a gift from my father at the age of 12. My enchantment with it was so overpowering that it made me open up the machinery and reassemble it. This was to soon turn into a hobby, as I started dismantling all subsequent watches. One day, during this routine disassembling of a watch, I happened to take notice of a couple of old coins—yet another of my passions—that were lying around. A creative impulse went through my mind and I wondered how my watch would look if I were to modify it by having one of the coins for the dial. I proceeded to do just this and later, when I walked into a get-together of friends with a shining dime showing instead of the regular watch dial, it received phenomenal attention. With this, the germ of the idea of assimilating coins in watches was born. 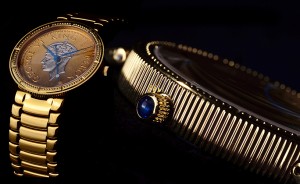 I have been an avid collector of vintage coins as well since childhood. The coins minted during the King George VI era especially intrigued me as King George was the last emperor of the British Empire and the first head of the Commonwealth of Nations. The currency minted during that era is remarkable and reminiscent of the economic, social, political and0-year-old one-rupee coins from the King George VI era (1939–45). This was a limited edition collection and we created only 300 pieces in the range. The collection also included the King’s Wristwear watch that incorporated the ‘one piece’ coin from the World War II era, when, forced by adversity brought on by the war, a hole was punched into the coin to bring down the minting cost. These ‘one pice’ timepieces are symbolic of the change that our country underwent during the time and bear witness to India’s transition from British imperial rule to a free country, in the aftermath of the tumultuous years of the Great War.

Given that most of the coins from that
era had undergone wear and tear, they were not suitable for use as watch dials. To ensure that our watches were impeccable in terms of material and craftsmanship, we started using only ‘Unused Condition Coins’ (UNCs). These coins were acquired from various numismatists, collectors and auction houses from India and around the world. The selection process was very stringent and only 30% of UNCs finally made it to our workshop. Further, these coins, being suscepti of Jaipur’s handcrafted jewellery and artefacts in our Crystal Watches.
These watches epitomise the regal aura of the city known for its beautiful gems and jewellery that once enjoyed royal patronage. 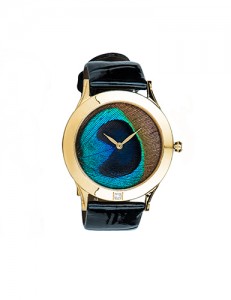 Bespoke luxury
I believe that luxury is about profuse personalisation. Therefore, we produce only limited editions, which necessarily redefine luxury by integrating heritage and history with swift watch movements.
Our bespoke watch collection accordingly is completely custom-made to fit the ideas of the buyer. Bespoke watch-making is an art aimed at materialising the vision of the customer into a timepiece that can be cherished as an heirloom forever. The process is extremely customer centric, as it requires working closely with the customer. Each watch resonates with the possessor’s characteristics and connotes its own story through the dial and customised watch backs and straps. We start by creating a handmade sketch so as to transform ideas on to paper and then our craftsmen work religiously with state-of-the-art technology to create the timepiece.

Towards a wider presence
Looking back, our gradual growth from one to a few watches and then a few more still has been interesting. In the meanwhile, we have been noticed by some of the most celebrated stores across the country who have chosen us as partners for fine watches. We plan to be present in all major cities in India soon—so as to cater to the tastes of the discerning with existing collections as also upcoming launches. Thereby, we aspire to earn recognition as India’s finest watch-makers and also put Indian horology on the global watch forum.