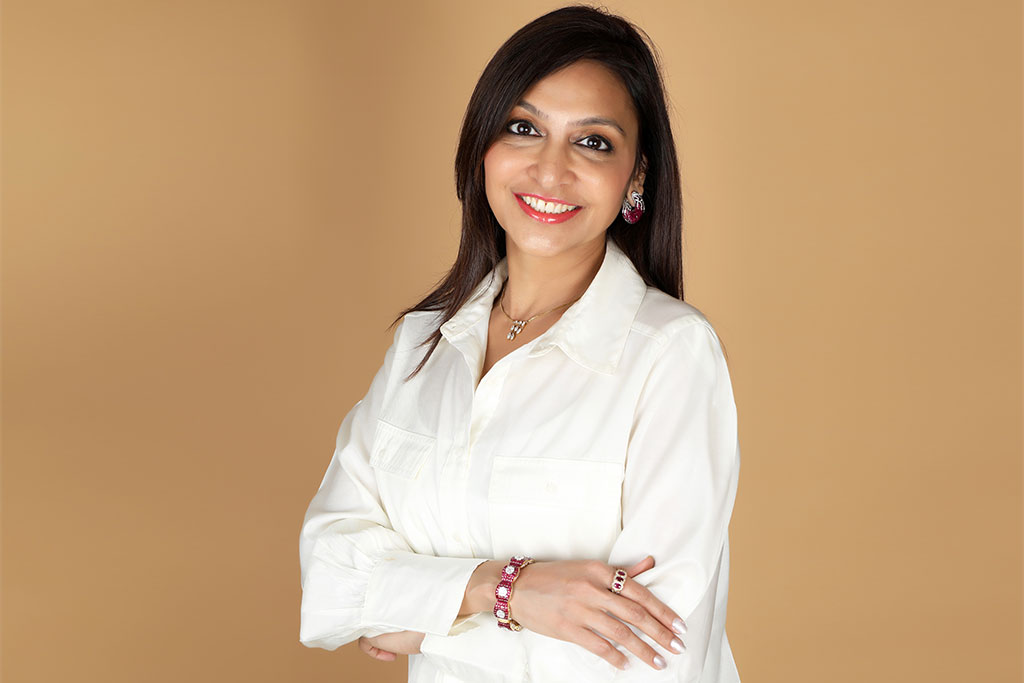 Shruti Mohta’s undying mantra of living life king-size is not only reflected in her work, but also in her love for nature, books, music, poetry and theatre. She believes that if we can enjoy all the gifts of life, then at the end, one should become a gift oneself and die king-size. Her foundation—Live Kingsize Die Kingsize, thus, has some of India’s topmost transplant doctors, doing pioneering work in this area. Dr Arpita Ray Chaudhury, Joint Director of ROTTO (Regional Organ and Tissue Transplant Organisation), the government body for organ donation in West Bengal, is also an advisor on the Board.

The Foundation also enjoys the support of eminent personalities from diverse fields, all of whom have pledged for organ donation as well—cricketer Kapil Dev, billiards player Geet Sethi, musical artiste Harish Bhimani, actor Bhagyashree, actor Suresh Oberoi, choreographer Shiamak Davar, singer Usha Uthup, author Chitra Banerjee Divakaruni and practising ISKCON monk Swami Nityanand Charan Das. In the recently released film ‘83, a video clip on organ donation by Kapil Dev and Shruti was played at every show—run after the interval, for a fortnight and pan-India, this was made possible by INOX Cinemas.

Although settled in Kolkata now, Shruti grew up in the Juhu area of Mumbai. She has a BCom degree from the Narsee Monjee College of Commerce and Economics. Her interest in healing and curing grew from a very young age, sparked by how her mother, a professional healer, helped a lot of people around her.

Shruti has been actively working towards creating awareness about organ donation since her daughter and she hosted their first event at the G D Birla Sabhagar, one of the premier auditoriums of Kolkata.

“I was invited to join the Bengal Organ Donation Society, of which I was a part for about two years. It was only in 2020, during the pandemic, that I actually founded the Live Kingsize Die Kingsize Foundation. People’s sensitivity was at an all-time high, having looked at the fragility of life up close,” Shruti notes. 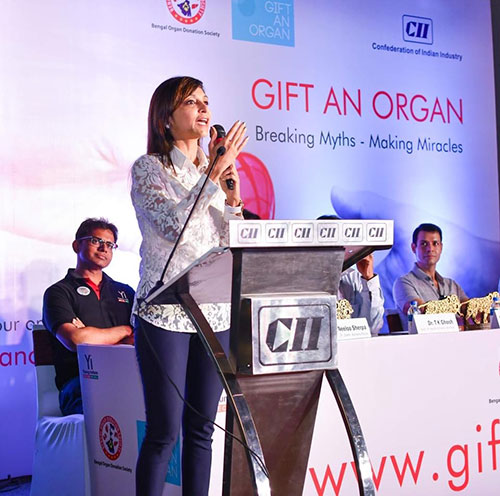 Shruti Mohta speaking at an organ donation awareness event organised by the youth wing of the CII, in Kolkata.

When someone is suffering from an end-stage organ disease or organ failure, sometimes organ transplant is the only hope of survival. It is a mind-boggling and remarkable achievement of medical science that has taken decades of research; and doctors say it is a greater feat than what a landing on the moon meant to space science. Shruti says that throughout her life, having experienced varied medical emergencies, she understands the importance of urgent healthcare and how organ donation pivots a big ray of hope in the life of a person undergoing a difficult medical crisis.

“Organ donation can be of two types—living or deceased (cadaveric). My foundation mainly promotes awareness about cadaveric organ donation. In the West, 90 per cent of all organ donations come from deceased donors and only 10 per cent from the living. In India, currently, it is the opposite and we are trying to reverse it,” she points out.

The foundation facilitates transplants indirectly in several ways. Primarily, it is through creating awareness about the subject and demystifying the many myths and doubts. 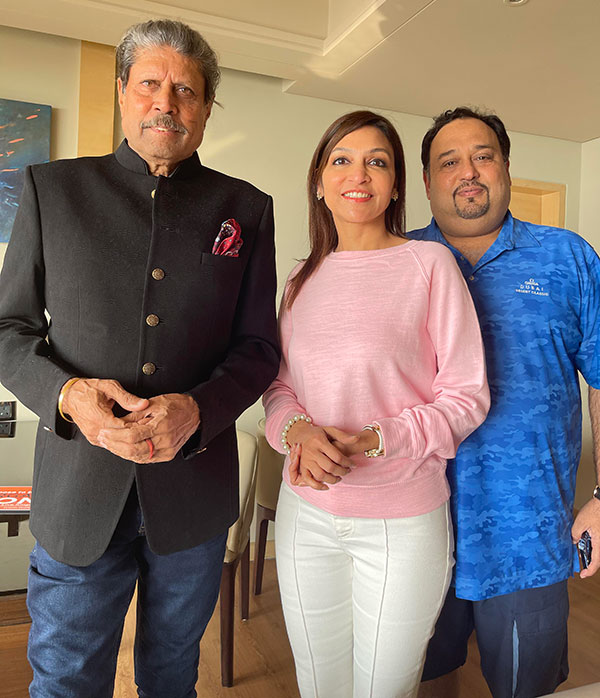 “The support from people has been overwhelming. People are not only appreciative of the work I am doing, they themselves volunteer to help in whatever way they can. All the members of the foundation are pledgers themselves and have put up video clips or pictures on social media to inspire their friends and family. Some members are recipients and have spoken emotionally about the anguish and helplessness of waiting for an organ for a loved one,” says Shruti. The youth readily embrace the idea as their minds are not clouded by superstition, she adds.

The Live Kingsize Die Kingsize Foundation has been formed with a one-point mission—to create awareness about cadaveric organ and tissue donation in order to save lives and improve the quality of life for many people. The name of the foundation itself stands to mean that if we can enjoy all the gifts that life has to offer, then why can we not become a gift ourselves? 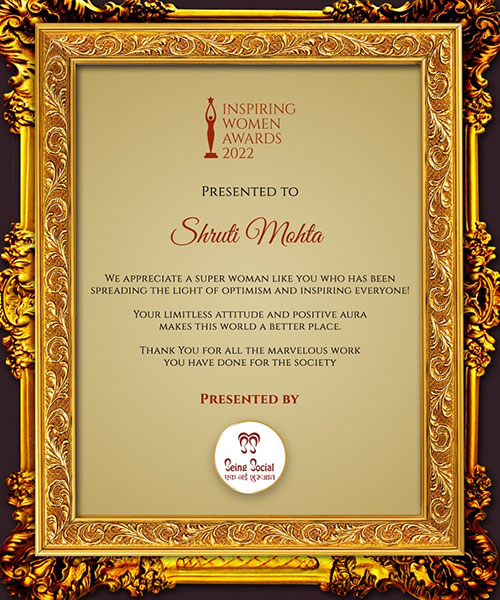 A TEDx speaker, Shruti has spoken on organ donation at various forums on invitation from prestigious organisations like the Chartered Accountants Institute, the Rotary Club, Kolkata Police and also at several educational institutions, cultural organisations, clubs and hospitals. She has been promoting awareness through social media, newspapers, radio and television, and in turn receiving thousands of pledges. Her dream is to usher in a social revolution so that in a few years no one needs to die for want of an organ.