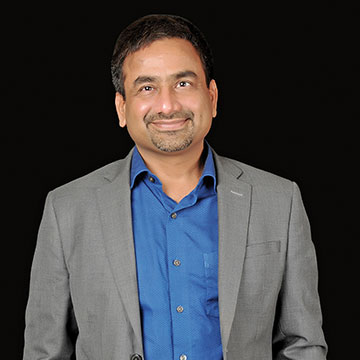 As the founder and managing director of Singhi Advisors, life has come a long way for Mahesh Singhi. Name, fame, wealth, growing influence—he has them all today! But it wasn’t always so.

Born into a family of simple means, Mahesh Singhi went to a dariwala school in Sirohi, Rajasthan—so called because students sat on daris, or mats—where his father taught. Considering his humble beginnings, the odds were against him, more so given his limited knowledge of English and his impaired vision in the right eye, but his superior intellect and studiousness helped him sail through school with ease, and then secure admission to Jaipur’s  Malaviya National Institute of Technology from where he emerged with a degree in mechanical engineering in 1984.

Through with academics, it was time for earning. “I started my career with LML Vespa as a trainee engineer, in Kanpur, where I used to earn `1,400 per month, working in rotational shifts,” says Singhi looking back. Lohia Machinery Limited (LML), had collaborated with Piaggio Vespa of Italy which was to revolutionise the scooter market in India.

The discrepancy in pay between trainees and factory workers and other stifling human resource issues at LML, however, were to soon leave Singhi a disgruntled man. So at the end of his stipulated year of traineeship, he had a war of words with his boss and quit.

Finding himself at a loose end, in early 1988, he parked himself in Nagpur, where his eldest brother ran an electrical wholesale trading store. “My brother was like a father figure despite being only four years older,” says Singhi. “He had financially seen me through engineering school and his work ethic reinforced my father’s values of hard work.”

Not one to quit or give in to mounting despair, he soon secured a job with Ferro Alloys Corporation Ltd (FACOR). But, again he was not happy. The engineering profession was beginning to stifle him. “The job as an engineer was monotonous: I used to clock in at 6:00 am and find myself performing mundane processes, day in, day out,” says Singhi.

The world of enterprise 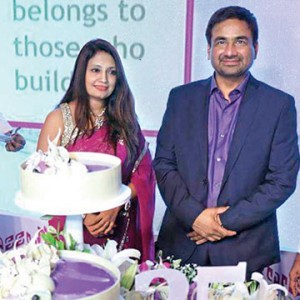 By the end of the year, he was once again on the move, this time headed for Bombay (now Mumbai). Incredibly, within a couple of weeks of reaching Bombay, he had teamed up with one Mr Luhadia to form ‘ConsulTeem’, a consultancy firm offering technical advice for setting up small-scale projects. Even though the net income at ConsulTeem was split between the duo, Singhi realised he was actually earning almost half of what he was, earlier. And this, once again, led to disgruntlement. It was around this time that realisation dawned upon him, or rather he was made aware, “and not too kindly”, that as a Marwari, he ought to be running his own business. “With that, I decided to venture out on my own. I was certain that advisory services was my calling in life and so on May 16, 1990, I started my own proprietary firm called Singhi & Associates, out of a tiny office at Masjid Bunder, Mumbai,” says Singhi.

Continuing with technical advisory for turnkey projects, he soon became aware that his offerings to clients seemed incomplete without enabling them with funding. This led him to align with chartered accountancy firms, the typical practice with most mid-market firms being to rely on their CAs for advice for purchasing assets and expanding business. This proved to be a monumental stepping-stone for the firm, with Singhi bringing them clients who needed help with syndication and funding and they, in turn, directing their clients to him for technical project advisory.

The next big break was a debt syndication of `25 lakh, which enabled Singhi to deal with only one lender for its near- and long-term funding needs. Soon after this transaction, he helped a company consolidate its short-term loans from several banks into a long-term loan from a single bank, thus using its current liability to fund future growth. “I think I was fortunate enough to work on these deals at a pretty early stage in my career because they gave me a glimpse of how financing can shape the story of a company,” says Singhi. 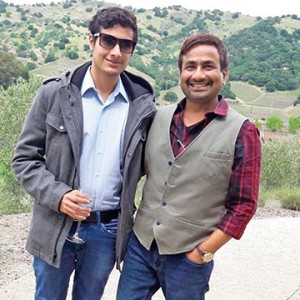 Singhi went solo for six years, and then it was time to consolidate his business, which called for team building. Picking up good talent, Singhi & Associates thus went on to become a team of six, closing no less than 100 transactions over the next couple of years, most of them in the technical advisory and debt syndication spaces. With additional hands, the company also began working with sick companies to help them sell their non-core businesses, while Singhi used the spare time available to him now to take the plunge into the finance advisory business. And this wasn’t confined to just fundraising but also included private equity, mergers and acquisitions, due diligence, loan syndication, turnaround management, working capital, project appraisal, etc.

Two very crucial deals in the meanwhile proved to be a major turning point in Singhi’s career in that they not only helped his company establish a sound reputation in the investment banking space but also to create a name for itself in the overseas mergers and acquisitions market. The first was the “next-toimpossible” acquisition of Salzer Textiles by Pioneer Embroideries Ltd; and the second—the very first cross-border deal for Singhi—was the sale of a pump manufacturing unit for Dubai-based Jumbo Group (founded by late Manu Chhabria) to Wilo AG of Germany.

After that, there was no looking back. By 2004, his firm had become a fully-fledged investment bank, that went on to open offices in Delhi, Kolkata Bangalore, Surat, UK, Mauritius and Australia. It also signed a number of deals and brought about a series of additions, which required the company to hire top-level professionals and increase its strength to over 30. 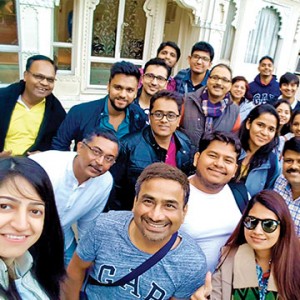 Moving on, in 2006, Singhi & Associates repositioned itself as Singhi Advisors and formed an alliance with Mergers Alliance, a network of 20 independent leading investment banks from across the globe that operated through 50 offices in 20 countries. The move helped Singhi find himself uniquely positioned to offer clients an international platform, seamless service and enhanced access to global opportunities.

Much water has flowed under the bridge since then and today Singhi Advisors is a global investment banking firm, with total transactions valuing over US $5 bn. “I have spent over two-and-a-half decades in the corporate advisory and financial services sectors, building up Singhi Advisors from ground zero to one of the leading M&A advisory firms in India,” says Singhi with apparent pride.

As for future plans, Singhi looks to choosing a promising path from the myriad choices that his company enjoys, thanks to its expertise in so many areas of the economy. The path that he finally will take remains to be seen, but having come thus far from the dariwala school he attended in Rajasthan, there is no doubt that there’s lots more to come.