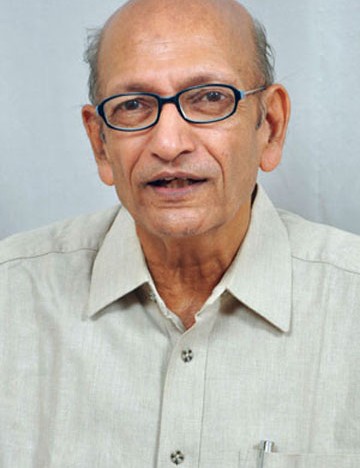 A Possible Common Identity of Prophets

Dr Bharat Jhunjhunwala began his professional career as an assistant professor of Economics, at the Indian Institute of Management, Bangalore, after acquiring his doctoral degree in Food and Resource Economics from the University of Florida in 1973, at the age of 23. Having taken to writing later, he penned books on diverse topics such as Political Economy of Rig Veda and Ramayana; Varna Vyavastha: Governance through Caste System; Welfare State and Globalization: A Critique of Amartya Sen; and Traditional Agricultural Technologies of the Thar. 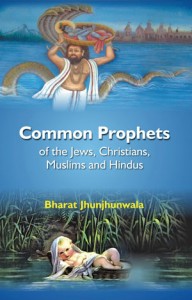 Dr Jhunjhunwala has also undertaken extensive studies of economic impacts of hydropower dams and has published three books on the topic: (1) Economics of Hydropower; (2) Economics of River Flows: Lessons from Dam Removals in America; and (3) Water: Impact of Dams on Its Qualities. These apart, he has been working for the conservation of River Ganges and has filed cases in the Supreme Court on the matter and argued them in person.

Dr Jhunjhunwala is a freelance columnist and
writes a weekly column on political economy that is published in about 40 newspapers. He was awarded the Nachiketa Award by the then Prime Minister Atal Bihari Vajpayee in 2002 for outstanding contribution to economic journalism.

We bring you a Q&A with Dr Jhunjhunwala:

When did you take to writing and why?
I ran a paper factory after quitting teaching. I was jobless after closing the factory. I had to take to writing under duress because there was no other option.

You are also a regular columnist. What do you write on and where are your articles published?
I write on economics with a social orientation. My articles are published in about 40 newspapers, in 10 languages
in India.

What inspired you to write Common Prophets of the Jews, Christians, Muslims and Hindus, which is different from your previous works?
I was visiting Pushkar and found that four rivers flowed from here in four directions. That set me thinking whether the Garden of Eden mentioned in the Bible may be located here. My curiosity was aroused and I wrote this book.

To substantiate your views, you have drawn upon geographical and genealogical details from the scriptures and supported them with archaeological evidence. Please tell us a little more.
The geographical descriptions given in the texts are most reliable because they impinge upon theology the least. Thus, I have relied upon them to establish the common identities of the Prophets.

Apart from economics and writing, your interests also spill on to other areas like archaeology and conservation of the Ganges. Please tell us a little about these.
I started living in Uttarakhand on the banks of the Ganga in 2003. I was pulled by Mother Ganga to work for her conservation.

What do you plan to write next?
Maybe on the common original theological constructs of the Semitic and Hindu religions.

Tell us a little about your family
Me and my wife Madhu have two daughters. Both are happily married. We two live in Uttarakhand on the banks of the Ganga.