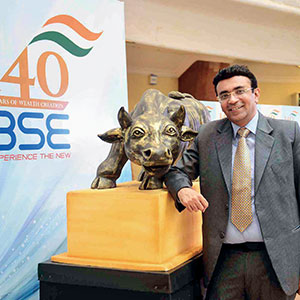 Common sense, intuition and taking the right business decisions are Sanjay Kumar Jain’s forte. These, along with his courage to face the unknown, are what have helped him address the most difficult challenges as the managing director of T T Limited. The flagship company of the T T Group—a business that was founded by Dr Rikhab C Jain in 1970—it has diverse interests that span from agro-commodities, cotton and yarn to fabrics and garments, a presence in the textile value chain and across different distribution channels.

Sanjay Kumar Jain has his roots in Rajgarh, in the Churu district of Rajasthan and is currently based in Kolkata, where his father had relocated for better education and work opportunities. It was not long before Jain’s father moved to England together with his wife to pursue his Fellowship of the Royal College of Surgeons (FRCS). It was here that Jain and his sister were born. The family, however, returned to India in 1975—when Jain was in the second grade— after his grandfather suffered a heart attack.

Giving himself a sound education

Endowed with superior intellect, Jain was consistently a good performer academically. Having stood first in his Class 12 board exams from

La Martiniere for Boys, Kolkata, he proceeded to St Xavier’s College, Kolkata to pursue his BCom (Hons), while simultaneously studying cost accountancy and company secretaryship and chartered accountancy as well! He went on to earn all-India 1st and 4th rankings in the intermediate and final exams of cost accountancy (ICWA) respectively, before passing his Bachelor’s exams in 1991, ranking 13th from the University of Calcutta.

Even today, Jain’s eyes sparkle with pride as he says, “I was the first student in my college to acquire a cost accountancy qualification a year before completing my graduation!”

Jain, who always wanted to be an entrepreneur, then decided to join Indian Institute of Management Ahmedabad (IIMA) for an MBA, soon after appearing for his company secretary finals, while doing his summer internship. At IIMA, he ranked first and was awarded a gold medal by the then prime minister of India, P. V. Narasimha Rao. He was also honoured with a gold medal as the best all-round student here.

Entry into the corporate world

Done with his MBA, Jain stepped into the corporate world, joining ICICI Securities (then a joint venture firm between ICICI Bank and J P Morgan Bank) as an accounts manager in the corporate finance division, in 1993. Here, he handled fundraising, mergers and acquisitions (M&A) and issuance of GDR for the Tata Group. Recalling those days, Jain says, “At ICICI Securities, I was responsible for the first GDR issue that was conducted solely by an Indian investment bank.” He quit, anyway, after four years and launched Gangour Investments, an equity brokerage firm, in 1997. In the same year, the opportunity of a lifetime came knocking for

Jain when he got to join T T Limited as a director. Five years later, he sold the equity business and accepted the full-time position of executive director at T T Limited and was later promoted to the post of managing director in 2010. And in the years since he has joined the company, the turnover has grown by leaps and bounds, taking the overall figure from `45.02 crore (in 1995-96) to `517.90 crore (in 2017-18), and the market presence has expanded to 65 countries across the globe. 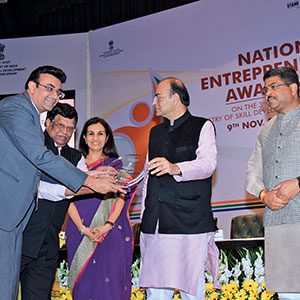 According to Jain, a whole new world opened up for T T Limited when the Bt-cotton revolution led to a dramatic increase in production across the cotton-producing states in India. Genetically modified to make it pestresistant, Bt-cotton had been approved for cultivation in the country in 2002, and thereafter, it took over most of the acreage under cultivation. Speaking about an important decision that his company took in those days, Jain says, “Keeping in mind this surplus output of cotton, we became the pioneers of cotton exports from India [from the company’s cotton processing unit in Gondal, Gujarat] in 2004.”

Started initially as a manufacturer of undergarments under the name ‘T T Industries’, the company—which was renamed ‘T T Limited’ in 1998—next turned its attention to different avenues in order to expand its operations. In 2006, state-of-theart ginning factories (for treating cotton in a gin) and oil mills were set up in Gondal and Rajula in Gujarat. Down the years, as part of its sustained efforts to keep abreast of changing times, the company has undergone a series of upgrades including the establishment of wind turbines for captive consumption in Gujarat and Tamil Nadu. Then in 2010, T T Limited ventured into online retail by starting an e-commerce portal for its products. 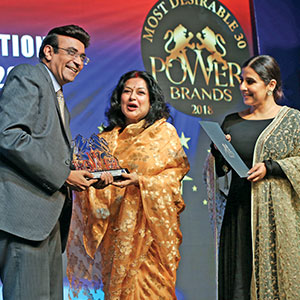 model involves consolidating multiple steps in the typical distribution process, so that instead of operating solely as a distributor, manufacturer or retailer, the business also performs tasks typically carried out by suppliers or trade buyers.

T T Limited has also woven differentiation into its culture, and according to Jain, the company has always been at the forefront when it comes to embracing the latest trends and systems. “We were the early adopters of computers and enterprise resource planning (ERP). We were also the first knitwear company to be publicly listed in India. Lastly, we have always believed in being lean [a concept wherein businesses eliminate waste to use less capital and fewer resources],” he says. All this has helped the company to not only deliver value to customers, but also make a name for itself in the industry. Jain says, “The textile industry, particularly spinning, has not seen a proper boom cycle for the last 20 years, yet we have been able to swim and make the company a reputed leader.” 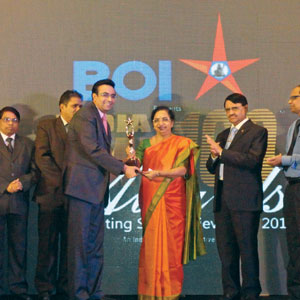 Apart from leading T T Limited, Jain also serves as a mentor and jury member in different editions of The Economic Times Power of Ideas and as a mentor at the MentorEdge programme of IIM Ahmedabad’s Centre for Innovation, Incubation and Entrepreneurship (CIIE) and Global Social Benefit Institute (GSBI) of Santa Clara University’s Miller Centre for Social Entrepreneurship, amongst others. Further, he is the chairman of

Confederation of Indian Textile Industry (CITI), Northern India Textile Research Association (NITRA) and Textile Sector Skill Council (TSC). He is also the vice president of Federation of Hosiery Manufacturers’ Associations of India (FOHMA) and West Bengal Hosiery Association, and a committee member of other industry associations including Cotton Textiles Export Promotion Council (TEXPROCIL), Cotton Association of India (CAI), National Skills Development Corporation (NSDC) and Southern India Mills’ Association (SIMA). Jain also loves to travel and meet people and has explored 56 countries till date. Otherwise, he speaks on a variety of topics at events, writes articles, and is, in fact, in the process of penning down his experiences in a book.

Jain also believes in doing something new and different, thinking out of the box and being an ‘open-eyed dreamer’. He says, “For me, the dreams never end, and so I never feel quenched enough.”

The spirit of giving

In this journey to name, fame and prosperity, the plight of the less fortunate has not remained lost on Jain. He is actively involved in the work of social organisations like Lions Clubs International, Jain International Trade Organisation (JITO) and Terapanth Professional Forum (TPF). T T Group, too, is involved in CSR activities. Jain conveys, “Our managed hospital in Rajasthan has recently completed 25 years of service to humanity.” Given his desire to impact the sculptors of tomorrow, Jain is also involved in an education related initiative called ‘Udaan’. “I feel that the biggest resources within me are a balanced mind, knowledge and logic. I have always tried to share these by mentoring start-ups, and students and women from all walks of life,” he says. 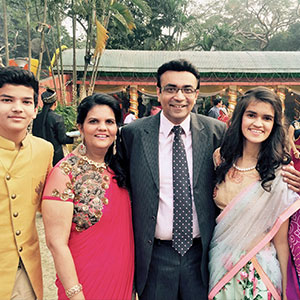 On the home front, Jain has wife Jyoti by his side, who has not just been a life partner to him but also a business partner (She is the joint managing director of T T Limited.). “Jyoti balances her work, home and social responsibilities wonderfully, and I envy her for her energy and multi-tasking skills,” he says with pride. As for his children, while daughter Muskaan (20) is pursuing a Bachelor of Business Administration and Company Secretaryship, son Hardik (16) has just completed his Class 10.

The road to the future

Coming back to T T Limited, Jain looks to a 25-30 per cent YoY growth for the company over the next 3-4 years. “We are also undergoing a restructuring exercise in order to shift the focus from our commodity-based, cotton-and-yarn business to the value-added, low-beta branded garment business under our flagship brand ‘T T’,” he says. He also has a clear vision of making the brand a household name in the innerwear and casual wear spaces and one of the top three brands on a national level overall. Further, plans are underway to increase the company’s exclusive ‘T T Bazaar’ brand outlets from 50 currently to 500 in the next three years.