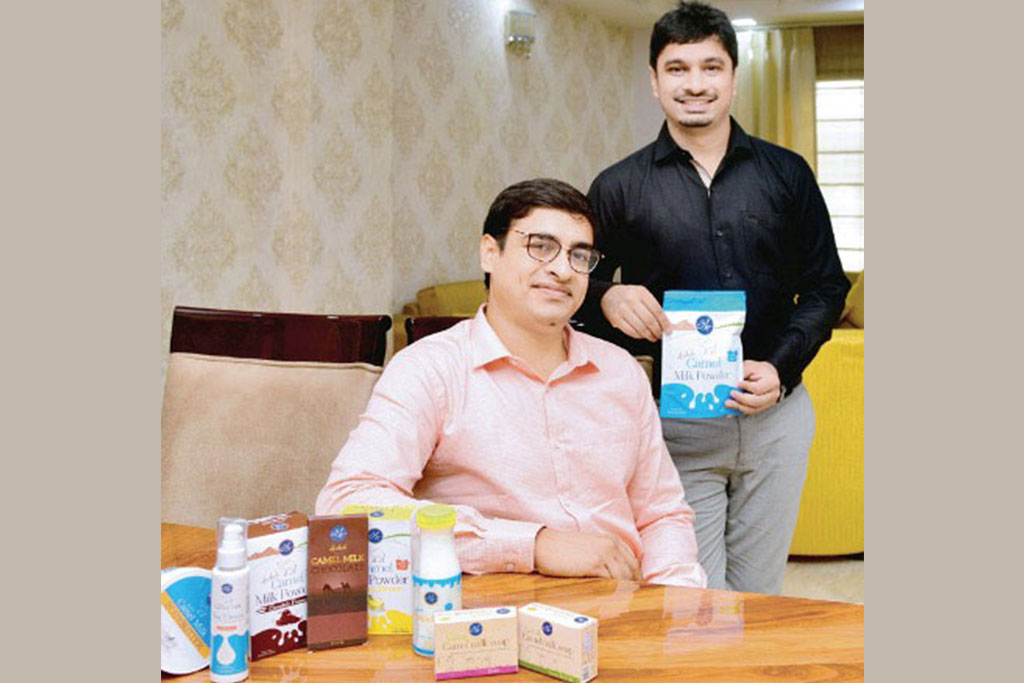 Today, as the world moves towards a healthier lifestyle, a number of new foods are being explored. Among them is camel milk, and Hitesh Rathi’s Aadvik Foods taps this unique space.

Speaking about what inspired him to start Aadvik Foods, Rathi, who graduated in civil engineering from Punjab Engineering College in 2012, says, “I hail from Rajasthan, the camel state, where the population of camels has been on a decline for the past many decades, as camel herders do not have any source of income. That was the inspiration behind Aadvik Foods. I realised that there could be a market out there for camel milk, although it was largely untapped at the time.”

Starting to work on the idea of producing and marketing camel milk in 2015, he finally launched his brand in 2016, but within four months, he realised that it was close to impossible to look after everything—sourcing, packing, delivery, content and marketing—single-handedly. Thus, he joined hands with Shrey Kumar, an alumnus of the Indian School of Business, who had been introduced to him by a common friend and, who, at the time, was working with JK Lakshmi Cement. Having spent years in their respective jobs, Rathi and Kumar decided to explore the organic food market and bridge the gap between the farm-to-table model.

Today, Aadvik Foods procures approximately 10,000 litres of camel milk every month, having sold more than two lakh litres in the last three-and-half years. At the plant, Rathi and Kumar have incorporated new technologies such as the freeze-drying process to manufacture milk powder—without compromising on its quality, taste, flavour, minerals and nutrients.

Aadvik Foods offers an array of other products besides, such as frozen camel milk, milk powder, chocolates and also skincare items, including soaps. In addition, they sell cow ghee, goat milk and goat milk-based products. While the response has been good across various product categories, the traction for camel milk chocolates and camel milk skincare products has been the highest.

Explaining the demand for camel milk, Rathi notes, “Camel milk is rich in minerals and nutrients. According to researches, it has 10 times more iron and three times more vitamin C than cow milk, and hence helps in the overall growth of the body. Also, it contains a protein that acts as a natural insulin, and hence helps people suffering from diabetes. Thanks to all these benefits, it is being considered a super food, and consumers across India and abroad have successfully accepted and moved to camel milk and camel milk powder.”

Moreover, as per Government of India data, India’s camel population has been on a decline for the past two decades because of a lack of regular income for camel farmers. But, thanks to Aadvik Foods, it has been able to create a market for camel milk in India, and now many camel farmers have a regular source of income. 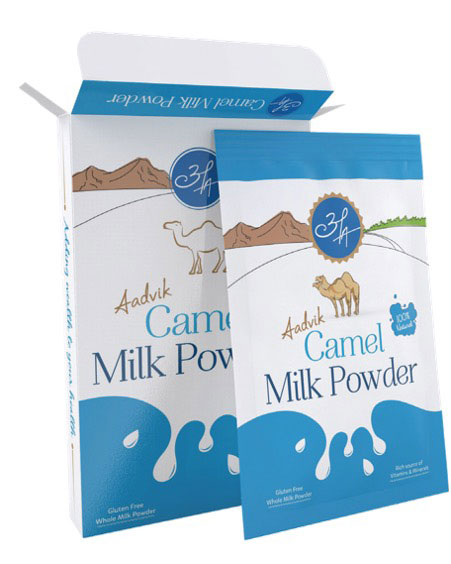 Asked about future prospects for camel milk and Aadvik Foods, Rathi says, “Although the camel milk market is at a nascent stage, it is expanding rapidly due to the increasing awareness of its benefits. Alternate milk, such as goat and camel milk, is expected to increase to five per cent of the total dairy consumption in India.” Substantiating his optimism with market data, he adds, “The value of the dairy market in India touched ₹9.16 lakh crore in 2018 and is expected to more than double to ₹18.6 lakh crore by 2023. The camel dairy market is expected to grow at a CAGR of 8.01 per cent between 2019-24, to be worth more than US$ 8 billion by 2024.”

Aadvik Foods’ current turnover may though be a modest ₹4.5 crore, in the next two years, the duo aims to increase sales to more than double of the current figure. Also, Rathi notes that they would like to reduce the cost of camel milk and milk products, so as to make it more affordable, given its growing number of customers.

Currently, Aadvik Foods is available in Delhi, Bengaluru, Hyderabad and Chennai through direct home deliveries and at select retail outlets. The products are available online too, on the company’s website, as well as a host of other e-commerce platforms such as Amazon, Flipkart and Snapdeal, to name a few.