In an exclusive interview with MARWAR, Mame Khan opens up about his inspiration, his plans and everything musical.

The Ranthambore Music & Wildlife Festival 2019 promoted by Believe Entertainment, is all set to take place at the Nahargarh Palace in Ranthambhore from December 27 to 29, 2019. An out of the world experience, the festival is a medley of music, amidst nature against a historical backdrop.

An intimate and crafted affair, the festival will bring together some of India’s most cutting-edge music performance acts as well as an exciting mix of genres ranging from folk to rock, jazz, rap and electronic. This year will feature performances by Peter Cat Recording Co., Mame Khan, Naezy, Arko Mukherjea Collective, Lifafa, Rasika Shekar and others.

Through the festival, guests are encouraged to explore Ranthambhore and its surrounding nature and history through safaris, guided tours and bicycle expeditions. And if that’s not all – Festival-goers can also spend the day engaged in local handicraft workshops like Block Printing and Pottery. Participate in a workshop on photography by wildlife organization Tiger Watch and shop at the local handicrafts market.

The Folk Star of Rajasthan

Mame Khan will grace the Ranthambore festival on the 28th of December. 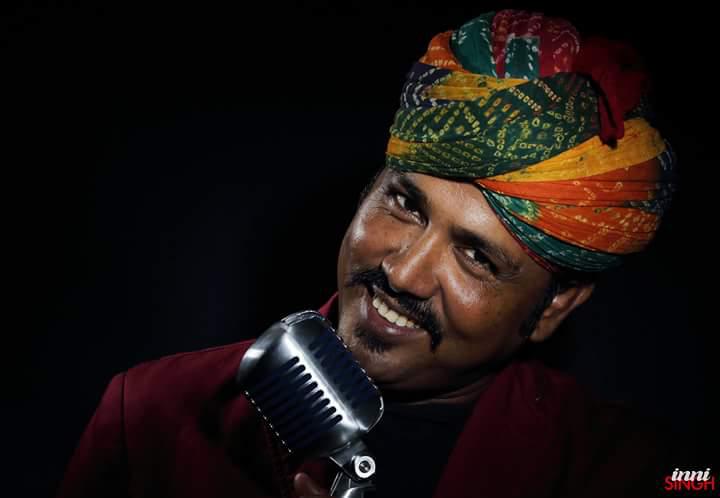 A voice that sings the soulful tunes of folk, from the golden Thar Desert to the screens of Bollywood is reviving the art of Rajasthani symphony. The name behind the popularization of the ancient art form is none other than Mame Khan. From an exceptional live performer to a fabled playback singer, Mame Khan’s euphonious voice has made the unheard tunes an inseparable part of a millennials’ playlist.

Today, Mame Khan’s wide repertoire includes Rajasthani traditional folk and sufi songs. Khan’s vibrant Coke Studio performance with Amit Trivedi, his works in movies like “Luck By Chance”, “No One Killed Jessica” and his dynamic live performances have earned many accolades to his name. His unique compositions, experimental style, vivacious persona, a zest for creativity and his skill of blending the traditional with the modern has made Mame Khan- The Folk Star of Rajasthan.

1.Your soulful voice has reached corners of the world. Where do you gather inspiration for your creations?

“Our rich Rajasthani Folk culture is full of inspiration on its own. I learned so many songs from my father late Ustad Rana Khan that a lifetime is too short to record all of them. I also draw lots of inspiration from jamming with my musician friends. And sometimes a tune, a melody just comes in my mind and I start working on it.”

2.You have been performing from a young age, how would you describe your first ever performance?

“As musical training in our community starts very early, I may not even remember my first concert. Since childhood I was playing and practicing music. But one thing has not changed since my early performances till date is  my keen interest to learn  more about music and to practice my skills every single day. The passion for what I do is the driving force behind all I do.”

3.Apart from being a vocalist, what instruments do you enjoy playing?

“My voice is my favorite instrument 😉 but as you might know I stared my musical journey as a percussionist and till date I love the sound of Dholak and Kartal.” 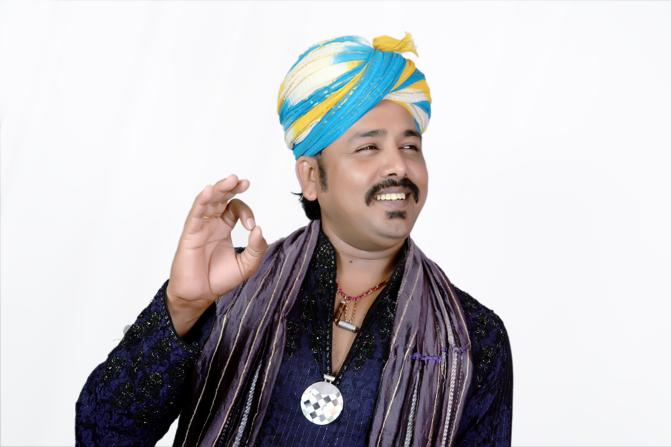 4. Your globally known live set “Mame Khan’s RockNRoots Project” has toured the world and graced all major festival stages in India, tell us something about it:

“Yes, this is my soul project to be honest. The idea behind this live band is to merge our traditional Folk roots with some western and modern vibes, still deeply rooted in Rajasthan. For me it is very important to keep our Folk heritage alive, but at the same time I enjoy creating modern fusion sounds for the 21st century audience. Along with my live set I also keep publishing my own recordings and projects under the label ” Folk Phonice” and it is amazing to see how the internet helps to reach out to a new and young audience.”

5.Your father Ustad Rana Khan was also a vocalist, how has he influenced your music and your journey?

“What I am today, I owe it to him. He has been the biggest influence in my life when it comes to my musical training. There is not a single day I don’t thank him in my heart for the legacy he has left behind, and I do carry his memory and songs on all my ways.”