Home People Profile A business with a heart 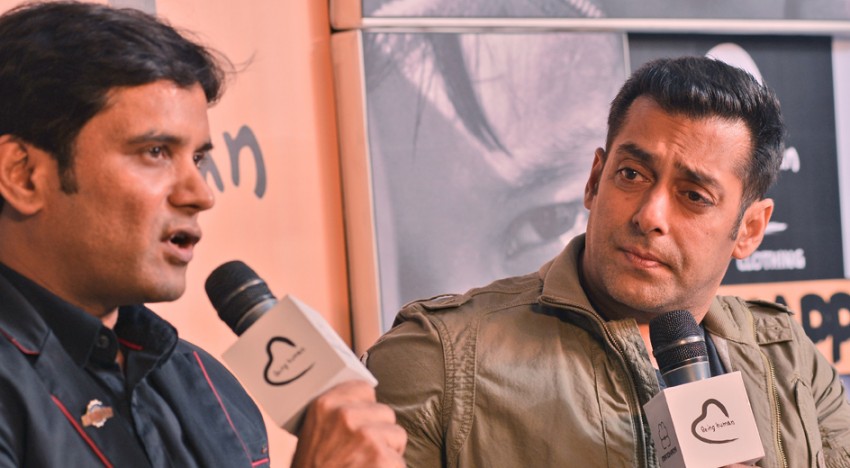 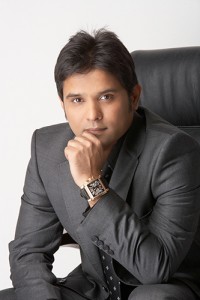 MANDHANA INDUSTRIES IS A global player in high street fashion today with significant capabilities in garment manufacturing, yarn dyeing, weaving, fabric processing and an impressive turnover to show for it. It has branch offices in New Delhi and Bengaluru, a string of state-of-the-art manufacturing facilities and garments units—this includes two weaving units, two processing units and one garment unit in Tarapur, in Palghar district, Maharashtra; five garment units in Bengaluru; and one garment unit in Baramati, in Pune district, Maharashtra—and its clientele include leading global and Indian fashion brands such as Armani, French Connection, River Island, Tommy Hilfiger, Zara, Banana Republic, Marks & Spencer and GAP. But things were not always so rosy. 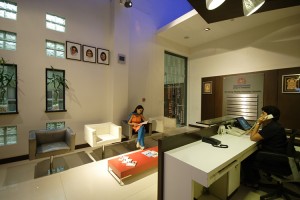 From Nagaur to Bombay
Like so many founding fathers of Marwari businesses, the founders of Mandhana group too began with their journey in a humble way, when brothers Chhaganlal and Shankarlal Mandhana left their home in Nagaur, Rajasthan, and journeyed to Kolhapur in Maharashtra, where they started a modest textile trading business in the year 1950.
Three decades later, sensing better opportunities in Mumbai (then Bombay), clansman Purushottam C Mandhana and his brother Biharilal C Mandhana (who had just moved in with his family from Bhilwara) decided to set shop in Bombay, which led to the inception of Mandhana Industries in 1984. Initially confined to dealing in suiting, shirting and saris, the business soon diversified into fabric processing, taking the company turnover to R60 crore in a matter of years.

The turning point
A few years further down the line two major developments took place that proved to be a watershed in the history of Mandhana Industries. The first was the entry of the third generation into the business, in the persona of Biharilal Mandhana’s son, Manish Mandhana in the late eighties. Manish Mandhana’s foresight and innovative approach saw to the addition of ready-made garments to Mandhana Industries’ business portfolio. The second was a division of the Mandhana group’s overall businesses in 2002, which saw one pocket, constituting brothers Purushottam and Biharilal Mandhana, taking control of Mandhana Industries, and the others taking over other businesses of the group. Recalling those years, Manish Mandhana says, “Once we had the family division, my uncle [Purushottam Mandhana] and I became the torchbearers of the business, and we started the whole process of building the company. We came out with a successful IPO [Initial Public Offering], then we invested, then we created a lot of manufacturing units.”
Earlier, the Mandhanas would deal in suiting, shirting and saris only and the company had a very traditional kind of functioning. But all that changed with Manish’s innovative concepts and approach. “When I personally entered the business, I kind of modernised the whole process by building new plants, new machinery, new technology and getting in the right talent for the company. I also started the apparel exports business,” says Manish. 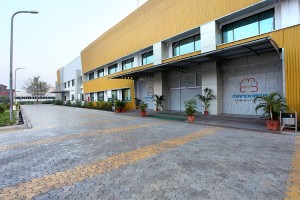 Up the rungs of success
The entire process, however, was easier said than done, but having gone through the rigorous process of joining the business while still in college and steadily working his way upwards from the shop floor, helped Manish in handling these more serious responsibilities. Starting the apparel business in particular was trying as he had to train himself in a small set-up at Lower Parel (where the Mandhanas had their previous office), before he could get down to setting-up his garment manufacturing unit. “I was the designer, I was the merchandiser, I was the seller and I was the buyer in those days. I even packed cartons and loaded them onto trucks, so I have been through the grind,” he says.
An additional poser was marketability of the products, as in those days there were only three or four brands in India which ruled the roost and there was no concept of ready-mades. “There were no malls and people hardly bought ready-to-wear garments,” Manish says. “But I could see that the future lay in ready-made garments, rather than the trend of buying fabrics and getting them tailored continuing.” And that kept him forging ahead, even looking beyond the country to market his products.
As a first step towards creating an overseas market, Manish went on a prolonged trip to Paris in 2005, setting up a showroom-cum-office in the heart of the fashion capital, where customers from all over Europe could come and see their products. The move paid off with orders trickling in, but as with most start-ups, mistakes were made and lessons learnt and today Manish is all the more wiser because of them. Six years later, the Paris outlet was closed down, but by then the Mandhanas had a firm grip on the French market with some of the most marquee and foremost brands of Europe as their customers.

Philanthropy in business
The Mandhanas’ product portfolio include multi-fibre ready-made garments for men, women and kids, dress materials, textiles and fabrics (sold through distribution channels or the Mandhanas’ “nomination business” where reputed brands such as Marks & Spencer and Banana Republic, etc, tell their vendors to buy fabrics from the Mandhanas). All of these businesses, however, pale in comparison to Manish’s latest and favourite venture: retailing the Salman Khan Foundation owned ‘Being Human’ brand of clothing, for which the Mandhanas hold exclusive manufacturing, distribution and marketing licence globally. With a presence in 17 countries and 500 points of sales, it counts among the fastest growing brands in India. Not only does it generate enough revenue for the royalty that the Mandhanas pay to Salman Khan’s charitable trust, but lots more to make it their most prized business yet. And all this within a brief span of three years!
But business considerations apart, ‘Being Human’ has also been an eye-opener for Mandhana Industries, as it has infused an element of humanity and philanthropy which has changed the flourishing company’s overall outlook towards business. Reflecting on it, Manish Mandhana says, “We have achieved a huge milestone with Being Human, and the business is also being appreciated because it’s one of the most successful examples of a charitable business converted into commercial success. In addition, the satisfaction of creating a business that reaches out to many people and changes lives is really fantastic.” In that, Mandhana Industries sees itself as a business with a heart.

Beyond the office
Manish’s second passion, after business, is health and fitness. A self-professed “health freak”, if he’s not working or thinking of new ideas, he’s either exercising at the gym or jogging or watching a cricket match. Beyond that, he likes to balance his life with frequent leisurely trips, each time to a new destination, to explore new cultures, new ideas, or even new businesses. As an adventure sports buff, he also dedicates at least one yearly trip for a routine fix of adrenaline rush and has taken part in almost every daredevilry including skydiving, bungee jumping and scuba diving.

The road ahead
But, once back from holidaying, Manish is at it again, thinking of ways to take Mandhana Industries to greater heights. As the managing director of the company and the second in command, the next on his agenda is expanding retail activity, creating new retail ideas and also bringing in foreign brands—which he feels will create opportunities for a healthy exchange of ideas—to India through joint-ventures and collaborations.
He also envisages a turnover of at least R5,000 crore within the next five years and, in keeping with his philanthropically-motivated business approach, creating more employment opportunities. His greatest motivator in this respect is the success of the ‘Being Human’ brand which has convinced him that life is not just about doing business but also ensuring it impacts lives around you by contributing towards betterment of the society and the environment. In that, he feels, lies a satisfaction that is way bigger than laughing all the way to the bank with a fat bottom line.