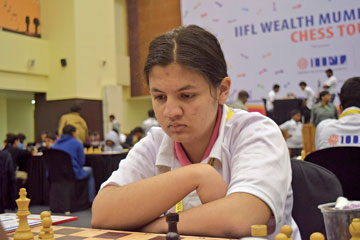 Devanshi Rathi is just 18, but her interests and achievements already run into a list. However, the one passion that overshadows all others is her love for chess, a game that has brought her name, fame and honour and redefined her life by opening up other avenues to make her what she is today: a writer, blogger, mentor, philanthropist, celebrity and a diehard chess enthusiast.

Devanshi Rathi hails from a traditional Marwari business family that has been living in New Delhi for over 150 years. As an international level chess player, she already has a string of prestigious awards to her name. Devanshi’s father, Anurag Rathi, runs a construction steel business, while mother Nandita, who earlier was engaged in various projects, has given it all up for the sake of her growing daughters, and now, among other things, helps the multitalented Devanshi manage her various interests and engagements. 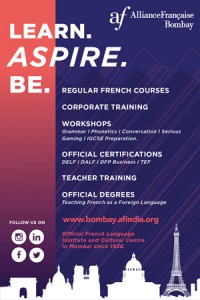 So how did it all begin for Devanshi? “I was eight years old when it all began. I was a very energetic and hyperactive child and so my mother made me join chess in school, in the hope that it would calm down my nerves a bit,” she says. In a fortunate stroke of serendipity, not only did chess calm her down but it also helped her discover her innate talent for the game. “I started learning  chess from my school coach, and then after about a year-and-a-half of training, I discovered that I had a passion for the game that was more than a mere hobby,” says Devanshi. To hone her talent, she next headed for professional training, which included participation in Grandmaster and International Master Camps (where top-level coaching is imparted by grandmasters and international masters), while simultaneously taking part in various tournaments. Her very first tournament, incidentally, was at her alma mater, the Modern School, at Vasant Vihar, New Delhi, in 2009. 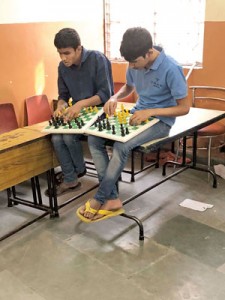 Having represented Delhi in various national tournaments and won numerous laurels since, including the Commonwealth Championship Bronze Medal in the U-18 Girls category and the Arena International Master Title by FIDE, life for Devanshi should have been all about taking her chess career further. But this was not how things were to be. “I wanted to turn pro when I was 14 or 15, but after going through the rigorous training routines and the amount of school that I was missing, I wasn’t able to think of chess becoming my career,” says Devanshi. “Moreover, I felt that my memory wasn’t as good as a grandmaster’s, and that I had an analytical mind which was useful for business ventures and social initiatives instead. So, I switched from a fully professional chess career to something completely different.”

Even though she has not been able to follow her dream of becoming a pro, in retrospect, Devanshi says, “I believe that chess has made me think dynamically and it has opened new platforms for me. I have been able to do a lot of different things since.”

Devanshi’s spectrum of interests today include writing for different sports websites, maintaining her personal blogs, publishing (her own books), managing a professional chess team, philanthropy and, of course, playing chess. These, however, are just some of the positive outcomes of chess; there are others. Devanshi feels chess has made her mentally agile and strong too. Further, it has provided her with the opportunity to meet and interact with some of the world’s strongest players, including grandmasters and, significantly, it has helped her meet International Master Vishal Sareen, who has been her mentor since 2011 and who has changed the course of her career in the game. “Through him,” Devanshi says, “I was able to meet players like Abhijeet Gupta, Sahaj Grover, Pentala Harikrishna, Vaibhav Suri and many more.” 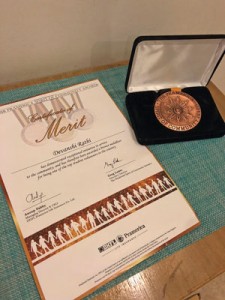 Years of chess have infused a certain maturity and a sense of purpose in Devanshi that goes beyond her 18 years. It shows in her ability to manage a chess team called Delhi Dynamite, which has numerous grandmasters and international masters in its squad. Devanshi explains: “The Delhi Dynamite team was formed in October 2016 and is a part of the International PRO Chess League, which is a one-of-a kind online rapid chess league with the most famous players of the world, including Magnus Carlsen, Viswanathan Anand, Pentala Harikrishna, Hikaru Nakamura, Fabiano Caruana and many more.”

Delhi Dynamite, incidentally, is among the only two Indian teams in the league, the other being Mumbai Movers, which is led by Viswanathan Anand. “I started Delhi Dynamite because my coach IM Vishal Sareen put me on board with him to run a chess team in a chess league,” Devanshi continues. “Nobody knew where we were headed when we put the team together, but over time, its popularity grew in abundance and we just kept going.” The team has won the Eastern Division (which is one of the four divisions of the league worldwide, according to geographical locations) last year and was runner-up this season.

Apart from running Delhi Dynamite, yet another of Devanshi’s major achievements is the founding of a non-profit venture called Project Checkmate (in 2016)—a philanthropic initiative aimed at teaching chess to underprivileged children, including blind children. It also aims to help them learn basic life skills. “I was fascinated by the way the blind played chess but was saddened by their circumstances, in terms of the quality of chess material and training,” says Devanshi. To make a difference, she stepped in and today she feels happy that she has been able to help in a small but positive way. She now teaches her students chess via online Skype classes, e-mails them homework and goes to the National Association of the Blind at RK Puram, New Delhi sometimes for live sessions. She also organises a variety of events and tournaments for them within the city and beyond.

Project Checkmate may be at its nascence, but it has already begun to earn kudos for Devanshi, who recently has been honoured with the prestigious Queen’s Young Leaders Runner-up Award. Started in 2014, the Queen’s Young Leaders Award programme had four years of award winners and runners-up, Devanshi being one of the youngest runners-up in 2018 (from over 4,000 applicants), its concluding year. It is run jointly by the University of Cambridge Institute of Continuing Education, Royal Commonwealth Society, Comic Relief and The Queen Elizabeth Diamond Jubilee Trust. It recognises youth who have been change-makers in their communities. The award has brought her a number of exciting opportunities, including a one-year tailor-made online distance-learning course from the University of Cambridge Institute of Continuing Education.

At 18, Devanshi has much to be proud of, but she says she wants to do lots more, as she wants to “make a positive difference to the world”. To make this happen, she intends pursuing higher studies abroad, but without giving up chess or her projects for which she says she has toiled so much that she can’t live without them. To ensure this, she is thinking of putting a system in place which will allow her to co-ordinate her activities when she’s not here. If that sounds implausible or conjures any doubt, Devanshi stamps it out with a resolute “I just want to do it!”, exhibiting steely resolve and a sense of purpose that her tender age belies.