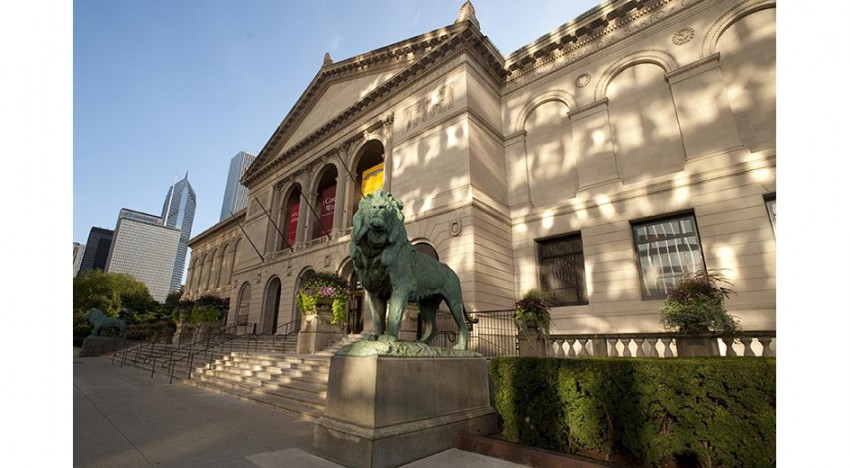 It was in 1814 that the first Indian museum opened its doors to the public in Kolkata (then Calcutta). Since then, our country’s museums have tirelessly undertaken the mammoth task of preserving our collective past. These spaces play the vital role of making our histories and identities accessible to us, enabling us to grasp the significance of our ancient civilisations and our rich history. Their endless corridors and glittering rooms, full of ancient and modern annals, fill our hearts with a sense of pride. Wonder, curiosity and beauty dance through these spaces, sometimes etching a permanent home for themselves in our minds and affecting us for years to come. As grown-ups, we may continue to visit these institutions to nurture our desire to know more, but as young children in the pre-Internet era, this is where most of us first found out about faraway cultures apart from storybooks and our history texts, before graduating to newspapers and travelling the world.

Bearing in mind the indispensability of our museums, the Ministry of Culture, Government of India, dedicated to overseeing our national museums, has launched a four-year professional exchange programme with the Art Institute of Chicago (AIC).
This programme, called the Vivekananda Memorial Programme for Museum Excellence, was conceptualised in 2012 to commemorate the visit of the great thinker and philosopher Swami Vivekananda on the occasion of the World Parliament of Religions in 1893. Officials at the AIC (which has had a special place in our history for over a century), namely the president, Dr Douglas Druick and director, Eloise W Martin have released a joint statement in which they have declared: “In his electrifying speech, Swami Vivekananda expressed his deep belief in universal tolerance and acceptance. He strongly espoused working together in peaceful harmony, while celebrating, rather than attempting to eradicate, our differences, free from any malice or prejudice. It’s fitting that his inspiring ideals became the founding principles of this groundbreaking programme established in his memory.”
Now, Indian museum professionals have the opportunity to travel to Chicago for seminars, demonstrations and hands-on workshops. Moreover, the programme will result in the establishment of the AIC as a resource centre for Indian museum professionals. The facilities include a follow-up protocol in which visiting museum professionals can train their counterparts in India. The alliance will also facilitate loan exhibitions between Indian museums and the AIC. Training will introduce an intensive curriculum, which will include implementation of preventive care measures and execution of permanent collection exhibitions at each participating museum. The 2014-15 programme will focus on exhibition planning and management, with spotlight on theme progression, checklist creation, project management, conservation, education and development.

However, perhaps, the most important aspect of the programme is the database called ‘Jatan’, created jointly by the AIC and the Indian government, and which intends to digitalise the paper-based records of the affiliated Indian museums. This single searchable database and taxonomic system, which will document the museums’ collections, will eventually be used across all museums in the country, making them accessible across a universal platform. In other words, soon all of India’s rich cultural legacy, dating back thousands of years, will be available to anyone with Internet access and an interest in history.

Dr Madhuvanti Ghose, who oversees Southeast Asian, Himalayan and Islamic art at the AIC, shares a special connection with the arts and artisans of Rajasthan. Her endeavours to promote the state’s unique artistic traditions include two loan exhibitions to be held in the region—one on the Pichhwais of Nathdwara and the other on the arts of Jaipur. In an exclusive interview, Ghose highlights why Rajasthan has pride of place in the museum exchange programme.

What attracts you to traditional Rajasthani art forms and artisans?

I have been interested in the traditional arts of India for as long as I can remember. Even as a young girl of 13, I was fascinated by Rajasthani families who have been passing down their skills to the next generation for centuries. That is something so rare in the world today, and it’s what keeps drawing me back.
I find myself increasingly drawn to contemporary artists who have also looked at the work of such traditional artists. For example, one of our current exhibitions at the AIC focuses on the works of Nilima Sheikh, whose work has been enriched by her interest in the traditional arts and crafts of India.

Being an Indian, how have you attempted to contribute to a better undersrtanding of the works of these traditional artists?

Rajasthan has a long and unbroken tradition, which makes it an interesting region for art historians to study. The talented artists and artisans have become living embodiments of certain traditions that have enriched India for generations. In recent years, I have personally spent extensive periods of time in many of these artists’ homes, researching their techniques. As an institute, we have been working closely with these artists, too. Apart from learning how their works of art are made, these experiences have also taught me to preserve and conserve ancient works of art.

What do you find alluring about the Pichhwai paintings of Nathdwara?

I was particularly drawn to the traditional craftspeople of Rajasthan after a visit to Nathdwara with my mother when I was a teenager. Nathdwara is a temple town where the practice of passing on ancient traditions—used in 17th and 18th century paintings—to the next generation is going strong even today. In addition to being struck by their artistry, I have been equally impressed by the temple itself, around which these painters have lived, as well as the aesthetic traditions of the Pushtimarg sect in their veneration of Shrinathji (an avatar of Lord Krishna).

How can the AIC help take these indigenous art forms to the world?

Since the Art Institute of Chicago is extremely interested in the traditional arts of India, we are doing our best to educate patrons and enhance our collections in the United States. At the same time, we are working closely with our Indian counterparts to find ways to sustain these arts as we take them to new audiences.
As a curator, I very much wanted to introduce the art of Rajasthan to the Art Institute of Chicago. Yet today’s India, which is changing so rapidly, seems oblivious to the work of these traditional artists. I worry that the speed at which India is changing has resulted in many families not wanting their children to carry on with these traditions. In some ways, it’s easier to get the rest of the world to appreciate these living treasures, but much harder to get Indians to do the same, and therein lies our challenge.