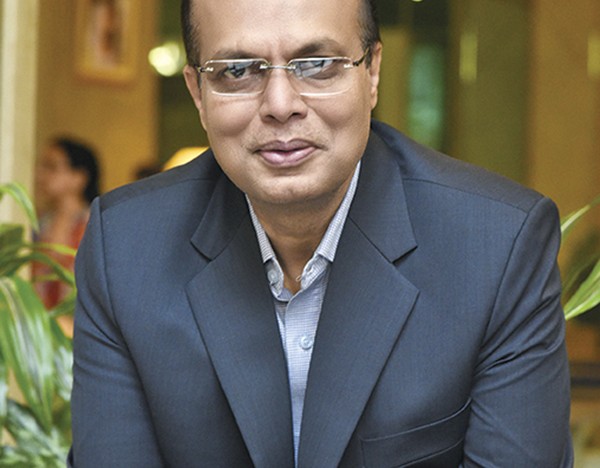 For a brand that dates back to a time when tailored clothing was de rigueur for fashion conscious men, Donear has ridden the winds of change to emerge stronger and better prepared for the future.

Vishwanath Agarwal, the man who together
with his sons Rajendra and Ajay founded Donear Industries Ltd, is 79 years old now. Despite his advanced age, he remains connected with the business, though it is elder son Rajendra Agarwal who runs the show, with, of course, brother Ajay shouldering part of the responsibilities. 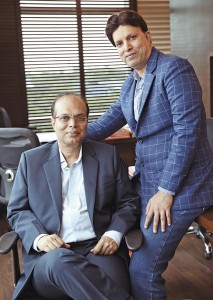 The birth of a brand

Talking about Donear’s inception, Rajendra Agarwal enumerates his father’s many positive attributes, before taking us back to the year 1959, when Vishwanath Agarwal left home in Lakshmangarh, Rajasthan to make his future in Bombay (now Mumbai). In Bombay, he took to trading in mulmuls (grey fabric used for making saris, dhotis, etc), working hard to stabilise the business, but only to lose it all in a devastating fire in 1971. Starting anew, he got into a partnership to trade in Jiyajeerao Cotton Mills’ newly introduced synthetic fabrics in 1972-73, but not really content with being a trader, in 1977 he coined the Donear brand name and took to small scale manufacturing, backed by rented looms at Bhiwandi (in Bombay).

Vishwanath Agarwal had no serious plans to turn textiles into a family business by inducting his sons into it, until an unsavoury incident that called his technical knowledge of weaving into question had him change his mind. With that, he swore to turn his son Rajendra into a textile engineer. Rajendra Agarwal, on his part, agreed without demur, his only condition being that he would put up a factory and wouldn’t be just a trader.

With that, the academically brilliant Rajendra Agarwal proceeded to Victoria Jubilee Technical Institute in Bombay to do his BTech in textile engineering and then joined ranks with his father in Donear, after passing out with a gold medal. 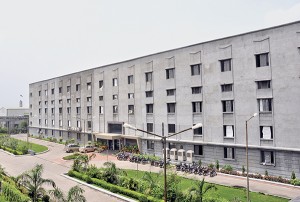 Big-time business
In the meanwhile, his father had bought the land for setting up a factory, as he had promised—a one-acre plot at Murbad, in Maharashtra—which was presented to Rajendra on the day he graduated. With that, Donear’s first plant, a polyester viscose fabric unit, came into being at Murbad, setting the Agarwals on the road to big-time business. The Agarwals have maintained an even keel since with Rajendra Agarwal taking control of the production, finance, administration and HR side of the business as the managing director of Donear Industries Ltd, and Ajay taking over sales and marketing, as the company’s executive director. Along the journey, they have also kept abreast of the dramatic changes that the men’s fashion industry has undergone over the decades.

Soon after setting up the Murbad plant, the Agarwals put up a second plant at Umbergoan, Gujarat, and then in 1989, a polyester textile yarn plant at Silvassa. These were followed by a fabric unit at Silvassa in 1994 and a second fabric unit (also at Silvassa) in 1999. Whereas both these fabric units are still running, the polyester yarn unit turned out to be unprofitable and was shut down in 2004. Realising the importance of cotton fabrics, the very next year the Agarwal trio was back to the boardroom weighing options about their next cotton fabric plant in Surat and also to chalk out their product strategy for the future. To make a dent in the market, they decided to invest heavily in a liquid ammonia treatment plant which makes cotton fabric wrinkle-resistant (of which only 16 had been installed till then in the world), and today, looking back, Rajendra Agarwal thanks himself for it. “I thought that if I install this liquid ammonia machine, then immediately all the customers would take notice of me and treat me seriously; and today, true enough, almost all brands in India buy our fabrics,” says Rajendra Agarwal.

Slow and steady wins the race
For Donear, growth, however, has been slow and steady, feels Rajendra Agarwal, considering that the company is four decades old. The reason for this is the Agarwals’ extremely calculated approach to business. “By and large, we are conservative, because our belief is that business should be done with ethics and slowly and steadily—and with very, very careful planning. We don’t rush basically,” says Agarwal. 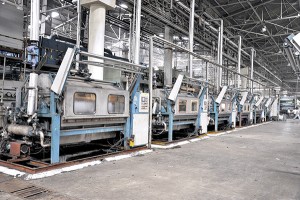 This measured approach to business may not have put Donear ahead of time, but has helped it be there just on time, feels Agarwal. It has also helped them be trendsetters in the market, having started the practice of sending company sales officers together with distributors to retailers—a gesture much appreciated by retailers—and introducing gift packs for festive gifting. Both have been adopted by other fabric manufacturers since.

Planning for the future

In 2009, Donear realised that the future of the business lay in garmenting and retailing, and accordingly introduced two new brands that were in keeping with changing market trends and customer preferences: D’Cot and Donear NXG. While D’Cot (or Donear Cotton) offered a range of casual and semi-formal cotton menswear, available through exclusive brand outlets, Donear NXG offered formal and semi-formal wear, retailed through multi-brand outlets.

Donear NXG, incidentally, is now headed by Rajendra Agarwal’s son, Rahul Agarwal, who joined the family business six years ago, after graduating from Babson College, USA. Starting with D’Cot, he went on to work in various capacities, including overseeing the successful completion of Donear’s head office in Andheri, Mumbai and Donear’s Surat plant, which is a fully equipped, state-of-the-art facility for yarn dyeing, weaving, processing and packaging. 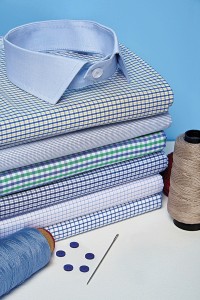 Complementing him is his cousin Surya, Ajay Agarwal’s son, who has joined the business just this year, after graduating from Michigan University, USA. Surya already seems to be very strong on the operations side of the business and the duo complements each other and holds

promise as the next generation of the Agarwals, just as their fathers have before them.

Donear’s biggest spurt of growth interestingly has come close on the heels of the next generation stepping in. Earlier this year, it has acquired two very prestigious companies: Grasim Bhiwani Textiles Ltd (GBTL), a poly-viscose fabrics subsidiary of Grasim Industries; and OCM Woollen Mills, a reputed woollen and worsted fabrics manufacturer. Apart from providing marketing synergies and added production capabilities, these acquisitions have widened Donear’s product portfolio to include offerings in every segment. Earlier, Donear was catering to mostly the middle-class, but with these acquisitions, it has the complete product range to cater to high-income as well as middle-income groups. 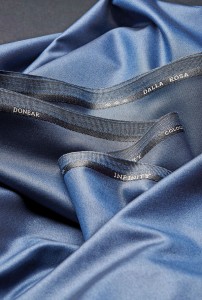 With this, Donear’s product portfolio now boasts the entire gamut of menswear, be it casuals, semi-formals or formals and also the entire range of fabrics such as cotton, polyester viscose, terry rayon, cotton wool, poly wool, all wool, etc. Most of these are marketed in India through an extensive network of 290 wholesalers and 12,000 retailers and the rest is exported. While Donear exports 10 per cent of its produce, GBTL exports half of its production.

So where does all this put Donear vis-à-vis its contemporaries? “In the branded segment, we are among the top three players after Raymond and Siyaram,” says Rajendra Agarwal. And where do you foresee Donear going in the next five years? “Our aim is to grow by minimum 100 per cent; it may reach 200 per cent also,” he replies. 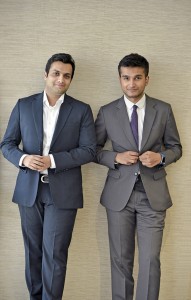 The future
Whether this ambitious target will be achieved, the future will tell. But bearing in mind that Donear has been named among the ‘70 Most Trusted Power Brands’ at the recently held Power Brands Mumbai Summit (which is counted among the most prestigious awards for brand positioning and recognition) and that there are now three generations of Agarwals to take the group’s interests further, Donear certainly seems headed for better times.