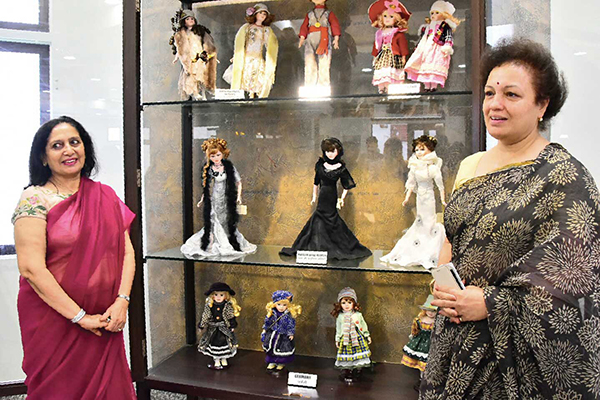 The recently renovated Dolls Museum of Jaipur has received a new lease of life and is once again staking claim for a spot in the city’s tourist map.

COME TO THINK OF IT, IT ISN’T THAT UNUSUAL FOR a relic or a monument of historical importance to fall into decay and disrepair. Over time, it could even ebb away from public memory to a forgotten remnant of a city, state or nation’s glorious past. Take Mumbai’s many forts, for example, or a number of baolis across India’s northern states. But, once in a while, it does happen that a relic or a monument gets a new lease of life and it once again stakes claim to become the city’s star attraction. 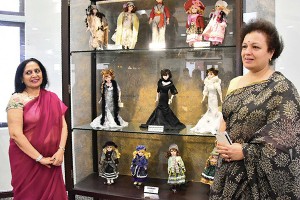 The famous Dolls Museum of Jaipur, which is also locally known as ‘Doll House’, was recently presented with this rare opportunity. It was established in 1974 by the family of Bhagawani Bai Seksaria and run by the Smt Seksaria Charitable Trust. At the time, the museum housed over 300 dolls from 40 different countries, including Switzerland, Iran, Afghanistan, Egypt, Uganda, Jordan, Ghana, Indonesia, Syria, New Zealand and Malaysia. Visitors also had the opportunity to see dolls from various states of India. It was the first institutionally designed international ‘Dolls Museum’ in the country and attracted hordes of visitors through the 1970s and ’80s.
However, the good times did not last for too long. Time, environmental factors and probably disinterest took a toll on the museum. The dolls began to suffer and slowly, the museum began to fall off the tourist map of Jaipur.

Comeback trail
However, the Dolls Museum did not fade into obscurity. In 2011, a chartered accountant from Jaipur, S S Bhandari, happened to visit the place. “The condition there made us sad. Most of the dolls were covered with a thick layer of dust. A few of them were broken,” he says. So, in 2012, Bhandari signed an MOU with the education department of the Government of Rajasthan to restore the museum and bring it back to life. 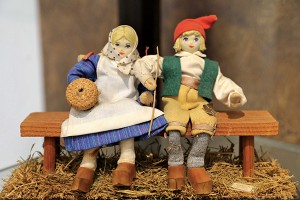 Construction on a new wing commenced. In July 2017, the new ‘Savita Ranjit Singh Bhandari’ wing was opened to the public. It is named after S S Bhandari’s mother. The expenses for its construction have been borne by a trust named after Bhandari’s parents. Additionally, a central cooling system has been installed. Wooden showcases have also been built to keep dirt and dust away. The focus of the renovation is to make the museum experience more attractive and informative.

The new wing is connected to the old one through a central lobby.

The 600-700 dolls now housed here represent the culture, clothing and expressions of the country they were sourced from. To ensure that the dolls displayed were authentic, several embassies were approached and their help was sought in procuring the dolls. At the same time, an art conservator from Jaipur, Rashmi Sharma, was entrusted with the responsibility of restoring the old collection to their original profile.

It was quite a task to bring the dolls back to their former glory without damaging them in any way. Some of the dolls were covered in dirt and dust, while others had tattered clothes and broken faces. Sharma had to tread carefully. It was a challenging process. Putty, wood, earthen material, cloth and porcelain were used for the restoration. The aim was to avoid changing the colours and expressions of the dolls. The restoration work was completed with such precision that today one cannot distinguish between a new and an old doll. 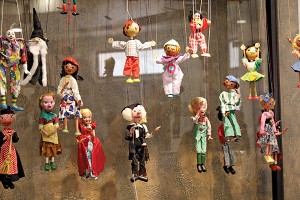 Must-see
Visitors heading to the museum are in for a treat. Among its many crowd-pullers are the famous Japanese Hina Matsuri dolls. These traditional dolls are one of the oldest in Japan. The country is also represented through several other dolls, which have been donated by the Rotary Club of Japan. Their cost is estimated to be around `10 lakh. There are also dolls displaying the rich culture and clothing of Arab countries, Sweden, Switzerland, Afghanistan and Iran, among other countries.

Indian heritage is represented by dolls displaying couples from India dressed in wedding attires—both brides and grooms—from various states, children at school, dances of India, festivals and culture, etc. In keeping with the times, dolls of children’s favourite superheroes such as Spider-Man, Han Solo, Batman, Captain America, Hulk and Agent Venom, among others, have been added to the collection. The process of how dolls are made has been described on the walls. In addition, a presentation will be played for tourists that will give information on how dolls are made around the world.

The renovated doll house was inaugurated at the end of July. The entry fee is `5 for children, `10 for adults and `50 for international tourists. It is open for tourists from 9am to 6pm six days a week (except Tuesdays).